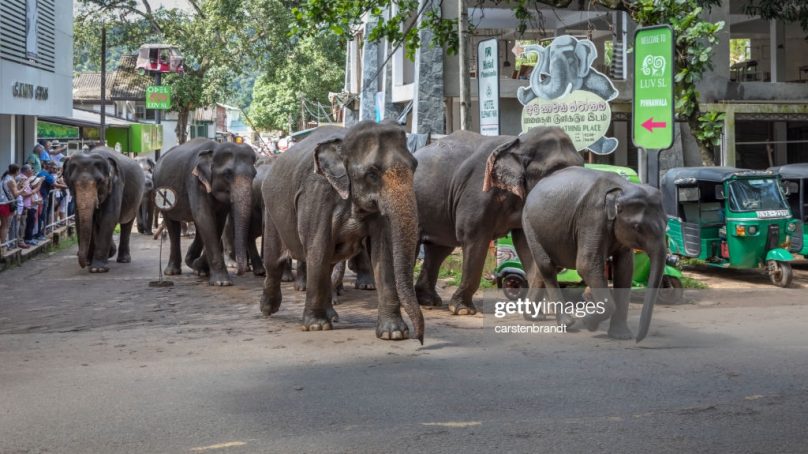 As humans encroach on the habitat of wild animals, is it any surprise that they advance upon ours? On September 8, 1488, the French fiefdom of Beaujeu issued an unusual order. Curates were charged with warning slugs three times “to cease from vexing the people by corroding and consuming the herbs of the fields and the vines, and to depart”.

Mary Roach cites this episode in her introduction to Fuzz: When Nature Breaks the Law, eliciting the first laugh of many in a book in which she turns her deft wit on the destruction and death that results from human-wildlife conflict. It is a fitting sequel to her previous ‘science-ofs’: Stiff (about cadavers), Spook (the afterlife), Bonk (sex), Gulp (eating) and Grunt (combat).

Beyond medieval proceedings against slugs, caterpillars and weevils, Roach addresses more modern resolutions to our rivalry with species that “regularly commit acts that put them at odds with humans”. Travelling from the alleyways of Aspen, Colorado, where epicurean bears forage among restaurant dustbins, to “leopard-terrorised hamlets” in the Himalayas, she investigates how wild creatures from cougars to crows menace humans, their crops and their property.

Fundamentally, she asks: when we encroach on the habitat of wild creatures, is it any surprise that they advance on ours? Perhaps nowhere is this collision clearer than in the Indian region of North Bengal, where, each year, dozens of people die after elephant attacks. Elephants there forage at night and sleep by day in patches of teak and red sandalwood trees, the remnants of forests that once stretched from the state of Assam to the eastern border of Nepal.

This elephant corridor was fractured by imperialist-era tea estates and more recently by military bases. As the population of elephants in the remaining pockets spikes, the animals are wandering into villages, eating crops and grain stores.

A bull elephant in must – the periodic hormonal tumult signified by frequent erections and ogling eyeballs – is highly aggressive and can crush people. Roach accompanies researchers from the Wildlife Institute of India in Dehradun to visit “awareness camps”, where they teach villagers to stay calm and call the local Elephant Squad so that rangers can herd roving elephants back into the forest.

Even better, conservationist Dipanjan Naha tells her, would be to install seismic sensors to warn of approaching elephant footfalls. But, as one officer notes: “We are disturbing them.”

In India, where in Hindu tradition elephants are the incarnation of the god Ganesha, it is customary to offer compensation to the families of those killed by elephants, and by leopards.

In the United States, by contrast, the focus is not on compensation but on euthanising the few bears who attack and kill humans. With bears, too, habitat fragmentation as well as climate change appear to play a major part in the conflict with humans.

Major highways on the US-Canada border might restrict the movement of black bears. In California, drought is pushing bears into urban areas and, during a record-breaking heatwave earlier this year, into the waters of Lake Tahoe.

Once upon a time, bears in the forests around Aspen, Colorado, dined well on acorns, chokecherries and “the outrageous fecundity of crabapple trees”. Roach watches them in the wee hours gorging instead on crab legs and cabbage leaves, tossed out by the city’s restaurants. Stewart Breck at the National Wildlife Research Center in Fort Collins, Colorado, argues that limiting the availability of human food can reduce the need to kill or ward off marauding bears. But replacing busted bear-resistant dumpsters, hiring staff to enforce bin-locking laws and issuing tickets to restaurants and “alpha residents” who ignore local waste-disposal ordinances isn’t easy: “the county is home to about as many billionaires as bears,” Roach writes.

Often, it’s our meddling that created the threat in the first place, as when humans introduce animals that inflict unbridled harm upon native species. Case in point: carnivorous stoat (Mustela erminea), that were shipped from Europe to New Zealand in the late nineteenth century to control rabbits, themselves originally imported for food and sport.

New Zealand launched the Predator Free 2050 programme to protect native biodiversity by eradicating stoats and two other invasive predators, rats and brushtail possums (Trichosurus vulpecula). The effort relies on humane trapping as well as helicopter drops of a biodegradable toxin called 1080. The programme has led to some small predator-free havens such as Tiritiri Matangi island, but 1080 also kills deer and native kea birds (Nestor notabilis).

Such trade-offs are complex, and Roach does a fine job of weighing human needs against those of pests and predators. After all, it can be ruinous for Indian villagers to have their granaries looted by elephants and dangerous for people in Delhi to be attacked by hordes of macaques.

(Roach is at her most entertaining when she attempts to track down Ishwar Singh, chief wildlife warden for the Delhi government and an expert on macaque contraception. He finally answers her call with two words, “laparoscopic sterilisation”, before slamming down the phone.)

But the biggest pest is clearly us. As a 2020 report by the conservation group WWF shows, populations of wild mammals, birds, fish, amphibians and reptiles have dropped by 68 [er cent on average since 1970, and one million wildlife species are in danger of extinction, because of burned forests, overfished seas, and the destruction of wild areas. There’s no mirth in that.

Covid vaccine boosters: Scientists differ on whether a third shot will lock out new infections