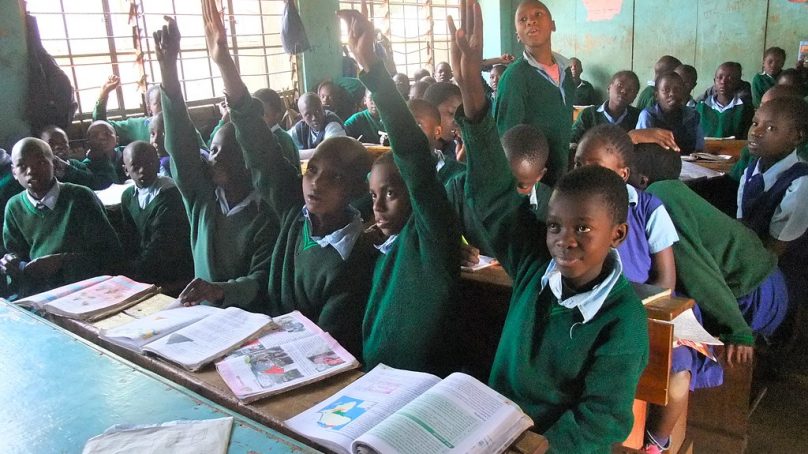 Why schools are unlikely coronavirus hotspots

Data gathered worldwide are increasingly suggesting that schools are not hotspots for coronavirus infections.

Despite fears, Covid-19 infections did not surge when schools and day-care centres reopened after pandemic lockdowns eased. And when outbreaks do occur, they mostly result in only a small number of people becoming ill.

However, research also shows that children can catch the virus and shed viral particles, and older children are more likely than very young kids to pass it on to others. Scientists say that the reasons for these trends are unclear, but they have policy implications for older children and teachers.

Schools and childcare centres seem to provide an ideal setting for coronavirus transmission because large groups gather indoors for extended periods of time, says Walter Haas, an infectious-diseases epidemiologist at the Robert Koch Institute in Berlin.

Yet, globally, Covid-19 infections are still much lower among children than among adults, he says. “They seem rather to follow the situation than to drive it.”

Data collected globally have previously shown that schools can reopen safely when community transmission is low.

But even in places where community infections were on the rise, outbreaks in schools were uncommon, particularly when precautions were taken to reduce transmission. More than 65,000 schools in Italy reopened in September as case numbers were climbing in the community. But only 1,212 campuses had experienced outbreaks four weeks later. In 93 per cent of cases, only one infection was reported, and only one high school had a cluster of more than 10 infected people.

In the United States, community transmission remained high in many places when schools started to reopen in August and the proportion of infections in children continued to climb, says Ashlesha Kaushik, a paediatrician in Sioux City, Iowa, and a spokesperson for the American Academy of Pediatrics.

But it is unclear how often outbreaks that originate in schools contribute to community transmission, because other factors, including the easing of restrictions on businesses and gatherings, have also contributed to community spread. Increased testing later in the pandemic has probably also boosted case numbers, says Kaushik.

Researchers suspect that one reason schools have not become COVID-19 hotspots is that children — especially those under the age of 12-14 — are less susceptible to infection than adults, according to a meta-analysis4 of prevalence studies.

And once they are infected, young children, including those aged 0-5 years, are less likely to pass the virus on to others, says Haas. In an analysis of German schools, Haas’s team found that infections were less common in children aged 6-10 years than in older children and adults working at the schools.

“The potential to transmit increases” with age and adolescents are just as likely to transmit the virus as adults, he says. Teenagers and teachers should be the focus of mitigation measures, such as wearing masks or a return to online lessons when community transmission is high, says Haas.

This gradient in infectiousness is emerging in other data sets, too. In the United States, the rate of infection is twice as high in children aged 12-17 years as it is among 5-11-year-olds.

According to data on 200,000 school students across 47 US states gathered by economist Emily Oster at Brown University in Providence, Rhode Island, incidence was highest in high-school students, followed by those in middle school and then elementary school.

But “we don’t actually understand the natural history of transmission in children, because we mitigate against it”, says paediatrician Fiona Russell at the University of Melbourne, Australia, who was involved in the Victoria school-outbreaks study.

Evidence gleaned from national Covid-19 statistics also has shortcomings. In the United States, for example, asymptomatic infections are still being missed because of policies that only people who develop symptoms are tested.

Why young children seem less likely to spread the new coronavirus to others is unclear, says Haas. One possibility is that because they have smaller lungs, they are less able to project infectious aerosols than are adults. Haas says this occurs in tuberculosis. But in tuberculosis, infection is spread from lesions in the lungs; SARS-CoV-2 infections are different, because the virus infects the upper airways. The question “puzzles me”, Haas says.

Another possibility is that children tend to transmit less virus because they are more commonly asymptomatic. In a UK study of 2-15-year-olds, up to 50 per cent of infected children developed no symptoms.

“There’s no such thing as zero transmission or zero risk,” says Russell. But the risk of infection at school is low, especially when community transmission is low, she says.

Analysis: How the experts messed up on coronavirus