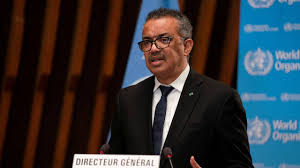 WHO report into Covid pandemic origins zeroes in on animal markets, not lab

Markets that sold animals – some dead, some alive – in December 2019 have emerged as a probable source of the coronavirus pandemic in a major investigation organised by the World Health Organization (WHO).

That investigation winnowed out alternative hypotheses on when and where the pandemic arose, concluding that the virus probably didn’t spread widely before December or escape from a laboratory. The investigation report, released on Tuesday March 30, also takes a deep look at the likely role of markets – including the Huanan market in Wuhan, to which many of the first known Covid-19 infections are linked.

“We could show the virus was circulating in the market as early as December 2019,” says the WHO’s Peter Ben Embarek, who co-led the investigation. He adds that this investigation is far from the last. “A lot of good leads were suggested in this report and we anticipate that many, if not all of them, will be followed through because we owe it to the world to understand what happened, why and how to prevent it from happening again.”

Eddie Holmes, a virologist at the University of Sydney in Australia, says that the report does a good job of laying out what’s known about the early days of the pandemic – and notes that it suggests next steps for study.

“There was clearly a lot of transmission at the market,” he says. “To me, looking at live-animal markets and animal farming should be the focus going forward.”

Nevertheless, exactly what happened at the Huanan market remains unknown. Genomic analyses and inferences based on the origins of other diseases suggest that an intermediate animal – possibly one sold at markets – passed SARS-CoV-2 to humans after becoming infected with a predecessor coronavirus in bats.

After the report’s publication, WHO Director-General Tedros Adhanom Ghebreyesus, who was not directly involved with the investigation, posted a statement saying that he looks forward to future studies of the coronavirus’s animal origins, but that he wasn’t content with the examination of a potential laboratory leak.

“I do not believe that this assessment was extensive enough,” he wrote. “This requires further investigation, potentially with additional missions involving specialist experts, which I am ready to deploy.”

In late January and early February, 34 scientists from nations including China, Japan, the United States and the United Kingdom gathered in Wuhan and assessed data. The team has published its findings in a 300-page report.

Much of it is devoted to Covid-19 cases occurring in December 2019 and January 2020. Two-thirds of the 170-odd people who had symptoms in December reported having been exposed to live or dead animals shortly beforehand and 10 per cent had travelled outside Wuhan.

Chinese researchers sequenced the genomes of SARS-CoV-2 from some of the people in this group, finding that eight of the earliest sequences were identical and that infected people were linked to the Huanan market. This suggests an outbreak there, according to the report.

However, researchers also found that these genomes varied slightly from those in a few other early cases. Some linked to the market; others did not. This means that the coronavirus might have been spreading under the radar in communities, evolving along the way, and coincidentally occurring in people linked to the market, says the report.

Another possibility is that an outbreak occurred at a farm that provided animals to the market, suggests Holmes. Several infected animals – with slightly different variations of SARS-CoV-2 – might have then been sold at markets in Wuhan, sparking multiple infections in humans.

Plenty of animals were sold at the Huanan market. December 2019 records list poultry, badgers, rabbits, giant salamanders, two kinds of crocodile and more. Chinese officials said that the market didn’t sell live mammals or illegal wildlife, the report adds, but also references unverified media reports suggesting that it did, along with photos that Holmes published after a trip there in 2014, of animals such as live raccoon dogs.