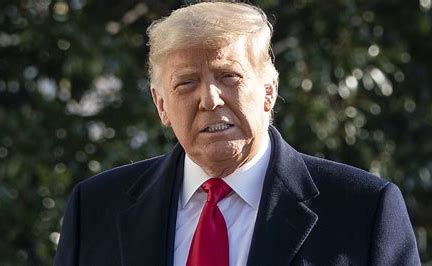 Last month, Florida Governor Ron DeSantis signed into law a controversial bill to regulate social media that represents the culmination of months of conservative attacks on free speech and the Constitution.

The bill is designed to force social media companies such as Facebook and Twitter to host speech from conservative speakers, regardless of whether that speech violates the policies of those platforms or even whether the speech would be actively harmful or illegal.

At its core, the right to freedom of speech protects citizens from a government that could dictate what information people can share and see. This right is sacred and sets us apart on a global scale.

However, many conservatives now claim that “censorship” from private companies presents an even greater threat than censorship from local, state and federal governments. But this ignores the core reason that the First Amendment focuses on government censorship: If the government forces a private business to speak or blocks its ability to do so, there is no recourse for that company. It must comply, or it violates the law.

Without this protection, when a private party hosts speech that those in power disagree with, it may be shut down — a move that some conservatives, including the former president, think is a good thing.

When Facebook blocked the account of former President Donald Trump, it wasn’t as though Trump simply disappeared and could no longer communicate legally with his supporters or followers, nor did it stop his supporters from continuing to post pro-Trump content on the website. All that it meant was that Trump couldn’t use his Facebook account. He could use other platforms, as evidenced by the fact that he launched his own website in May of this year, which gave him free rein to post as much as he wanted, though the former president quickly shuttered it.

This is what makes the First Amendment so great: Alternatives exist when a private company moderates content. If you can’t use one platform, you can find another where you might be more welcome. However, according to many of those crying “censorship,” this protection against government control of speech only matters so long as it protects conservative speech – not speech from those conservatives dislike.

After DeSantis signed the Florida law, the state lieutenant governor said, “Thankfully, in Florida, we have a governor that fights against Big Tech oligarchs that contrive, manipulate, and censor if you voice views that run contrary to their radical leftist narrative.”

What Jeanette Nunez did not mention was that when the law threatened to hurt Disney and other companies with a major footprint in the state, the drafters created an exemption so those companies were not “caught up in this.” In other words, drafters designed the law to attack only the particular actors DeSantis disagrees with.

Those who don’t care about the Constitution might see this as a win, but remember that these types of victories are only short term. We rely so heavily on the First Amendment as a bulwark against government intrusion because political winds should not dictate what people can say.

Any proposals that degrade the institution because they serve an immediate political purpose open the door for retribution.

If Democrats similarly want to force companies to remove certain speech in the future, the First Amendment will not stand in their way if we weaken it now. Keep chipping away at the foundations, and it will crumble under the weight of political machinations.

And keep chipping away we do. Just last week, Republican Senator Roger Wicker of Mississippi introduced the Pro-Speech Act, which would force platforms to host some content that may violate their site’s terms. This could easily allow violent and explicit content to remain on a platform legally, and there would be little recourse platforms could take to remove that content.

The First Amendment only remains as strong as our desire to protect it. Fortunately, the Florida law will almost certainly be struck down by the courts, but the attacks on the principle will continue until we understand that we cannot weaponize the Constitution against those with whom we disagree.

is a technology and innovation policy associate at the R Street Institute, a free-market think tank based in Washington, DC