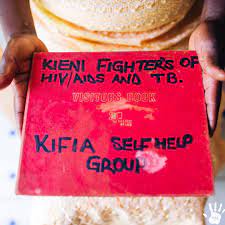 It’s been just over a year since the World Health Organisation declared a worldwide pandemic – on March 11, 2020 – and only a few months since Pfizer and BioNTech released data showing their vaccine was highly effective at preventing Covid-19, with other companies following soon after.

Merely weeks after the initial announcements, shots were entering Americans’ arms. That is remarkable progress. And for that, we owe a debt of gratitude to a group of people who have spent decades fighting another deadly scourge – HIV.

Through their hard work, HIV activists – with support from clinicians and researchers – helped restructure the government’s response to health crises, getting new treatments to patients faster than ever before. Although their primary purpose was to help people with HIV and AIDS, their work has likely saved many lives that would have been lost to Covid.

Here are four ways HIV activists transformed our response to the global coronavirus pandemic – along with lessons we have yet to learn.

On October 11, 1988, AIDS activists descended on the headquarters of the US Food and Drug Administration (FDA), demanding the agency make it easier to provide new treatments to patients. At the time, AIDS was the third leading cause of death among US men between the ages of 25 and 44, killing more than 10,000 people in 1988 alone. Activists demanded changes and created a media campaign to get their message across.

About one year after activists stormed the FDA, the agency followed the group’s advice and proposed a “parallel track” programme, giving patients access to as-yet unapproved drugs. The programme – now part of “expanded access” – is the reason Covid patients had rapid access to new treatments, such as remdesivir.

After creating the parallel track programme, the FDA created a new procedure to grant faster approvals for interventions during public health crises. The first emergency use authorisation (EUA) was granted in 2005, for a vaccine against anthrax. The Moderna, Pfizer-BioNTech and Johnson & Johnson (Janssen) Covid vaccines currently have EUA status and Covid-19 diagnostic tools such as PCR and rapid antigen tests were quickly authorised through the EUA process.

The National Institutes of Health (NIH) reviews applications for research grants at fixed periods, typically only a few times per year. That didn’t cut it during the height of the AIDS crisis, when the disease claimed hundreds of thousands of lives in the US alone.

In response to the public health emergency of HIV, the importance of which was amplified by activists, Congress established a more rapid review process for AIDS-related grants – a legacy that was extended in 2020 when the NIH granted expedited reviews of Covid-19-related research grant applications.

When officials couldn’t meet the needs of patients in the beginning of the AIDS epidemic, activists formed community organisations such as the Gay Men’s Health Crisis and ACT UP to help patients, raise awareness, teach prevention and advocate for more government assistance. T

Their efforts transformed the country’s response to the HIV epidemic and showed the vital role communities play in responding to health crises. Thankfully, that lesson wasn’t totally lost with Covid.

Communities came together to help administer vaccines and help run research projects, such as events offering Covid testing (and now vaccination) for all residents of one census tract in San Francisco. This campaign was mobilised via partnerships between academia, the public health department and the community.

There is one more lesson from HIV activists that I wish we would heed: Stop shaming people who become infected. HIV activists helped the public understand that infections aren’t a patient’s fault — pointing fingers could make matters worse, by discouraging people from getting tested, seeking care and being honest about their HIV status.

We aren’t doing a good job of this during Covid, where snitch lines and other shaming tools may do more harm than good. A no-blame approach to infections could help reduce the spread of Covid, particularly for vulnerable people who are unable to easily quarantine and maintain physical distancing.

Last year, as part of a pilot project testing a community-based approach to help people with Covid during quarantine, researchers (including my colleagues at the University of California, San Francisco) helped people who tested positive – mostly low-income and Latinx – by providing them with information about local resources, along with what they needed to stay safe at home, such as groceries, PPE and cleaning supplies. This supportive environment bred trust.

Some began to reveal more household contacts than they had at the outset of the project; several people who initially declined a hotel room during their quarantine period ended up requesting one, to keep others safe.

I shudder to think what our lives might look like right now if HIV activists hadn’t done such important work to reshape how we respond to new infectious diseases. It is vital to remember this history as we face two devastating and overlapping global epidemics – because HIV is, unfortunately, very much still with us — and work to bring both to a close.