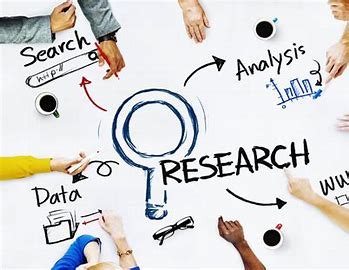 Research collaborations are the lifeblood of science. But it is often challenging to build an inclusive partnership that stays firm in the face of conflict.

Once collaborators lose trust in or respect for one another, it can be difficult, if not impossible, to salvage the team, says sociologist Martin Gargiulo, who studies social networks at the INSEAD business school in Singapore.

Team members should identify potential pressure points in advance to avoid collaborations breaking down irretrievably, he says. Holding regular, open discussions to ensure that everyone is still on board is also extremely helpful.

Some scholars back the idea of crafting a scientific ‘prenup’ agreement, or team charter, to clearly lay out roles, responsibilities and author contributions, and to establish processes for navigating conflict resolution.

Although a charter might not be that useful in a project’s early stages, when people haven’t yet worked together, its main advantage is encouraging team members to have that conversation, says researcher Inga Carboni, who studies organisational behaviour at the College of William & Mary in Williamsburg, Virginia.

They can then model how they will make decisions, address conflict and listen to one another, sharing strengths, weaknesses and preferred methods of communication, she says.

The charter strategy is integral to the Human Cell Atlas, one of the largest collaborations that the UK biomedical funder Wellcome supports. A global effort to create a 3D map of how all cell types work together, the project involves more than 2,180 biologists, computational scientists and clinicians from 77 nations.

In 2017, a year after the Human Cell Atlas was established, a committee for the consortium crafted a white paper that laid out policies and principles on data sharing and publishing; each consortium member must agree to abide by them.

“We want to be assured a good research culture is embedded in the work we fund, but we try to be flexible,” says Katrina Gold, portfolio manager for genetics and molecular sciences at Wellcome. “Instead of a one-size-fits-all approach, we ask applicants to detail how they’ll approach these concerns.”

Large grants involving multiple institutions and several principal investigators (PIs) are primed for conflict because parties are usually jockeying for money and prestige, says one anonymous established researcher at a small US West Coast university.

The researcher says that, in their experience, funders tend to support senior scientists at prestigious institutions. Junior researchers at less-prestigious universities often lack enough administrative support to be the lead PI on a collaboration, even if they have a central role in the research. This lack of control often leaves them dependent on the PI, the researcher says. They recommend seeking advice from other junior researchers who have worked with those PIs.

Carla Figueira de Morisson Faria, a physicist at University College London, thinks that science isn’t always the main motivator of large international collaborations. “It’s not going to be the best scientists who push an agenda through; it’s those with political power and resources,” she says. She advises those launching a multi-institution partnership to secure their group’s resources as soon as possible. In some cases, funds have been delayed or withheld, she warns.

After a colleague of Tanja Pyhäjärvi died unexpectedly, the forest geneticist took on some of the person’s PhD students as well as their collaborators. When the question of authorship order arose for a paper, “it ended up being a tricky situation because I didn’t know what had been agreed”, says Pyhäjärvi, at the University of Helsinki. She advises creating a written agreement on authorship slots in advance.

Conflict around authorship is one of the biggest points of contention in collaborations, says Gargiulo. “We all believe we contribute more than what we actually contribute,” he says, adding that when he launches a new collaboration, he clarifies the order of authors from the outset. “That said, the order can be renegotiated” as work proceeds, he says. “But when you leave that order unclear, people might each use their own algorithm” – meaning that conflict is likely to arise if team members’ authorship calculations differ.

Although determining authorship can be as simple as noting who had the original idea, it’s often more complicated. “Ideas are not always so clear-cut,” Gargiulo says. “The original idea may be reshaped in so many ways during the process.” He and others recommend that collaborators regularly check in with one another about authorship during the process of writing a paper.

Pyhäjärvi notes that, for junior researchers, knowing authorship in advance is crucial for prioritising their time and energy.

Conflict can also arise in a team when members have different backgrounds. Ecologist Danielle Ignace, an Indigenous researcher, recalls having disappointing partnerships early in her career when she felt that she wasn’t as integrated into the collaboration as she had anticipated. These experiences left her feeling forgotten or excluded and suspicious that her participation had been sought for tokenistic reasons.

As a result, Ignace, who on July 1 will assume a faculty position at the University of British Columbia in Vancouver, Canada, says that she prefers to work mostly with more-junior collaborators. In her experience, members of such partnerships are often more passionate about including and amplifying diverse voices than are senior colleagues. “I stay clear of the ones that don’t do that,” she says.

One anonymous junior geoscientist at a UK university, who is Black, recalls uncomfortable dynamics in collaborations that involved other junior Black researchers, some from developing nations, and senior colleagues who were white. He says that he experienced his senior teammates’ behaviour as reflecting the sense that they were superior to the others. He now holds back in the early stages of a collaboration.

“I give only 10 per cent of my energy early on,” he says. He prefers to gauge the situation, his collaborators and the project first, as well as whether he and his approach to research will be respected, before committing more deeply.

Alongside formal research collaborations, some scientists embark on less-formal partnerships to discuss projects, journal papers or career issues, often as friends. These can spawn their own set of problems. A female climate researcher at a US university remembers one such group with five other scientists who met regularly for these purposes.

“We developed an informal social contract – we all agreed to act in good faith and come to meetings because we were friends and enjoyed working together,” she says.

But when one of the collaborators left academia to launch a company, he sent junior colleagues to the meetings in his place. “I was like, ‘Wait, you signed on.’ There was no discussion of someone else coming in on a particular role,” she says. To avoid such missteps, the climate researcher recommends checking in with collaborators at regular intervals, at least once a year, to make sure everyone is still on board.

Frank discussions about sensitive topics are key to team success, says Katherine Sharkey, assistant dean for women in medicine and science at the Alpert Medical School of Brown University in Providence, Rhode Island. Ultimately, collaborators need to ensure that no issue, no matter how sticky, will be off limits. “When things go off the rails,” she says, “is when you wish you’d had these conversations.”