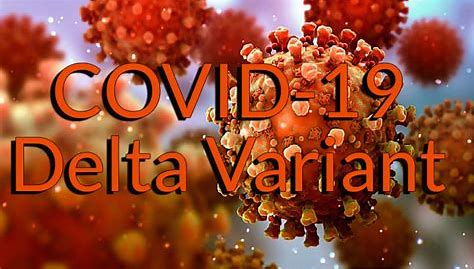 When the first cases of the SARS-CoV-2 Delta variant were detected in the United Kingdom in mid-April, the nation was getting ready to open up. Covid-19 case numbers, hospitalisations and deaths were plummeting, thanks to months of lockdown and one of the world’s fastest vaccination programmes. Two months later, the variant, which was first detected in India, has catalysed a third UK wave and forced the government to delay the full reopening of society it had originally slated for 21 June.

After observing the startlingly swift rise of the Delta variant in the United Kingdom, other countries are bracing for the variant’s impact – if they aren’t feeling it already. Nations with ample access to vaccines, such as those in Europe and North America, are hopeful that the shots can dampen the inevitable rise of Delta. But in countries without large vaccine stocks, particularly in Africa, some scientists worry that the variant could be devastating.

“In my mind, it will be really hard to keep out this variant,” says Tom Wenseleers, an evolutionary biologist and biostatistician at the Catholic University of Leuven (KU Leuven) in Belgium. “It’s very likely it will take over altogether on a worldwide basis.”

Delta, also known as B.1.617.2, belongs to a viral lineage first identified in India during a ferocious wave of infections there in April and May. The lineage grew rapidly in some parts of the country, and showed signs of partial resistance to vaccines. But it was difficult for researchers to disentangle these intrinsic properties of the variant from other factors driving India’s confirmed cases past 400,000 per day, such as mass gatherings.

The Delta variant has been linked to a resurgence of Covid-19 in Nepal, southeast Asia and elsewhere, but its UK spread has given scientists a clear picture of the threat it poses. Delta seems to be around 60 per cent more transmissible than the already highly infectious Alpha variant (also called B.1.1.7) identified in the United Kingdom in late 2020.

Surveillance in African countries is extremely limited, but there are hints that the variant is already causing cases there to surge. Several sequences of the variant have been reported in the Democratic Republic of the Congo, where an outbreak in the capital city of Kinshasa has filled hospitals. The variant has also been detected in Malawi, Uganda, South Africa and Kenya.

Countries that have close economic links to India, such as those in East Africa, are probably at the greatest risk of seeing a surge in cases caused by Delta, says Tulio de Oliveira, a bioinformatician and director of the KwaZulu-Natal Research and Innovation Sequencing Platform in Durban, South Africa. In his country, all of the Delta cases have been detected in shipping crews at commercial ports, with no signs yet of spread in the general community.

Delta is moderately resistant to vaccines, particularly in people who have received just a single dose. A Public Health England study published on 22 May found that a single dose of either AstraZeneca’s or Pfizer’s vaccine reduced a person’s risk of developing Covid-19 symptoms caused by the Delta variant by 33 per cent, compared to 50 per cent for the Alpha variant.

Preliminary evidence from England and Scotland suggests that people infected with Delta are about twice as likely to end up in hospital, compared with those infected with Alpha.

“The data coming out of the UK is so good, that we have a really good idea about how the Delta variant is behaving,” says Mads Albertsen, a bioinformatician at Aalborg University in Denmark. “That’s been an eye-opener.”

Denmark, which, like the United Kingdom, is a world leader in genomic surveillance, has also seen a steady rise in cases caused by the Delta variant – although far fewer than most other European countries. It is only a matter of time before the variant becomes dominant in Denmark, says Albertsen, but the hope is that its expansion can be slowed through vaccination, surveillance and enhanced contact tracing. “It’s going to take over,” he says, but “hopefully in a few months and not too soon.”

Meanwhile, the Danish government is easing restrictions, not re-imposing them: restaurants and bars have been open for months to individuals who have been vaccinated or received a recent negative test, and, as of June 14, masks are no longer required in most indoor settings. “It is looking good now in Denmark, and we are keeping a close eye on the Delta variant,” says Albertsen. “It can change quite fast, as it has done in the UK.”

Cases of the Delta variant in the United Kingdom are doubling roughly every 11 days. But countries with ample vaccine stocks should be reassured by the slower uptick in hospital admissions, says Wenseleers. A recent Public Health England study found that people who have had one vaccine dose are 75 per cent less likely to be hospitalized, compared with unvaccinated individuals, and those who are fully protected are 94 per cent less likely to be hospitalised.

Delta is also on the rise in the United States, particularly in the Midwest and southeast. The US Centers for Disease Control and Prevention declared it a variant of concern on June 14. But patchy surveillance means the picture there is less clear.

According to nationwide sampling conducted by the genomics company Helix in San Mateo, California, Delta is rising fast. Using a rapid genotyping test, the company has found that the proportion of cases caused by Alpha fell from more than 70 per cent in late April to around 42per cent as of mid-June, with the rise of Delta driving much of the shift.

Jeremy Kamil, a virologist at Louisiana State University Health in Shreveport, expects Delta to eventually become dominant in the United States, “but to be somewhat blunted by vaccination”. However, vast disparities in vaccination rates could lead to regional and local variation in cases and hospitalizations caused by Delta, says Jennifer Surtees, a biochemist at the University at Buffalo, New York, who is conducting regional surveillance.

She notes that 70 per cent of eligible New Yorkers have received at least one dose of vaccine — a milestone that triggered the lifting of most Covid-19 restrictions last week – but that figure is below 40per cent in some parts of the state.

Communities with high proportions of African American and Hispanic individuals, where vaccination rates tend to be low, could be especially hard hit by Delta. “These are populations that are really at risk of a localized outbreak from Delta, so I think it’s really important to still keep tracking and watch this as much as possible,” Surtees says.

Data from Helix on nearly 20,000 samples sequenced since April suggest that the Delta variant is spreading faster in US counties where less than 30 per cent of residents have been fully vaccinated, compared to the counties with vaccination rates above that threshold.

Delta poses the biggest risk, scientists say, to countries that have limited access to vaccines, particularly those in Africa, where most nations have vaccinated less than five per cent of their populations. “The vaccines will never come in time,” says Wenseleers. “If these kinds of new variant arrive, it can be very devastating.”

De Oliveira expects it to stay this way. South Africa is in the middle of a third wave of infections caused by the Beta variant (also known as B.1.351) identified there last year. This, combined with a lack of travel from countries affected by Delta, should make it harder for a new variant to take hold.

Similar factors could be keeping Delta at bay in Brazil, which is battling another immune-evading variant called P.1 or Gamma, says Gonzalo Bello, a virologist at the Oswaldo Cruz Institute in Rio de Janeiro, who is part of a team conducting national surveillance. So far, Brazil has sequenced just four cases of the Delta variant in the country.

While countries gird themselves against the Delta variant – or hope that it passes them by – researchers say we need to watch for even greater threats. “What most people are concerned about are the next variants – if we start to see variants that can really challenge the vaccines,” says Albertsen.