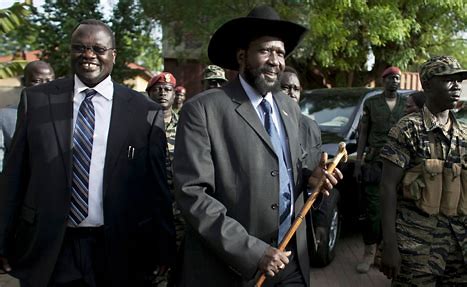 An explosion of violence in South Sudan is raising fears that the country’s fragile peace agreement will unravel before elections the international community hopes can be held next year.

The wave of near-daily killings across this East African country is often blamed on marauding militias whose attacks threaten the 2018 truce between President Salva Kiir and First Vice President Riek Machar.

While the two leaders work in the same government in relative peace in the capital Juba, elsewhere South Sudan appears at war with itself: Hundreds of people have been killed since the start of the year in violence ranging from cattle raids to ethnically motivated revenge killings.

The violence appeared to worsen in June after Pope Francis cancelled his visit this month, citing his knee problem. The pope’s visit was meant to encourage faith in a country damaged by years of war, including a long conflict for independence from Sudan and then a civil war.

At least 209 people were killed and 33 others wounded across the country in June alone, according to a violence tracker by the Juba-based civic group known by its initials as CEPO.

Both Kiir and Machar are under pressure to release a timetable for presidential elections in 2023. While Kiir expresses hope that a vote can be held next year, Machar has said that elections are impossible amid such widespread insecurity.

In recent days the violence has been worst in the president’s home state of Warrap, where victims include a military intelligence chief and a former government commissioner.

“We have lost many lives in communal violence,” Kiir said in a speech in early July, noting the killings in Warrap’s Tonj North County, where gunmen killed 30 soldiers on June 25.

The Tonj North clashes erupted after authorities there sent security forces to recover cattle stolen by raiders from another county. In other cases, deadly skirmishes have been triggered by efforts to disarm youths.

“I deeply regretted their death,” Kiir said of the people killed in Warrap. “We cannot allow this senseless killing of both security personnel and civilians to continue.”

Killings also have been reported in the Western Equatoria, Eastern Equatoria and Central Equatoria states, the president said, acknowledging that peace gains since 2018 have been eroded by what officials describe as inter-communal violence.

Following the killings in Warrap, Kiir’s army chief, Gen Santino Deng Wol, vowed to defeat ethnic militias in comments to state broadcaster SSBC. “We are responsible for the security of the country,” he said. “We will not allow chaos to happen, and we would not allow anyone to disturb the security.”

But some analysts say government troops and police – often outnumbered by civilian attackers in areas awash with small weapons – can’t be relied on to protect civilians. They also charge that the attackers have powerful political backers in Juba.

“The armed youth in Tonj North are more powerful than our army and other security institutions,” said Edmund Yakani, head of the CEPO group tracking violence. The violence is “undermining the genuine implementation” of the peace agreement, he said.

It also is hindering humanitarian efforts among communities in urgent need of food, medicine and other supplies.

“The scale of sub-national conflict – which now spreads from north to south, from east to west – is alarming,” Nicholas Haysom, the UN representative to South Sudan, told the Security Council last month.

More than 80 per cent of civilian casualties this year are “attributed to intercommunal violence and community-based militias,” he said. “This violence divides communities and hampers reconciliation.”

There were high hopes when oil-rich South Sudan gained independence from Sudan in 2011 after a long conflict. But the country slid into civil war in December 2013 largely based on ethnic divisions when forces loyal to Kiir battled those supporting Machar.

Tens of thousands of people were killed in the war, which ended with the 2018 peace agreement. But the terms of that accord have not been fully implemented, and persistent violence is weakening it even more.

The panel of UN experts in May said the 2018 agreement is faltering. The deal “is now hostage to the political calculations of the country’s military and security elites, who use a combination of violence, misappropriated public resources and patronage to pursue their own narrow interests,” said the report.