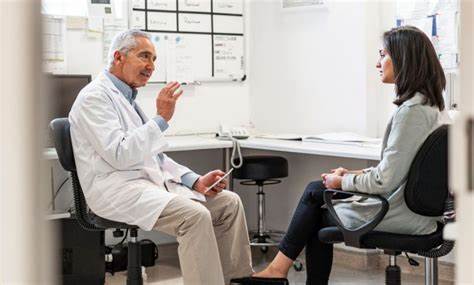 US universities lose billions in revenue, strain financially as foreign students stay away

The Biden administration is hoping to attract tens of thousands of international students who stayed away from US campuses during the coronavirus pandemic. Foreign enrolment plummeted by 20 per cent last year costing nearly $10 billion in lost revenue.

Though some students are starting to return, recovery might not be so easy. Even before the pandemic, international students were already turning away from the US.

In the 2018-2019 school year, foreign enrolment peaked at 1.1 million students and it’s been declining ever since as countries like Australia, Canada and the UK gain more foreign students.

That’s a challenge for American colleges. But it also could be a blow to US competitiveness. ​​​​Foreign students often go on to build their lives in the United States, filling our faculty offices, our laboratories, our boardrooms. One in five entrepreneurs who founded start-ups in the United States is an immigrant — and three-quarters of them first came to America as students.

International students are more likely than Americans to pay full freight. At public universities, the out-of-state tuition they pay has helped make up for a drop in state funding, especially after the Great Recession.

“They [colleges] need the tuition. They need full four-year out of state tuition payers,” says Robert Daly who directs the Kissinger Institute on China and the United States at the Wilson Center. Daly argues that colleges have become too reliant on students from one country: China. “They’ve become addicted to this money.”

When the pandemic sliced away a huge chunk of foreign students, the new administration took note. Higher education is one the nation’s largest service exports – bigger than agriculture exports like corn and soybeans.

Unlike the Trump administration’s hostility to foreigners, the Biden administration recently called it a “foreign policy imperative” that the US remain the top study destination for international students. It’s putting students first in line for interviews and visa processing at US consulates around the world.

But for many foreign students, the US just isn’t as dominant. Emily Dobson calls it the “geoswerve.” Dobson, a college counsellor in Brazil, has seen more diversity in where her students apply to colleges over the past few years. She says they’re finding options not just in traditional destinations like Australia and the UK but in Qatar, Japan and the Czech Republic.

“We’re not seeing the future we used to see here,” she says of the United States. “Still love you. A few of you are on our list. But you know, we’re going to go to other schools.”

“The American Dream idea,” she says, “is being questioned more.”

Dobson’s students are looking for more affordable options than the US and for places where they can earn a degree in just three years. Safety is also a big concern – America’s gun violence scares many families.

And 70 per cent of international students on American campuses are from Asia. The recent rise in anti-Asian hate crimes have made some of them reconsider their futures in the US. Early in the pandemic, Lily Cao, a Chinese student at Mount Holyoke College, was confronted in a grocery store by a woman accusing her of spreading the coronavirus.

“Covid has really been the trigger point where I felt like, Oh, I might get discriminated against,” Cao says. She plans to return to China to build her career in public health.

This new hesitancy spells big trouble for colleges – and for the larger US economy, which is propelled by immigrant entrepreneurs, many of whom came here as college students. Competitor countries, such as Australia and Canada, make it easy for international graduates to stay and work and give them priority above other applicants for permanent residency.

Britain last year introduced a global talent visa that fast-tracks people in in-demand fields for immigration. Universities in those countries frequently promote the ability to work after graduation when they recruit international students.

US colleges are trying to regain their competitive edge and the pandemic may offer something of a blueprint. After more than a year of remote learning, both professors and students are more comfortable with online education.

More hybrid and online programs could shorten the amount of time students would need to be in the US. And colleges hope a new commitment by the Biden administration to welcome international students can reignite the American Dream for students from abroad.