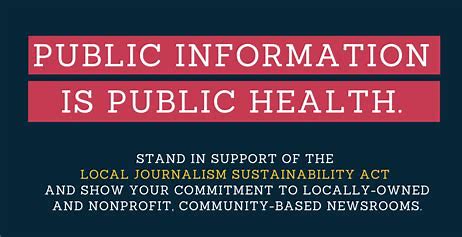 The United States Senate has initiated legislation that once past, will cushion small media houses and their employees, against the adverse effects of economic disruptions such as those resulting from the coronavirus pandemic.

Since the onset of the coronavirus pandemic roughly two years ago, economies in the world have been hit hard, with the media reporting massive layoffs and freezing of employment.

Consequently, Senate expects to pass the Local Journalism Sustainability Bill to keep the local media in the United States financially viable and turn around a struggling industry.

The Local Journalism Sustainability Bill is a bipartisan bill introduced in the US Senate last week – on July 22 – aims at supporting and paving the way for local journalism in the future by providing a series of three tax credits.

These tax credits are respectively intended to encourage the employment of local journalists, encourage subscriptions to local media and boost advertising through local media.

The Local Journalism Sustainability Bill will help local outlets that are currently struggling, as well as ensure that they continue in the future and that new projects can be launched. As local journalism is facing many economic challenges (salary cuts, lay-offs or even closures), which have been greatly aggravated by the pandemic, such help is more than needed.

The move by the US Senate has received backing from the International Federation of Journalists (IFJ) and its American affiliate, the Newsguild-CWA, in fully supporting the bill’s adoption.

NewsGuild President Jon Schleuss said, “Half of America’s journalism jobs have been wiped out in the past decade and the losses have accelerated during the pandemic. The Local Journalism Sustainability Act would provide a much-needed boost to save local news jobs. I’m hopeful that members of Congress will rally around this important measure.”

IFJ General Secretary Anthony Bellanger said, “Local journalism is a pillar for communities around the world. The pandemic has once again proven its importance, notably in the fight against misinformation. The decline of local media is damaging but we strongly believe that a bill like the Local Journalism Sustainability Bill can turn the sector around. We support its adoption as a necessary first step in the right direction, and encourage other countries to adopt similar reforms for the future of local journalism.”