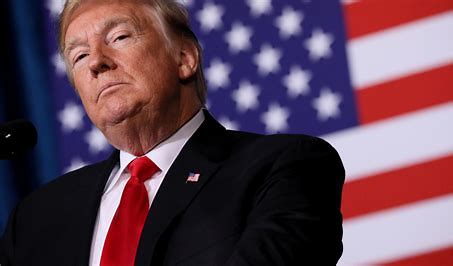 A month into his presidency, Donald Trump lamented that the US no longer wins wars as it once did.

“When I was young, in high school and college, everybody used to say we never lost a war,” Trump told a group of US governors last February. “Now, we never win a war.”

Dominic Tierney, a professor at Swarthmore College and the author of multiple books about how America wages war, may know the reason why.

He believes the US can still successfully fight the wars of yesteryear – World War-style conflicts – but hasn’t yet mastered how to win wars against insurgents, which are smaller fights against groups within countries. The problem is the US continues to involve itself in those kinds of fights.

“We’re still stuck in this view that war is like the Super Bowl: We meet on the field, both sides have uniforms, we score points, someone wins, and when the game ends you go home,” he told me. “That’s not what war is like now.”

The US military is currently mired in conflicts in countries like Afghanistan, Iraq, Syria, and Yemen. It’s hard to see any end in sight – especially an end where the United States is the victor, however that’s defined.

Alex Ward says during his first year in office, Trump got the US more deeply involved in wars, with the goal of defeating terrorists in Iraq, Afghanistan, Syria and Somalia. But has this put the US on course to end these fights?

There are reasons for that, primarily the shift in the nature of war to civil conflicts, where the United States has struggled. Trump himself recognised this: He said on the campaign trail numerous times that we used to win wars and we don’t win anymore. And he has promised to turn the page on this era of defeat and said that we were going to get sick and tired of winning. But will he channel that observation into winning wars? I doubt it.

The nature of war continues to be these difficult internal conflicts in places like Afghanistan, where the United States has struggled long before Trump ever dreamed of running for president.

Against this backdrop, Alex Ward asks: So, what constitutes victory in war today, and has that changed from the past?

Dominic Tierney observes that the famous war theorist Carl von Clausewitz argued that war is the continuation of politics by other means. So, war is not just about blowing things up – it’s about achieving political goals.

The United States, up until 1945, won virtually all the major wars that it fought. The reason is those wars were overwhelmingly wars between countries. The US has always been very good at that.