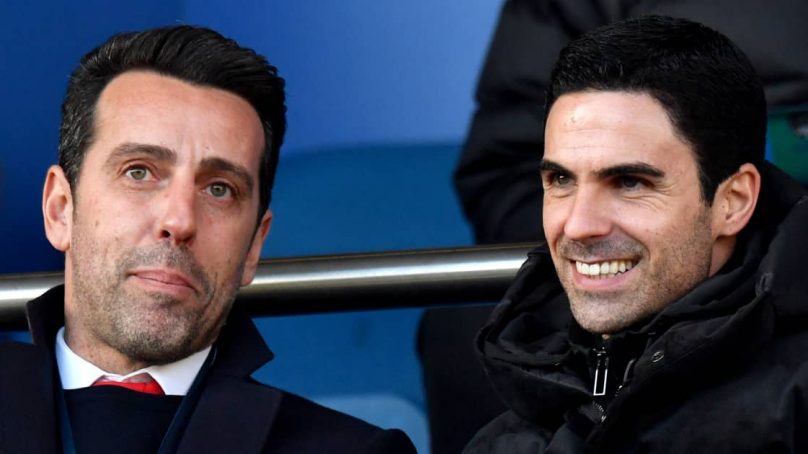 Arsenal on Wednesday made an opening transfer enquiry over the availability of Inter Milan striker Lautaro Martinez.

The Gunners have enjoyed a strong transfer window to date, but want more signings. Indeed, left-sided player Nuno Tavares and midfielder Albert Sambi Lokonga have arrived to bolster Mikel Arteta’s ranks. However, amid a potential exit for Alexandre Lacazette, manager Arteta is also looking at a striker.

Arsenal technical director Edu has had previous ties to the likes of Celtic marksman Odsonne Edouard. The Telegraph reports that Edu’s latest move was to ask about a deal for Argentine star Martinez. The 23-year-old has established himself as one of Europe’s best strikers since his move to Inter Milan in the summer of 2018.

He has scored 37 goals and assisted 16 others in 100 appearances for his current employers. Last season, meanwhile, he netted 17 times and laid on 10 other goals to help Inter win their first Serie A title in 11 years.

Overall, he has scored 76 goals in 191 games and has a bright future ahead of him. The Telegraph notes that the “ambitious” enquiry shows Edu’s desire to get Arsenal back into the Premier League’s top four.

The Gunners limped to an eighth-place finish last term after talk of Arteta’s sacking before Christmas. But as well as Lokonga and Tavares, Arsenal are closing in on a £50 million *$69 million) deal for Brighton centre-back Ben White.

Speaking earlier this month, the player’s agent admitted doubt over his client’s future.

“We are calm, but the current situation of Inter prevents us from making any predictions,” Alejandro Camano said. “The lad is happy in Milan, he has just won a championship as a protagonist, but we cannot help but wait.”