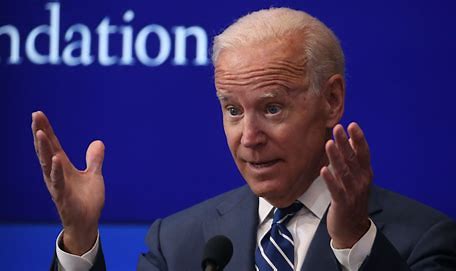 US Senate and House of Representatives concurrently passed a resolution calling for targeted sanctions on the military coup in Sudan, six months after its introduction, increasing pressure on the Biden administration for concrete steps.

Introduced on November 4, 2021, the Concurrent Resolution 20 was adopted on May 11, 2022. It was introduced by Senators Bob Menendez and Jim Risch jointly with Representatives Gregory W. Meeks and Michael T. McCaul.

A concurrent resolution aims to express the sentiment of the two chambers but is not binding for the president. So, the administration still has discretionary power on the matter. The Concurrent Resolution calls on the Secretary of State to “(A) immediately identify coup leaders, their accomplices and enablers for consideration for targeted sanctions,” reads the resolution.

The two chambers also call on the Biden administration to urge “junta leaders” to restore the civilian transitional government and to “monitor, discourage and deter any effort by external parties to support the coup and the military junta.”

The resolution calls on the administration to pause non-humanitarian aid and to work on the level of international financial institutions to suspend “all actions related to non-humanitarian loans or debt relief to Sudan.”

Also, the Congressmen suggested seizing the UN Security Council on the matter and to work with the Troika members “engage members of the international community to join these United States actions”.

Further, the joint resolution encouraged the Secretary of State to call on international partners to impose similarly targeted sanctions on the coup leaders and to urge the junta leaders to return to the rule of law.

The lawmakers also called on the State Department to bring regional multilateral organizations to suspend Sudan’s membership until the restoration of the transitional constitution.

Molly Phee, U.S. Assistant Secretary of State for African Affairs, on May 8 spoke by phone with Gen al-Burhan to encourage him to restore the constitutional rule as pledged for several months to restore the civilian-led transition without concrete measures.

On April 28, Troika and European Union diplomats met with the head of the Sovereign Council and stressed that any agreement or government resulting from non-inclusive processes would lack credibility with the international community.

U.S. Senators Menendez Risch, Chairman and Ranking Member of the Senate Foreign Relations Committee, on Thursday issued a joint statement pressing the administration to take action against the coup leaders.

“The time has come for the United States and our partners to take swift action and support the aspirations of millions of courageous Sudanese citizens by sending a clear message to the junta: cede power to civilian rule and return to your barracks,” said Chairman Menedez.

Ranking Member Risch, for his part, stressed that “It is well past time for the U.S. and its allies to hold Sudan’s junta accountable and work directly with the Sudanese people to restore their country’s civilian-led democratic path.”