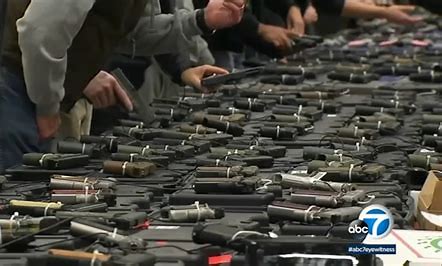 In the eyes of many institutionalists, the Supreme Court of the United States  – or any court, for that matter – would be less legitimate if it factored public opinion into its decision-making. As former Chief Justice William Rehnquist argued in 1992, “The judicial branch derives its legitimacy, not from following public opinion, but from deciding by its best lights whether legislative enactments of the popular branches of government comport with the Constitution.”

And if following “its best lights” sometimes leads to rulings that conflict with what most Americans want, some legal scholars would argue that’s a virtue, not a flaw, since a crucial function typically ascribed to the judiciary is protecting minority rights against a tyrannical majority.

Perhaps this Supreme Court is contravening the popular will in states like New York by striking down firearm restrictions. But arguably it made a similarly anti-democratic intervention in 2015 when it struck down restrictions on same-sex marriage, a practice that majorities in several states opposed around that time and in two states still do. The vital difference, of course, lies in the content of the right the court intervened to protect.

Many conservatives argue that in overturning Roe, the Supreme Court has actually reclaimed its legitimacy by turning the issue back to the states. In their view, the court’s original mistake was establishing a right to abortion in 1973 that they argue has no roots in the Constitution, depriving voters in individual states to settle the issue as they saw fit.

“It was at that time, and not today, that the justices overstepped their boundaries and ensured that the court would become the focus of political contention for half a century,” David B. Rivkin Jr and Jennifer L. Mascott write in The Wall Street Journal. “Dobbs belatedly corrects that error by recognising that the federal judiciary’s constitutional role is merely to decide cases and controversies, based upon the established tenets of law grounded in the Constitution, federal statutes and common law. Policy decisions properly belong to the elected branches of federal and state government.”

And as for the often-denounced “politicisation” of the court? According to the historian Rachel Shelden, the notion that it could ever exist outside of politics is a relatively recent one. In the 19th century, she explained in The Washington Post in 2020, Americans understood that the court was deeply partisan: Presidents made their picks based on ideology, not legal prowess, and it was routine for Senate majorities to reject appointees by presidents from an opposing party.

A nakedly partisan court, then, is just a reversion to the historical norm. The difference, according to Shelden, is that today’s justices exercise far more authority over our democracy than their 19th-century counterparts did. If that struck most Americans as a problem, they might support any number of reforms to rein in the court’s power, but there is little evidence that they do, at least for now.

As Shane Goldmacher reported for The Times this week, many Democrats are deeply dissatisfied with the Biden administration’s response to Roe’s overturning, which has consisted mainly of reminding voters of the fall midterm elections. More than 30 senators sent a letter to President Biden calling on him to take “immediate action” to protect access to abortion with “the full force of the federal government”; representatives as ideologically disparate as Alexandria Ocasio-Cortez and Charlie Crist, a former Republican, have floated the idea of impeaching justices.

“There needs to be more fight,” said David Atkins, a Democratic National Committee member from California, who wanted to hear calls for structural changes to the court or the Senate. The Washington Post columnist Perry Bacon Jr went further: “The overturning of Roe v. Wade, and the underwhelming reaction from senior Democratic leaders to that huge defeat, make the case even clearer that the party’s too-long-in-power leaders – including President Biden – need to move aside.”

More broadly, Roe’s fall might prompt Democrats to reconsider the role of courts in their theory of change. As the Times columnist Jamelle Bouie has written, the brief period in the mid-20th century when the Supreme Court aided progressive causes was an aberration: “For most of its history, the Supreme Court – the 16 years of the Warren court notwithstanding – has been a friend to hierarchy and reaction.”

Bouie drew on the work of Nikolas Bowie, a Harvard law professor and a critic of “legal liberalism,” a theory of change that relies on elite lawyers and judges to advance progressive politics. To the extent that this strategy has yielded victories, Bowie argues they have proved fragile, precisely because the strategy displaced efforts to build a deeper foundation of popular political power.

“Rather than look for leadership from dissents or Capitol poetry, we need to learn from people who have spent these same decades building power in *spite* of a hostile legal system,” Bowie wrote on Twitter. “The major question for the left is not how to persuade Justice Kavanaugh or Senator Manchin to listen, but how to persuade our neighbors and co-workers to commit to collective action.”