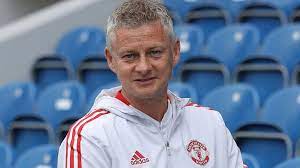 ‘Unless Manchester gets rid of Solskjaer, it will remain miles off premier league title’

Manchester United have been told to take a leaf out of Chelsea’s book and be more ruthless in their operation. Jamie O’Hara claims the Premier League giants are “undervaluing themselves” by keeping the Norwegian and says Solskjaer needs to go if they want to lift the Premier League title again.

The United boss has been busy this summer, with two big-money arrivals in Jadon Sancho and Raphael Varane. Sancho finally moved to Old Trafford in a £73 million ($101 million) transfer from Borussia Dortmund, while Varane is set to arrive in a £42 million ($58 million) deal from Real Madrid.

But, despite spending over £100 million ($140 million) to strengthen the team in key areas, United are not considered by many to be realistic title challengers this season.

Sancho could take Man United’s attack to another level this season – but can he help them win the Premier League title?

Although the Red Devils were runners up in the top flight last term, they were a huge 12 points adrift of champions and rivals Man City, and Chelsea are considered as closer to toppling them.

TalkSPORT pundit O’Hara says they are still “miles off” from challenging despite building a “top, top team” at Old Trafford, because of their manager.

United handed Solskjaer a new three-year contract earlier this summer in a huge sign of support from the club’s hierarchy.

But O’Hara he says the giants of English football are not ruthless enough and would benefit from emulating their Chelsea rivals.

“Looking at the way Chelsea do their business, they’re ruthless,” the former Tottenham midfielder said on The Sports Bar.

“They’re ruthless with managers – Frank Lampard, a club legend, put a team together and didn’t quite get results, sixth in the league, wasn’t good enough.

Thomas Tuchel was appointed in January and guided the same Chelsea team to Champions League glory within just four months, and won his second trophy with the Blues in the UEFA Super Cup this week.

“So, they get rid of him, get Thomas Tuchel in and they win the Champions League… with the same players!

“They are ruthless in their business. Now, I look at a club like Manchester United – are they undervaluing themselves?

“I look at their squad now, with Jadon Sancho, they’re bringing in Raphael Varane, they’ve got Paul Pogba, Edinson Cavani, Marcus Rashford, Harry Maguire, Luke Shaw – that’s a top, top side that they have put together,” O’Hara points out.

“But I still think they’re miles off it in terms of winning the Premier League, because of Ole Gunnar Solskjaer. Do they need to sack Ole Gunner Solskjaer and be ruthless like Chelsea? I think they need to go, “right, this is the way forward now”, because Chelsea seems to win and get results by working that way.”