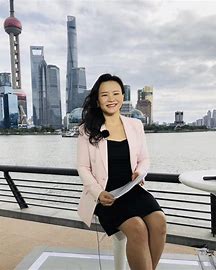 Cheng, who was a business anchor with the China state media outlet China Global Television Network (CGTN), was taken into detention on August 13, 2020, and held for five months before being formally arrested on February 5, 2021. If found guilty, the charges of face a prison sentence of five to ten years, or longer.

The International Federation of Journalists (IFJ) implores the Chinese authorities to release Cheng and to allow her to be reunited with her young family in Australia.

More than 50 leading journalists, including the federal president of the media section of IFJ Australian affiliate the Media, Entertainment and Arts Alliance (MEAA), Marcus Strom and the president of the Canberra Press Gallery, David Crowe, signed the open letter in support of Cheng, who has two young children living under the care of her elderly mother in Melbourne, Australia.

In August 2020, Cheng disappeared from CGTN’s coverage and all contact between her from family and friends ceased. CGTN also removed all of Cheng’s work and her profile page. Following international calls on the government with concerns for her safety and wellbeing, a spokesperson for the Chinese government announced in September 2021 that Cheng was being detained in an undisclosed location on the grounds of national security.

The Australian government revealed information supplied to it that the journalist was being held under “residential surveillance.”

Prior to being detained, Cheng resided in Beijing for eight years while working at the broadcaster. In one of the last WeChat posts just weeks before she disappeared, Cheng Lei posted four pictures of her son and daughter, who had been sent to stay with relatives in Melbourne in the initial months of the pandemic in China.

Louisa Wen, Cheng’s niece and a spokesperson for the family told the ABC in February 2021: “I don’t think she would have done anything to harm national security in any way intentionally.”

Since Cheng Lei’s detention, the Australian government said its representatives had been able to visit the journalist once a month as per Australia’s bilateral consular agreement with China.

Journalists, foreign correspondents, union representatives and media leaders are among those signing the letter, collaborating under the hashtag #FreeChengLei.

Ms Cheng, 46, is a member of MEAA, which she first joined in 2009 and has also been issued with an IFJ press card which certifies her as a professional journalist.

The joint letter said: “We are concerned about the wellbeing of her beloved children, aged 10 and 12. They have been separated from her for well over a year now and she’s had no contact with them since her arrest. We stand with Cheng Lei as a journalist and Australian citizen. We are seeking compassion and reason from the Chinese Government in dealing with her case. We are calling for her immediate release and her return home to Australia to be reunited with her children.”

MEAA federal president, Marcus Strom, said, “Her arrest, her detention and the accusations against her have never been explained. No evidence has been presented. After 12 months, there has been nothing to suggest she has done anything wrong. MEAA members, and journalists around the world, stand with Cheng Lei.”

“The International Federation of Journalists (IFJ) calls on the Chinese government to treat Cheng Lei fairly and with respect. The charges against her must be clearly explained and she must be given the right to due process. All journalists working in China should be provided with a safe environment, where they can provide the public with important information without fear of being persecuted. Cheng Lei should be released and reunited with her family as soon as possible,” IFJ general secretary, Anthony Bellanger, said.