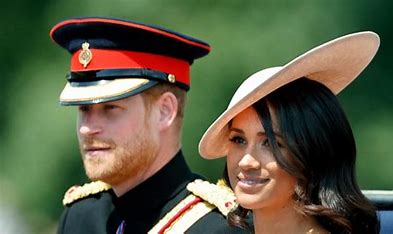 This began as an awkward private conversation but soon became a big public embarrassment for the Royal Family. It is a sign of how seriously it has been taken that Buckingham Palace reacted so rapidly.

Within hours of a social media post reporting the persistent questioning of a black British charity boss about where she was “really from”, there was a resignation and apology.

It should have been a positive occasion, with Camilla, the Queen Consort, inviting about 300 guests to Buckingham Palace to support her campaign against domestic violence. A witness described the incident as beginning with “chit chat” between a guest at the reception, Ngozi Fulani, and a member of the Royal Household later identified as Lady Susan Hussey.

What turned the conversation into such a car crash was the apparent unwillingness to accept a black woman’s response that she was from Britain, with the questioning assuming she must really be from elsewhere.

There seemed to be an underlying misconception that she could not “really” be from the UK. And what makes it so toxic is that it once again raises difficult questions about the Royal Family and their ability to reflect a diverse modern Britain.

It touches raw nerves about a sense of belonging and identity. It projects Buckingham Palace as a starchy and unwelcoming place.

The subjects of race and racism and inclusion and diversity have become very difficult territory for the royals – particularly after suggestions by Meghan, the Duchess of Sussex, of prejudice within the Royal Family and Royal Household.

The timing could scarcely be worse. Lady Susan Hussey is the godmother of Prince William, who has arrived in Boston, US, wanting to carve out an international role as a modern, empathetic figure, as he hands out an environmental prize.

This is his first overseas trip as Prince of Wales and he won’t want it to be overshadowed by a race row. A spokesman distanced Prince William from the comments.

Meanwhile, the family has been very publicly trying to send a message about supporting diversity and inclusion. The King has talked of wanting his reign to reflect Britain as a “community of communities”, drawing strength from diversity. The latest appointments to the prestigious Order of Merit were mostly people from ethnic minorities.

Lady Hussey’s role as a lady-in-waiting had itself been swept away in a modernising move by Camilla, but she had retained a less senior role as a lady of the household following the Queen’s death.

Prince Harry and Meghan’s documentary series is due to be released on Netflix next week – and there will be great scrutiny of whether it reignites claims about racism within the Royal Family.

One unresolved question, raised during their interview with Oprah Winfrey, concerns the identity of the person supposed to have questioned the colour of their then unborn child. The Sussexes are also due to collect a prize in New York next week which commends their efforts to stand up to racism.

In a recent interview, Meghan suggested there may be more to say about her experiences as a working royal.

“I think forgiveness is really important. It takes a lot more energy to not forgive,” she said. But it takes a lot of effort to forgive. I’ve really made an active effort, especially knowing that I can say anything.”

The incident this week adds more urgency to the King’s efforts to modernise the institution he has taken over.