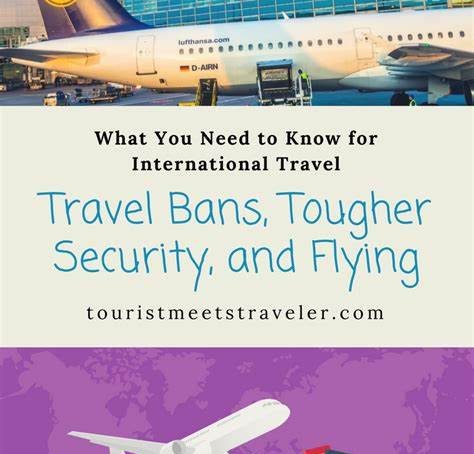 Travel restrictions have no bearing on coronavirus spread – researchers

As countries in Europe rush to close their borders to the United Kingdom to prevent transmission of a new – and potentially more transmissible – variant of SARS-CoV-2, research has estimated the effect of international travel restrictions on Covid-19 spread earlier in the pandemic.

Models have found that strict border closures could have helped limit viral transmission in the pandemic’s early days. But once the virus started spreading in other countries, border closures provided little benefit.

Before the Covid-19 pandemic, most countries had only ever imposed border restrictions on select countries where disease outbreaks were concentrated. In most instances, scientists thought that such measures were largely ineffective.

Influenza infections, for example, often go undetected and so travel restrictions are not worth the social and economic trade-offs, says Karen Grépin, a health economist at the University of Hong Kong.

When the World Health Organisation (WHO) declared the highly infectious coronavirus SARS-CoV-2 a public-health emergency, the agency advised nations to keep borders open. But almost every country ignored the advice, and many countries even closed their borders to all nations, contributing to an unprecedented drop-off in global travel that continues today.

“We had no idea that governments around the world would be willing to impose total border closures and related measures that would cost the global economy some $400 billion every month,” says Steven Hoffman, an international lawyer and epidemiologist at York University in Toronto, Canada.

Most of the studies looking at the effect of travel restrictions imposed during the pandemic rely on theoretical models. Scientists say that these are helpful in the absence of time-consuming observational studies.

In a review of 29 studies posted on medRxiv last month, Grépin and Kelley Lee, a researcher who studies global health at Simon Fraser University in Vancouver, Canada, found that most models show that travel restrictions and border closures reduced the arrival of people with Covid-19 in many countries early in the outbreak.

The pandemic has shown public-health researchers that, in some situations, travel restrictions help to keep epidemics under control, says Lee. “The general feeling before was that they don’t work at all and undermine human rights,” says Lee.

But only one study in the review accounted for the effect of the ban on people leaving the Chinese city of Wuhan, where the pandemic started and found that it prevented nearly 80 per cent of Covid-19 infections from spreading to countries outside China in the weeks after it was imposed.

So, some models probably overestimated the benefits of international border closures compared with the Wuhan lockdown, says Grépin. The gains from border closures were also short-lived when they were not combined with other measures such as testing, contact tracing and quarantining to prevent local transmission.

Another modelling study, published in The Lancet on December 7, estimated the effect of sustained travel restrictions on reducing viral spread. The authors found that, with no reductions in movement, international travellers in May would have contributed to more than 10 per cent of total Covid-19 cases in 102 countries that month. But by September, the contribution of international travellers to most countries’ Covid-19 case count had dropped significantly.

This suggests that travel restrictions were not justified later in the pandemic except in highly connected countries, or in regions with low transmission that wanted to keep the virus out, says co-author Mark Jit, an infectious-disease modeller at the London School of Hygiene and Tropical Medicine.

Preventing travel from high-prevalence countries would be sufficient to reduce exposure in many regions, says Jit. “Countries shouldn’t instinctively say that, just because there is a pandemic, we should have travel restrictions.”

Hoffman says that observational studies are now needed to tease out the effectiveness of countries completely shutting their borders. “There is a good chance that a whole lot of what we are doing is causing more harm than good.”

The WHO’s decision to advise against travel restrictions at the beginning of the pandemic was probably informed by the pushback it faced in its response to the 2003 outbreak of severe acute respiratory syndrome (SARS), says Grépin. At the time, the agency advised against essential travel to regions across China, where the outbreak began, and places with sizeable outbreaks, such as Toronto, Canada.

Some researchers argued that the decision placed an unfair economic burden on those regions and disincentivised member-states from reporting infectious-disease outbreaks.

Researchers say the latest evidence suggests that the WHO’s advice on travel restrictions during disease outbreaks needs to be more nuanced and should move beyond a yes-or-no recommendation.

In the case of Covid-19, “the WHO said one thing and the world did something else”, says Grépin.

WHO said in an e-mail that it is reviewing the evidence on travel mitigation measures and will publish scientific reports on this, which will also help countries assess the risk of lifting travel restrictions.