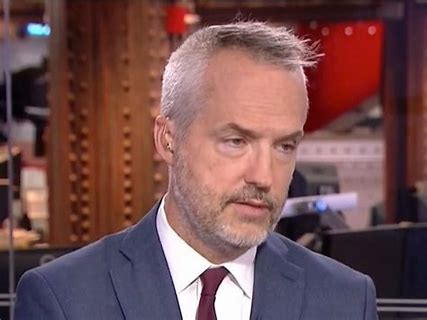 From his early coverage of political reporters’ savaging Al Gore to his incisive critique of their Joe Biden coverage right before he died, he got it. And Eric Boehlert will be missed.

I am broken-hearted over the news of Eric Boehlert’s death in a bicycle accident this week, at 56. I need to say that first. My thoughts are with his wife, Tracy Breslin and his children, Jane and Ben, whom he absolutely treasured.

Many fine journalists have written tributes to Eric’s insight and bravery in covering the media and also his generosity and warmth as a colleague and friend. What more can I add? Well, we worked together at Salon for five years in the early 2000s, and I was frequently his editor. I went looking for some of his early pieces for us, and I found treasure.

Whether even his admirers know it or not – and many do, but not all – Eric has been on the same story for the last 23 years: the callow, irresponsible way that our Beltway media has covered Democrats in these decades.

His first case study (to my knowledge) was on the lameness of most national political reporters as they covered Vice President Al Gore’s run for president. First, they puffed up his lacklustre Democratic primary opponent, former senator Bill Bradley, and then fell in love with George W. Bush.

That double-barrelled campaign presaged the way the Beltway media would cover imperfect establishment Democratic leaders, from Gore (won the popular vote but lost the presidency) to Hillary Clinton (oh, same thing) to Joe Biden today (whew, won that popular vote – though unlike them, he faced a coup attempt). All with heinous consequences for our country and our democracy. Eric covered Gore and Clinton and Biden, too; it became his beat until his untimely death.

If we want to honour his memory, more of us should commit to his unflinching attention to the role of the media in creating the mess we’re in today.

Eric saw it all coming. First in the media’s bromance with Bill Bradley, a New York Knicks star (they were my team back then!), an admirable senator, but in no way the political titan Gore’s media detractors tried to create.

On that story, he was tenacious in a way that caught our attention at Salon – though we had no favourite in the race – just because of the clear way he detailed media bias against Gore and for Bradley. We hired him, and when I edited him, I would marvel at – and to be honest, sometimes be overwhelmed by – the unrelenting way he marshalled so many quotes, so much polling data, and so many other details on behalf of his argument.

While I was of course on the left, I was actually new to mainstream, national Democratic politics when I got to Salon the year before. I was especially new to the way the titans of the media, some of whom I admired (a very few I still do), were so shallow, vain, mean, and given to following the pack.

Eric helped me see, belatedly, that the media always needs a horse race. The existing vice president coasting to the nomination was bad for everyone’s business. But more important, if you’re a campaign reporter trying to move up, Gore as juggernaut (and Gore as a person) was pegged as a “boring” story. It was the same mentality that gave Donald Trump universal, free and malpractice-level media coverage in 2015 and 2016. (Let me say quickly: Bill Bradley was nowhere near as interesting as Trump, but also not at all monstrous, unlike TFG.)

Of course, Eric covered the whole Trump shit show too, going back to the carnival barker’s racist birther stunts, as did I.

Salon’s archives from those early years – our first few years of being a true news organisation – have crumbled, like so many others’. But I was able to find a few pieces of Eric’s that I remember for their clear-eyed ferocity. Take “Gore’s premature obituary,” in which he showed how “the media hyped the vice president’s dip in the polls over the summer, but ignored his resurgence in the past month.” And brought receipts.

While the media panned Gore’s October 1999 performances, most prominent reporters ignored that it was his best month on the campaign trail – he’d opened up a 25-point lead over Bradley nationally, gaining 13 points on him in less than 30 days.

Why were our trained political media professionals missing the story? Because they were sticking to their own storyline, that Gore was a bad candidate, running a worse campaign. Eric quotes the coverage of the Dartmouth town hall that month:

Gore was “clumsy,” “awkward,” “artificial,” “glib and occasionally smug” (USA Today’s Walter Shapiro); “the Eddie Haskell-Energizer Bunny” (Time’s Margaret Carlson) who “hit the Dartmouth stage yakking” (syndicated columnist Arianna Huffington). He appeared as “some sort of feral animal who had been locked in a small cage [and] came across as a kind of manic political vaudevillian” (Slate’s Jacob Weisberg). He was dressed “like someone seeking employment at a country music radio station” (Washington Post’s Mary McGrory). And, “If you think that Al Gore won that debate, I think you’re tripping” (Washington Post’s Juan Williams).

He goes on to quote the take of Time’s Eric Pooley: “The 300 media types watching in the press room at Dartmouth were, to use the appropriate technical term, totally grossed out. Whenever Gore came on too strong, the room erupted in a collective jeer, like a gang of 15-year-old Heathers cutting down some hapless nerd.”

Pooley Heathered it up himself in his Gore coverage, but he managed to nail our proud Beltway media’s biases there nonetheless.

By the time Gore crushed Bradley in the January 2000 Iowa caucuses, the solons of the press had a new line on him. No longer “clumsy” or a “political vaudevillian,” Gore was a “thug.” The legendary (not in a good way) Maureen Dowd compared him to Mafia don Tony Soprano in The New York Times. Former Reagan speechwriter Peggy Noonan said there was only one reason Gore won Iowa: “He is aggressive and tough, and he is also mean.” Again, Eric showed that the two women weren’t alone, quoting writers we met in his earlier piece – and others – with their relentless attacks on Gore.