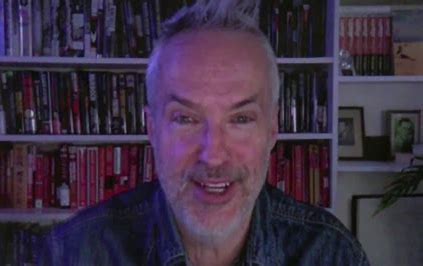 The media can be conspiratorial. Coverage of politics in America – and by extension the so-called democratic world – is often biased. Eric Boehlert had the rare gift of serving readers whole news.

By the time Al Gore crushed Bradley in the January 2000 Iowa caucuses, the solons of the press had a new line on him. No longer “clumsy” or a “political vaudevillian,” Gore was a “thug.” The legendary (not in a good way) Maureen Dowd compared him to Mafia don Tony Soprano in The New York Times. Former Reagan speechwriter Peggy Noonan said there was only one reason Gore won Iowa: “He is aggressive and tough, and he is also mean.” Again, Eric showed that the two women weren’t alone, quoting writers we met in his earlier piece – and others – with their relentless attacks on Gore.

From New Hampshire, the next month, heterodox (I don’t know what else to call him) then-journalist Mickey Kaus, also not a Gore fan, echoed Pooley earlier: “They hate Gore. They really do think he’s a liar. And a phony.”

It got worse when Gore secured the nomination and faced off against George W. Bush. Eric wrapped his just-before-election coverage with the sombre, acidic piece titled “Gore’s too-willing executioners,” showing how “the political press has been armed with plenty of attitude in taking on the vice president—but not a lot of facts.”

Reporters, he argued, “have crudely inserted themselves into the presidential campaign with careless and misleading reports about Gore’s so-called exaggerations (journalists literally created Gore’s ‘Love Story,’ Love Canal and ‘inventing the Internet’ episodes out of whole cloth). In the process, they have become Governor George Bush’s most potent allies.” In this piece, there’s no snappy paragraph of reporters’ bad takes I can share; instead, he takes apart faux-scandals with facts, over many paragraphs. You have to read it, if you care.

Meanwhile, I found plenty of fault with the Gore campaign that year. I’m not saying it was perfect. Or even good. I’m just saying Gore’s media executioners were indeed awful, self-serving, often deluded. And some are still with us.

You know who you are. And I’m sure you don’t give a shit right now.

I’m sharing these early Salon pieces at length, because it would become what Eric was known and loved for, from his years at Salon through a long tenure at Media Matters and lately, at his own PressRun site. He covered the despicable “but her e-mails” coverage of Hillary Clinton, painstakingly, over months (I wasn’t surprised that Clinton shared her condolences on Twitter).

And lately he’d been on fire, at PressRun and on Twitter, where we regularly retweeted one another and commiserated about how much worse so many reporters and media organisations have gotten even since their non-glory days covering Al Gore, in direct messages and e-mail.

As I often say: The sad mainstream media is trashing Biden as though his opponent were (semi-OK though he did race-bait in 2012) Mitt Romney. That is not what we’re dealing with.

I haven’t seen Eric since before the pandemic. We used to be regulars with MSNBC’s Joy Reid and sometimes ‘All In’ with Chris Hayes. We often talked about getting drinks, and we did once, but usually he was anxious to get back to Montclair, New Jersey and his family.

I want to quote a lot of his final PressRun column here – “Why is the press rooting against Biden?” and “burying great news,” as he put it – because it shares so much with his early Gore media criticism. I read his post on Monday as I thought about my own writing for the week and I decided I couldn’t make his point any better.

If I could have written it first, I would have. So here a lot of it is, below. May his memory be a blessing, for his family and for all of us who knew and loved his integrity and his fervour.

Like clockwork, the first Friday of the month brought another blockbuster jobs report. The U.S. economy under President Joe Biden added another 400,000-plus new job in March, it was announced last week.

Biden is currently on pace, during his first two full years in office, to oversee the creation of 10 million new jobs and an unemployment rate tumbling all the way down to three per cent. That would be an unprecedented accomplishment in US history. Context: In four years in office, Trump lost three million jobs, the worst record since Herbert Hoover.

Yet the press shrugs off the good news, determined to keep Biden pinned down. “The reality is that one strong jobs report does not snap the administration out of its current circumstances,” Politico stressed Friday afternoon. How about 11 straight strong job reports, would that do the trick? Because the US economy under Biden has been adding more than 400,000 jobs per month for 11 straight months.

The glaring disconnect between reality and how the press depicts White House accomplishments means a key question lingers: Why is the press rooting against Biden? Is the press either hoping for a Trump return to the White House or at least committed to keeping Biden down so the 2024 rematch will be close and ‘entertaining’ for the press to cover? …

Axios contorted itself by claiming Biden’s promise to add “millions” of new jobs (which he’s already accomplished), was being threatened because there aren’t enough workers, because so few people are out of work – or something.

Totally normal journalism, right? The president announces another blockbuster jobs report and the press presents it as borderline bad news….

That’s why, according to a recent poll, 37 per cent of Americans think the economy lost jobs over the last year, when it has actually gained seven million. (Just 28 per cent of people know jobs were up.)

Voters don’t know what they don’t know because the press isn’t interested in telling them about record job success and an economy that’s years ahead of where experts thought it would be coming out of a global pandemic.

And I can’t end mine any better. We’ve all got to improve our work to make up for this loss, at a time when we need clear-eyed media critics more than ever. Be healthy, be kind, be vigilant – and have fun. I know he would add that.