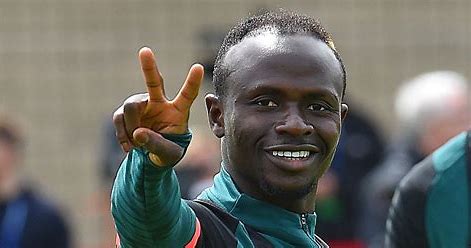 Liverpool frontman Sadio Mane is playing his cards close to the chest, declining to confirm or rule out imminent exit from the club, only promising to make his position clear after the Champions League final on Saturday.

However, the decision not to commit to anything has set tongues wagging with German newspaper, the Bild, concluding that the Senegalese international “is leaning towards Bayern Munich”, who are reported to be chasing his signature as a replacement for their talisman Robert Lewandowski. The latter is understood to be heading to Barcelona.

Following up on Mane’s ambiguous responses, a British newspaper Metro, reports, “Sadio Mane looks increasingly likely to leave Liverpool this summer with the forward favouring a move to Bayern Munich after the Champions League final.”

It says that the “30-year-old is entering the final year of his contract with the Merseysiders and has so far been reluctant to commit to fresh terms, instead playing coy over his future at Anfield. While his striking partner Mohamed Salah – whose contract also expires in 2023 – was adamant he would still be at the club next season, his teammate was rather vaguer.”

The non-committal nature of Mane about his future at Liverpool has left trusted Italian transfer guru Fabrizio Romano perplexed and unable to provide a hint on how the speculation will end.

In his post on Twitter, the journalist who is followed by more than eight million football fans, was reduced to only quoting Mane as he was unable to authoritatively pinpoint the position the two clubs and the player on where he will be playing next season.

An ESPN report on Friday suggested Mane is keen on a new challenge after more than eight years in English Premier League, six of which were spent at Liverpool.

“Mane, who joined Liverpool in 2016 and has scored more than 120 goals for the Premier League club, was considering leaving Jurgen Klopp’s side in search of a new challenge, British media reported,” according to ESPN.

“This question [about my future] I will answer after Champions League [final], if I’m staying or not,” Mane, who has one year remaining on his Liverpool contract, told Sky Sports. “What I want to say now is I am fully focused on the Champions League and winning it, which is far more important for me and the Liverpool fans. That is the answer I must give before the final. But come back to me on Saturday and I will give you the best answer you want to hear, for sure. It’s special. I will give you all you want to hear then.”

According to German newspaper Bild, that decision is very likely to see Mane reject a contract extension with Liverpool and instead push for a move to Bavaria.

In an ideal world, it says, the Senegalese forward wants to win the Champions League for a second time with Liverpool, saying goodbye to the club in style before making a switch to Bayern. As things stand, Bild claim Mane is “leaning very strongly” towards a transfer to the Bundesliga and, after six years at Anfield, is looking for a new challenge.

Metro says Liverpool do not expect Mane to extend his contract beyond 2023 and the onus will now be on Jurgen Klopp and the club’s hierarchy to decide whether they want to keep a player who is eager to leave – and will depart on a free transfer next summer – or cash in now.

With just one year left on his contract, Bayern are only prepared to pay around €30 million (£27.5 million) for Mane – a price they feel is fair given the player’s age and contract status and which is comparable to what Liverpool paid for Thiago when he left the Allianz Arena in similar circumstances.

Mane enjoyed another strong season in front of goal for the Reds, netting 16 times in the Premier League and adding a further five goals in the Champions League en route to the final.

However, Liverpool already have a ready-made replacement for the former Southampton man in the shape of Luis Diaz, who has been a revelation since joining the club from Porto in January. He has already displaced Mane on the left wing with the latter moving to a central role.

Mane’s potential arrival at Bayern could then see the German champions agree to let Robert Lewandowski leave the club, with the Polish hotshot out of contract next summer and pushing for a move to Barcelona.

“I will do everything absolutely possible to win the game for Liverpool,” Mane is quoted by ESPN. “I think we all forgot about what happened in [the] 2018 [final]. For sure Real Madrid were the better team then and deserved to win the game, but it is going to be a different game [now].”

Real beat Liverpool 3-1 in the 2018 Champions League final in Kyiv following goals from Karim Benzema and a double by Gareth Bale after Mane had equalised for the Reds.