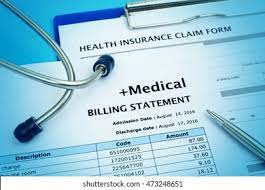 Many health facilities were already in fiscal straits before Covid-19, except in Maryland. The state’s innovative and sound approach could be the answer to rescuing systems nationwide.

The way the United States typically finances hospitals isn’t working. The coronavirus laid this bare, along with many other longstanding societal problems.

Before Covid-19, most hospitals were operating on a standard “fee-for-service” model, in which the more procedures they do, the more they get paid. This worked for some hospitals, but it incentivised them to increase the number of procedures to make more money, which is not always in patients’ best interests.

And the fee-for-service model wasn’t working for all hospitals, particularly those in rural areas or those that served low-income patients, where procedure volume and income are limited by sparse population and lower reimbursements from government payers, respectively.

Before the pandemic, half of US hospitals had a profit margin of 3.5 per cent or less. Between 2010 and the beginning of 2020, 120 rural hospitals were forced to close their doors.

Covid has revealed the deeper vulnerabilities of the fee-for-service model. When the pandemic hit in early 2020, many hospitals had to postpone all non-urgent surgeries their main source of revenue. This affected even facilities that had been in relatively good shape: From March to June 2020, the American Hospital Association (AHA) estimates that US hospitals lost more than $50 billion per month.

Things aren’t looking much better now: In a recent report prepared for the AHA, experts predict that hospital income still won’t have recovered to pre-pandemic levels by the end of 2021, and could remain as much as 80 per cent lower.

But in one state, the financial future for hospitals seems somewhat less bleak. In Maryland, outpatient hospital revenue between January and July 2020 was only 14.6 per cent lower than the same period in 2019; for inpatients, revenue fell by only 1.6 per cent.

The reason Maryland hospitals fared better than those in other states during Covid is that the state long ago eschewed the traditional fee-for-service model, and instead adopted an entirely different payment system designed to keep costs down and facilities financially stable.

This system proved itself to be particularly useful during the greatest financial threat ever to hit US hospitals and health systems. It protected Maryland’s hospitals, keeping them functioning and financially solvent. We believe other states could learn lessons from Maryland’s experience.

How did Maryland end up with such a different system to pay for hospital care? In 2014, an independent commission in Maryland, with input from payers and hospitals agreed to a specific annual budget for each hospital, determined by the number of patients and procedures in 2013, plus annual adjustments based on inflation and population growth.

This created a system of fixed revenue, or a global budget, paid by all insurers (public and private), so hospitals could anticipate their yearly income, and plan accordingly. The budget is not dependent on patient volume: If a hospital needed to treat more patients than it had anticipated, the reimbursement rate per patient fell; if fewer patients showed up, the rate rose.

The system continues to monitor hospitals to ensure they don’t use the payment scheme as a reason to not treat patients, or to discharge them sooner than they should.

Any savings that hospitals get from skipping unnecessary procedures, which come with costs such as supplies and additional staff, are channelled back into programmes designed to keep patients healthy and prevent hospital readmissions. Many hospitals began by focusing on reducing readmissions; others are now working with partners in their communities to redesign care to reduce diabetes and other chronic diseases.

Another major benefit of Maryland’s financing system is that it keeps hospital budgets relatively stable, even if patient volume drops off. So, during Covid, as other hospitals fell into crises when elective procedures were cancelled, Maryland hospitals stayed afloat, which gave them the stability to face the unknown and support frontline workers.

A recent paper in the Journal of the American Medical Association estimated that under the usual fee-for-service pricing system, Maryland hospitals would have lost an additional $450 million between March and July 2020.

The system is working not just for hospitals. Every year, the cost of paying for health care grows, but in Maryland, that increase is smaller than in other states. Within the first five years of their new payment system, Maryland hospitals saved Medicare $1.4 billion by limiting the rise in per-capita spending, compared with the rest of the country.

What’s more, the quality of care doesn’t appear to be suffering. In fact, the rates of preventable hospital-acquired conditions such as pulmonary embolism, renal failure and venous thrombosis fell among patients.

We’re not saying the Maryland hospital financing model would be possible everywhere — some states may not be able to get all interested parties on the same page. But it is well worth a try, and some states agree. In Pennsylvania, for instance, rural hospitals have moved to a global budget system similar to Maryland’s. Other states such as Massachusetts are considering their version of global budgets.

Whether they succeed remains to be seen. But one thing is certain: Something needs to change. Covid has shown, in a stark way, that the current system of fee-for-service pricing in hospitals is bad in good times, and worse in crises. US hospitals — and their patients — deserve better.

Africa’s more democratic than other regions relative to its development, but still needs quality leadership