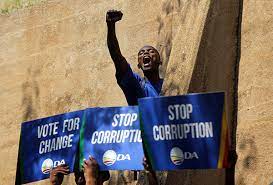 Africa’s more democratic than other regions relative to its development, but still needs quality leadership

Do recent coups in Chad, Mali, Guinea and Sudan mean that democracy in Africa is failing? This notion is fuelled by internet shutdowns, muzzling of the opposition and rising third termism. But evidence suggests that while there are pockets of concern, a robust democratic culture is in fact growing in many parts of the continent.

In 2017, elections delivered peaceful power transfers in Liberia and Sierra Leone. Protest action was channelled through the courts and government control was handed over without incident, reflecting a democratic maturity in countries with bloody recent pasts.

Nigeria experienced a peaceful handover to the opposition in 2015 for the first time since the advent of democracy in 1999. Ghana has done so over the past two decades, and The Gambia’s long-serving ruler was pressured into vacating his post after losing the election in 2016.

Meanwhile, the judiciary stands firm against abuses of power and executive overreach in several countries (Kenya in 2017 and Malawi in 2019), where election results were annulled due to misconduct and irregularities. An independent judiciary also prevailed in South Africa, where former president Jacob Zuma was forced to serve prison time in 2021 for contempt of court.

Across the world, and not just in Africa, trust in democratic governments is slipping.

In Zambia, attempts by the ruling party to subvert democracy failed as citizens flocked to the polls and elected a new president. In the August 2021 ‘youthquake’, power was handed from incumbent to opposition in a decisive result that made rigging impossible.

With biometric voting being used across Africa and greater civic engagement and demands for accountability, manipulating elections is becoming harder. And in Tanzania, the peaceful transition after president John Magufuli’s death in March facilitated a reformist agenda.

Compared to Poland and Hungary or even emerging market heavyweights such as India and Turkey, where significant democratic erosion has occurred, these examples suggest that Africa’s democratic trajectory is not that grim.

On the contrary, says Jakkie Cilliers, Head of African Futures at the Institute for Security Studies, Africa is more democratic than other regions relative to its level of development. He argues that since democracy generally follows development, Africa’s early start means the continent must achieve both simultaneously, which is difficult without quality leadership.

The continent’s premature democratisation leads to instability as it is ‘not accompanied by the institutions required to move from personalisation to institutionalisation.’

Although the continent is not regressing, there is certainly cause for concern in several countries and regions.

In 2020, the Mo Ibrahim Foundation’s Index of African Governance reported the first-ever decline in average governance since its inception. Freedom House also observed a decrease in freedom in 22 African states in 2020.

In Egypt and Zimbabwe, democratic transitions were stillborn. The optimism of seeing long-serving despots replaced by new leaders turned out to be false dawns. And the outsized role of the military in political affairs has arguably installed even more repressive regimes.

In Southern Africa, liberation movements have not matched their electoral promises with reform, and most countries’ political economies are uncompetitive, unstable and dominated by factionalism.

Greater civic engagement and demands for accountability are making it harder to manipulate elections.

Authoritarian tendencies are evident in the physical and digital domains too. Rwandan and Ugandan opposition figures are routinely jailed on spurious charges, and in Nigeria and eSwatini, draconian measures to curb dissent through Twitter bans and internet blackouts are prevalent.

Perhaps most worrying is the tendency towards ‘constitutional coups’ and ‘third termism’ that sees politicians manipulating the law to remain in power, as in Cote d’Ivoire. Linked to this is the growth of dynastic democracy (Gabon and Mauritius), where political transitions are stage-managed in favour of family members.

Coups during 2021 in Mali, Guinea, Chad and Sudan ignite memories of ‘big man’ rule and chronic instability. Military interventions seldom result in improved outcomes and reflect a breakdown of trust in governments and society.

Africa’s democratic trajectory is neither linear nor smooth. Several themes emerging in the wake of the Covid-19 pandemic will likely impact the picture. First, Covid-19 has magnified governance problems. Amid rising nationalism, isolationism and authoritarianism, is democracy fit for purpose?

Across the world, and not just in Africa, trust in democratic governments is slipping, and alternative systems are attracting attention.

Enamoured by the Beijing consensus and China’s economic success, African leaders have advocated its authoritarian model for the continent. Their oversimplified argument is that China became prosperous without western democratic prescriptions, and African countries should do the same.

Democracy, with all its checks and balances, impedes growth, they suggest.

Africa is facing a growing mismatch in values between old and young. A 2019 Afrobarometer report found that large majorities of Africans continue to support democracy and reject authoritarian alternatives. Africa’s young ‘Facebook generation’ want better and more accountable governance and insist on democracy and development simultaneously, rather than one or the other.

Yet despite these demands, the supply side of democracy is lacking, creating many ‘dissatisfied democrats.’ This is seen in the wave of recent youth-led protests – including #endSARS in Nigeria, anti-monarchy demonstrations in eSwatini, #Fixthecountry in Ghana and #FreeSenegal.

Unless the disconnect between the continent’s frustrated youth and their unresponsive leaders is resolved, a collision course is inevitable.

Last, technology has added to an already complex political dynamic. Digital democracy and digital dictatorship have emerged as two sides of the same coin, with politicians and citizens vying to exploit technology to further their agendas. This tension will shape whether countries adopt open, transparent systems or take the repressive, surveillance state route. Both have significant implications for social cohesion.

As Africa navigates internal and external threats to democracy, the pressing issue is not the system of governance but the quality of leadership. Leadership vacuums create fertile ground for anti-democratic tendencies and disorderly regime changes.

Younger, more responsive and inclusive leaders are needed to reduce the vulnerability of political systems to despots and coup plotters. The message from Africa’s youth is loud: the status quo is simply not good enough.