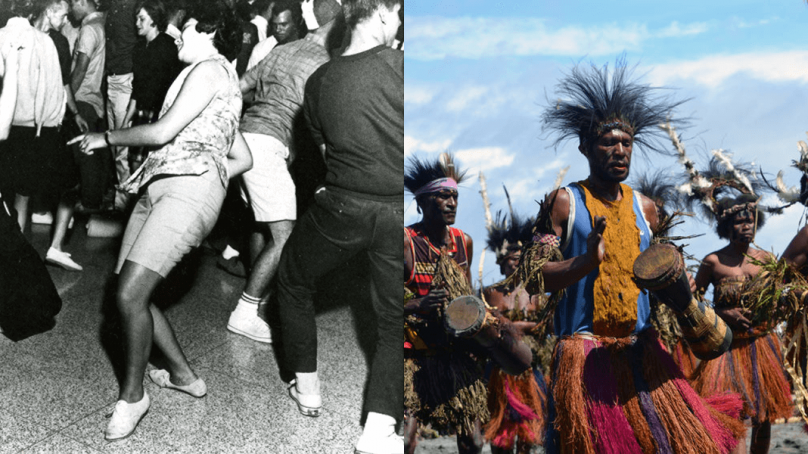 Music and dance are so deeply embedded in the human experience that we almost take them for granted. They’re distinct from one another, but intimately related: Music — arrangements of sound over time — causes us to move our bodies in space.

Without knowing it, we track pulse, tempo and rhythm, and we move in response. But only recently have scientists developed the tools, and the inclination, to quantitatively study the human response to music in its many forms.

It’s a research programme that relies on a wide array of approaches, employing techniques from the study of perception and cognition to those of neurobiology and neuroimaging, with additional insights from psychophysics, evolutionary psychology and animal studies.

Among the more intriguing findings: evidence that a number of nonhuman animals, including California sea lions and rhesus macaques, can respond to music and “keep the beat” — though not as well as humans. And while people seem to be hardwired for a response to music, those wires can be damaged: A few rare cases have been reported of people who are unable to synchronize their body movements with audio cues. The culprit appears to be damage or dysfunction in certain key brain areas, such as the basal ganglia, known to govern voluntary motor function and procedural learning.

I had been a professional musician for many years. I had actually dropped out of college to work as a musician and as an arranger of music. And then, when I went back to college, I was driven by questions about how musicians do what they do.

Originally, I had no idea what academic department would address those questions. I went to the music department; and to philosophy, where they had courses on aesthetics; and I went to sociology, where they had classes on group behaviour in response to trends and movements; and it was psychology, and particularly cognitive science, that seemed to have the tools to ask these questions.

Do we have any way of knowing how far back these two things — music and dance — have been a part of our evolutionary history?

Unlike cave paintings, which left some evidence that we can carbon-date and test, music, being ephemeral and auditory, doesn’t leave a trace — at least it did not, until we had things like piano rolls or written notation. So, we have to make inferences. But some of the inferences are pretty strong. Some of the oldest artifacts we have found involving early humans are bone flutes; some of these are more than 40,000 years old.

Another piece of evidence is the depiction of people dancing, in cave paintings or on pottery shards. And a third piece of evidence comes from hunter-gatherers or subsistence tribal groups that have, as far as we know, been cut off from civilisation or technology, from Western influence.

Anthropologists and cultural psychologists who have gone to visit them, and to see what their lives are like, have seen that they have music and dance.

Carved from the wing bones of the red-crowned crane, these six ancient flutes were discovered at a site in Jiahu in the Henan Province of China, among the remains of some 30 other similar flutes. Study of the tones played by the 7,000- to 9,000-year-old flutes show that they produce musical notes similar to the Western eight-note scale that starts with “do, re, mi.”

In his 1997 book How the Mind Works, psychologist Steven Pinker famously (or perhaps infamously) referred to music as “auditory cheesecake.”

His claim was that music couldn’t have been an evolutionary adaptation because it offered no survival advantage. Pinker suggested that it was an accidental offshoot of the development of language. I take it your view is quite different?

I think there’s evidence of a “music acquisition module” in our brains analogous to what Noam Chomsky described for language acquisition. Babies and infants will respond to music just from being exposed to it; you don’t need to explicitly teach it to them.

By just a few years of age, most babies can tell when there’s a chord out of sequence or a note out of tune. This suggests that there’s circuitry that evolved in the brain that can take information, or a stimulus in from one sensory channel — an auditory channel — and translate that to a motor output — a body movement.

And we’re the only species that can do that. This suggests that there was some evolutionary advantage. It might have to do with the ability to synchronise one’s actions with others. Just imagine that you’re building the pyramids: You’re lifting the stones and trying to put them in place — you want to be able to do the “heave-ho” without taking your eyes from your work.

What if you had a work song — “one, two, three, now” — that could help synchronize movements for lifting heavy objects, or for hunting? Being able to band together with rhythmic movements could be a huge advantage.

There’s dance: In every culture we know of, for almost all of human history, music and dance went together. And some of these dances could last for hours. So, like the peacock’s tail, music-making was a display of sexual and physical and mental competence — a display of fitness.

Another advantage would have been social bonding — between a mother and an infant, for example. Mothers of all cultures instinctively sing to their infants. This is a way to get the infant’s attention, for the infant to learn what the mother’s voice sounds like.

Perhaps the most intriguing one is memory: Music, because of its mutually reinforcing cues of rhythm, accent, structure and rhyme — and the very constraints of the scale, which mean that not just any note will fit — all of these things make music an ideal medium for encoding a message. Which is why things like the Old Testament, or the Iliad and the Odyssey, were passed down through music, centuries before they were ever written down.

Pinker and I disagree about how to interpret the evidence — but that’s how science works: We collect evidence, we weigh it and eventually the community comes to a consensus, or something close.

Interestingly, even people without any musical training are pretty good at “keeping the beat.” You point out in your paper, for example, that when non-musicians sing their favourite songs from memory, the tempo is within a few percent of the tempo of the standard recorded versions. Is this sense of tempo simply a skill that we’re born with?

Yes, it seems as though it’s hardwired. It’s because neurons synchronise with the beat of the music, and because babies go through a period of practicing motor movements and viewing the intended results as a way of training their visual-motor system.

Toward the end of your article, you talk about the neurochemistry of music. You say that it’s a promising avenue of research.

Yes, I’m fascinated by that. Having spent 20 years doing neuroimaging studies, I’ve felt that in some sense I was looking at the evidence second-hand — I was seeing what parts of the brain were active, but wasn’t really seeing the transmission of chemicals around the brain, which are in some sense more fundamental.

We published a study where we made some inferences about dopamine being released in the brain, while the subject was listening to music, based on the timing of the activations that we saw, and the particular regions involved.

They’re known to mediate levels of dopamine. So, by a mathematical inference, we were able to say that it looks like dopamine is being released.

More recently, we got the technology to tag dopamine in the brain radioactively, and then scan somebody’s brain while they’re listening to music, and watch where the dopamine goes. And what I’ve done in a recent paper is to administer drugs that are known to block certain brain chemicals — temporarily of course.

We decided to block the brain’s own opioids, which are responsible in part for feelings of pleasure.

Drumming behind the beat, on the beat or ahead of the beat refers to a subtle difference, as demonstrated in this video by Conor Guilfoyle. The difference is usually almost imperceptible, save for the change in mood that the drumming lends to the piece.

Playing behind the beat gives a plodding, heavy or lethargic mood to a song. (Listen to “Something” by the Beatles — the drumming helps parts of the song take longer to unfold or to “bloom,” forcing the listener to be patient while the chorus crescendos develop.)

By contrast, songs that convey a more urgent style often feature ahead-of-the-beat drum rhythms that very subtly “rush” the song. (Listen to the funky rock song “Superstar” from the musical Jesus Christ Superstar.) Playing on the beat is usually the default choice.

The brain releases opioids in response to certain things like sex and drugs and food; and we thought that opioids might modulate musical pleasure — but we didn’t know for sure. We said to our subjects, bring in your very favourite song, the one that reliably makes you feel really great. We administered a drug that blocks opioids for a few hours — and sure enough, people who were listening to music reported that it sounded pretty, but it didn’t move them. These were their favourite songs!

So that was a way of looking at the neurochemistry of music, at least in terms of the opioid system. We didn’t study the dopaminergic system because there isn’t a safe way to block dopamine in humans, yet — but there might be soon. There are other chemicals we can work on like the oxytocinergic system and the serotonergic system, and so on.

What are some of the problems in the science of music, and the human response to music, that you would really like to see nailed down in the next 10 years?

I think the neurochemistry, as I’ve noted, is going to be a hugely important area of research. Another question I’m interested in — and it may sound mundane, or technical — is this: Exactly what is it that drummers do that makes some of them more fun to listen to than others? There are some drummers I love playing with, like Gregg Field, like Gary Novak. And some drummers I don’t like playing with, who I won’t name. One of my favourite drummers to play with is a former student of mine, Bianca Levy, who just got her PhD from McGill — she’s fabulous.

I’d like to see the field get to the point where they’re taking drum recordings and analysing exactly where the snare drum hits in relation to the high hat and the bass drum, and to where people are “feeling the beat,” as a function of where the drummers are actually playing.

Frank Sinatra was famously behind the beat; Kendrick Lamar is famously ahead of it. Creedence Clearwater Revival had a drummer [Doug Clifford] who played behind the beat. The current drummer, Kenny Aronoff, who tours with John Fogerty, plays ahead of the beat. It gives the music an entirely different sound, and people react to it differently.

I think that a better understanding of that could have very practical implications for teaching music.