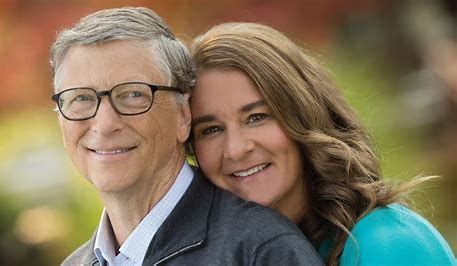 As Kenya and Africa in general experience a phenomenal rise in dissolution of marriages, divorce in the United States, Europe and other developed countries has transformed into a thriving industry from which couples are making a killing.

The latest of such high-profile dissolution was announced on Monday this week when the Microsoft couple, Bill Gates and his wife Melinda called it quits after 27 years of marriage that produced three children, the last born having just turned 19 before their divorce.

Surprisingly, the divorce was celebrated by either side in tweets soon after the final paperwork was signed.

It is not clear how much Melinda will get, but it is believed it will be one of the heftiest divorce settlements given their massive $145 billion fortune.

Whatever the case, Melinda’s peace of the cake is expected to be an amount higher than the highest ever following the divorce settlement between the world’s richest man Jeff Bezos and his wife, novelist MacKenzie.

The Bell-Melinda divorce comes exactly two years after world’s richest man Jeff Bezos parted ways with his wife MacKenzie in April 2019. The divorce agreement of $4 billion Bezos’s ex-wife walked away with was until this week the highest ever in history. In addition, People online newspaper, reported that in addition to the $4 billion from Bezos, MacKenzie will retain her position in the company she has worked for the time they have been married.

She retained a five per cent stake in her former husband’s online retail giant Amazon, then worth $35.6 billion on its own. The settlement made MacKenzie the fourth richest woman in the world.

Amazon was founded by Jeff Bezos in Seattle in 1994, a year after the couple married and Ms Bezos like Melinda Gates in Microsoft, was one of its early employees. Jeff Bezos, 57, and MacKenzie, 50, got married in 1993 and have four children.

The difference with other divorces was the civility with which Bezos and MacKenzie handled their falling out. Ordinarily, divorces are messy and noisy with casualties. However, in tweets after the dissolution was settled, Ms Bezos’ tweeted she was “grateful to have finished the process of dissolving my marriage to Jeff with support from each other.”

In reply, Bezos tweeted, “I’m so grateful to all my friends and family for reaching out with encouragement and love…MacKenzie most of all. She is resourceful and brilliant and loving, and as our futures unroll, I know I’ll always be learning from her.”

In the run up to the divorce, Amazon had generated sales of $232.8 billion and helped Bezos and his family amass a fortune of $131 billion according to Forbes.

Before they married, Deng, the third wife of Murdoch, slapped a man who was trying to throw the pie into her husband’s face during a British parliamentary hearing into the News International phone-hacking scandal, according People newspaper. They became lovers and later married.

She was promptly labelled a ‘gold-digger’ after her marriage with Murdoch. Initially nicknamed ‘Trophy Wife’ by gossip magazines she became ‘Tiger Wife’. After their marriage in 1999, they had two had daughters – Grace and Chloe.

When the union was dissolved, the court gave Deng $1.7 billion, but it is not known if Deng received the money that made the divorce the most expensive in history at the time. This is because she had signed a pre-nuptial agreement to say that a divorce would not affect the running of Murdoch’s business that was worth $9.4 billion at the time.

As marriages of prominent people continued to be rocked by scandals of sorts, America’s lucrative extended to Europe when former Italian Prime Minister Berlusconi agreed to a $30 million per year divorce settlement with his wife Veronica Lario. Lario booted Berlusconi after she saw him at the birthday party of Noemi Letizia, a young model. Lario, 56, wanted $45 million a year from Berlusconi estimated $6 billion, according to Forbes.

The divorce bug bites celebrities too. The Passion of the Christ movie actor Mel Gibson became a bachelor – a t a heavy cost – when his wife of 30 years and mother of his seen children, Robyn, agreed to go their separate ways in 2011. Because the two did not have a prenuptial agreement, Robyn, then 55, was entitled to half of Gibson’s $850 million estate.

In another marriage, Gibson voluntarily agreed to pay his ex-wife, Grigorieva, $15 million settlement to cover a racist tirade at her on the phone. The wife, Grigorieva had recorded the phone conversations without his knowledge. In 2011 the Russian singer made the tapes public, forcing the exes to strike a new deal in which Gibson would pay Grigorieva $750,000 in three instalments.

Grigorieva agreed not to talk publicly about the alleged domestic abuse she claimed she suffered during their marriage. But in 2013 during a radio interview, she breached the undertaking, forcing Gibson to sue for a violation of trust. By then, he had only paid $250,000 of the settlement so far. He argued that his ex- had breached their agreement. The court ruled that the actor would not pay the balance, hence she lost the remaining $US500,000 to the former husband.

It is not women prise hefty amounts of money in divorce settlements. In 2008 entertainment and music celebrity Madonna forked out $92 million to dissolve her marriage to Guy Ritchie after seven years.

The two had been living separate lives and only coming together every now and then for the cameras.

The cause of the divorce, media reported, was Madonna’s friendship with New York Yankee Alex Rodriguez and Ritchie’s feelings about Kabbalah. They had divergent views on fame and adoption after Madonna adopted a Malawian boy.

They had children Lourdes aged 12, Rocco 8, and David 3. David was from Malawi and his joining the Madonna family was met with resistance from her husband.

The divorce industry is thriving and growing in leaps and bounds.

Even in darkest realms of life, ‘Black and brown people are fetishes or body parts’