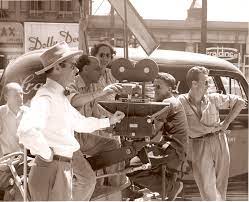 Even in darkest realms of life, ‘Black and brown people are fetishes or body parts’

When Johnnie Keyes starred in Behind the Green Door, one of the first mainstream American adult films to feature a Black performer, he was credited merely as “African Stud.” It was 1972 and his co-performer Marilyn Chambers was a white woman, an influential casting decision that earned the film the genre label of “interracial.”

After that, Keyes often spoke about the death threats he received in response to the film.

Just a few years later, the arrival of adult VHS tapes made film adult movies accessible from home, diversifying the genres available to consumers and expanding opportunities for performers, like those of colour, who had historically been stifled to underground networks and productions.

By the early ’90s, adult movies had made its way onto bulletin board systems, the internet’s precursor to forums. Sites like Rusty&Edie’s BBS boasted “the largest collection of Adult GIFs and Programs—Over 16 GIGS!!!” As the internet became more accessible, adult industry professionals started building their own spaces; performers like Danni Ashe acted as both the stars and CEOs of their own webpages, while studios developed membership sites for loyal customers.

In 2006, aggregator or “tube” sites transformed a once-contained piracy network of pornographic videos into one of industry’s primary markets. The popularity of those user-uploaded, often copyright-infringing libraries grew, and the categorisation models came with them.

These YouTube clones evolved over the following years, moving away from illegal uploads and instead becoming legitimate platforms for independent models and studios to publish and promote their own work. But for all the freedom and opportunities these sites have brought performers and filmmakers in the last decade, they continue to confine them to a classification system that is both rigid and racist.

Adult films industry aesthetics may have shifted since the 1970s, but the hurdles performers of colour have had to endure onscreen and off haven’t actually changed much at all – and the data-driven conveniences of the digital age are partially to blame.

Users, having caught on to this system, mimic the classification system in their search queries. According to Pornhub’s most recent insight report, published in 2019, eight out of the top 25 most popular search terms were non-white racial/ethnicity descriptors.

This structure, where whiteness functions as the baseline that all BIPOC performers are in contrast to, is a real disadvantage for those looking to build their careers. “White people are people to a lot of these companies. Black or brown people are fetishes and body parts,” says King Noire, a performer and producer with over 10 years of industry experience.

This discrepancy is something sociologist Angela Jones noticed while doing research for their book, Camming: Money, Power, and Pleasure in the Sex Work Industry. Jones found that uploaders, whether studios or independent models, were less likely to include the names of performers when they were people of colour. “It’s quite standard practice to just use lots of [descriptive] hashtags, especially when we’re talking about performers of colour,” Jones says. “For Black women, that might mean using the tag ‘ebony’ or ‘ebony goddess’ and relying more on these terms to drive traffic.”

This means performers of colour benefit from leveraging racialised hashtags and search terms – it helps them reach the audience most likely to follow through with clicks, views, and purchases. But it also means many of them aren’t receiving the benefits that name recognition offers.

Geoffrey Celen, founder of theporndude.com, an extensive catalogue of online pornography website reviews, says that site owners are in their own bind. Executives are concerned that regulating the tags and therefore the search terms on their platforms – for example, not allowing slurs – will drive their customers to competing websites with looser community standards.