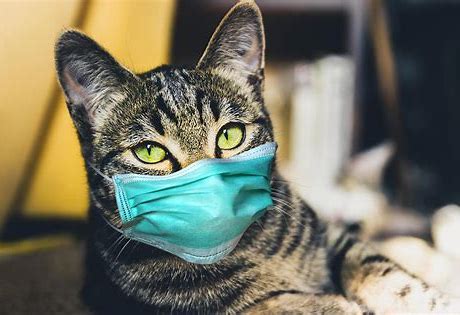 First there were sneezing hamsters, now sneezing cats. A team in Thailand reports the first solid evidence of a pet cat infecting a person with SARS-CoV-2, adding felines to the list of animals that can transmit the virus to people.

Researchers say the results are convincing. They are surprised that it has taken this long to establish that transmission can occur, given the scale of the pandemic, the virus’s ability to jump between animal species, and the close contact between cats and people.

“We’ve known this was a possibility for two years,” says Angela Bosco-Lauth, an infectious-disease researcher at Colorado State University in Fort Collins.

Studies early in the pandemic found that cats shed infectious virus particles and can infect other cats. And over the course of the pandemic, countries have reported SARS-CoV-2 infections in dozens of pet cats. But establishing the direction of viral spread – from cat to person or from person to cat – is tricky. The Thai study “is an interesting case report and a great example of what good contact tracing can do”, says Marion Koopmans, a virologist at the Erasmus University Medical Centre in Rotterdam, the Netherlands.

The feline finding, published in Emerging Infectious Diseases on June 6, came about by accident, says co-author Sarunyou Chusri, an infectious-disease researcher and physician at Prince of Songkla University in Hat Yai, southern Thailand.

In August, a father and son who had tested positive for SARS-CoV-2 were transferred to an isolation ward at the university’s hospital. Their 10-year-old cat was also swabbed and tested positive. While being swabbed, the cat sneezed in the face of a veterinary surgeon, who was wearing a mask and gloves but no eye protection.

Three days later, the vet developed a fever, sniffles and a cough, and later tested positive for SARS-CoV-2, but none of her close contacts developed Covid-19, suggesting that she had been infected by the cat. Genetic analysis also confirmed that the vet was infected with the same variant as the cat and its owners, and the viral genomic sequences were identical.

Researchers say that such cases of cat-to-human transmission are probably rare. Experimental studies have shown that infected cats don’t shed much virus and shed for only a few days, says Leo Poon, a virologist at the University of Hong Kong.

Still, Chusri says it is worth taking extra precautions when handling cats suspected of being infected. People “should not abandon their cats, but take more care of them”, he says.

Other animals suspected of infecting people include farmed mink in Europe and North America, pet hamsters in Hong Kong and wild white-tailed deer in Canada. Adding cats to the list “expands our understanding of the zoonotic potential of this virus”, says Poon.

But researchers say these are all rare events and animals don’t yet play a significant part in spreading the virus. “Humans are clearly still the major source of the virus,” says Bosco-Lauth.