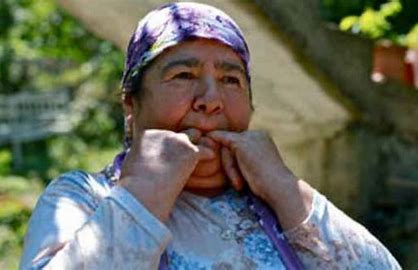 In essence, people who listen to whistled speech piece together its meaning from fragments of the full speech signal, just as all of us do when listening to someone at a crowded cocktail party. “Regular speech is so complex – there is so much redundant information,” says Fanny Meunier, a psycholinguist at CNRS who studies speech in noisy environments.

“If we have noise, then we can choose different types of information that are present in different places in the signal.”

Researchers tested how far different modes of speech could be understood under natural outdoor conditions. Whistled speech carries much further than shouting or ordinary speech, they found.

Linguists know surprisingly few details about how the brain does this. “We still don’t know what parts of the signal are useful to understand the message,” Meunier says. Most researchers who study this topic do so by deliberately degrading normal speech to see when listeners can no longer understand. But Meunier feels that whistling offers a less artificial approach.

“With whistling, it was more like, let’s see what people did naturally to simplify the signal. What did they keep?” she says. The information crucial for understanding speech, she assumes, must lie somewhere within that whistled signal.

Meunier and her colleagues are just beginning this work, so she has few results to share yet. So far, they have shown that even people who have never heard whistled speech before can recognise both vowels and consonants with an accuracy well better than chance. Moreover, trained musicians do better than non-musicians at recognising consonants, with flute players better than pianists or violinists.

Anaïs Tran Ngoc, a linguistics graduate student at the University of the Cote d’Azur, has found. Tran Ngoc, herself a musician, speculates that this is because flutists are trained to use sounds like t and k to help articulate notes crisply. “So there’s this link with language that might not be present for other instruments,” she says.

Whistled languages excite linguists for another reason, too: They share many features with what linguists think the first protolanguages must have been like, when speech and language first began to emerge during the dawn of modern humans. One of the big challenges of language is the need to control the vocal cords to make the full range of speech sounds. None of our closest relatives, the great apes, have developed such control — but whistling may be an easier first step. Indeed, a few orangutans in zoos have been observed to imitate zoo employees whistling as they work. When scientists tested one ape under controlled conditions, the animal was indeed able to mimic sequences of several whistles.

The context of whistled language use also matches that likely for protolanguage. Today’s whistled languages are used for long-distance communication, often during hunting, Meyer notes. And the formulaic sentences used by whistlers of simple tonal languages are a close parallel to the way our ancestors may have used protolanguage to communicate a few simple ideas to their hunting partners — “Go that way,” for example, or “The antelope is over here.”

That doesn’t mean that modern whistled speech is a vestigial remnant of those protolanguages, Meyer cautions. If whistling preceded voiced speech, those earliest whistles wouldn’t have needed to encode sounds produced by the vocal cords. But today’s whistled languages do, which means they arose later, as add-ons to conventional languages, not forerunners of them, Meyer says.

Two men from the island of Tenerife in the Canary Islands whistle a conversation across a valley. Their whistles contain enough information that a skilled listener can understand what’s being said. On the nearby island of La Gomera, whistled speech is taught in schools and demonstrated for tourists.

Despite their interest to both linguists and casual observers, whistled languages are disappearing rapidly all over the world, and some – such as the whistled form of the Tepehua language in Mexico – have already vanished.

Modernisation is largely to blame, says Meyer, who points to roads as the biggest factor. “That’s why you still find whistled speech only in places that are very, very remote, that have had less contact with modernity, less access to roads,” he says.

Among the Gavião of Brazil, for example, Meyer has observed that encroaching deforestation has largely eliminated whistling among those living close to the frontier, because they no longer hunt for subsistence. But in an undisturbed village near the centre of their traditional territory, whistling still thrives.

Fortunately, there are a few glimmers of hope. UNESCO, the UN cultural organisation, has designated two whistled languages – Silbo in the Canary Islands, and a whistled Turkish among mountain shepherds – as elements of the world’s intangible cultural heritage. Such attention can lead to conservation efforts.

In the Canary Islands, for example, a strong preservation movement has sprung up, and Silbo is now taught in schools and demonstrated at tourist hotels. “If people don’t make that effort, probably Silbo would have vanished,” says Díaz Reyes. There, at least, the future of whistled language looks bright.

Whistling: How some traditional cultures use whistled language for long-distance communication