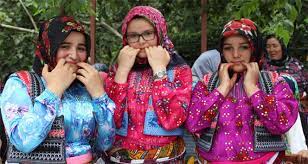 Whistling: How some traditional cultures use whistled language for long-distance communication

Tourists visiting La Gomera and El Hierro in the Canary Islands can often hear locals communicating over long distances by whistling – not a tune, but the Spanish language.

“Good whistlers can understand all the messages,” says David Díaz Reyes, an independent ethnomusicologist and whistled-language researcher and teacher who lives in the islands. “We can say, ‘And now I am making an interview with a Canadian guy.’”

The locals are communicating in Silbo, one of the last vestiges of a much more widespread use of whistled languages. In at least 80 cultures worldwide, people have developed whistled versions of the local language when the circumstances call for it. To linguists, such adaptations are more than just a curiosity: By studying whistled languages, they hope to learn more about how our brains extract meaning from the complex sound patterns of speech.

Whistling may even provide a glimpse of one of the most dramatic leaps forward in human evolution: the origin of language itself.

Whistled speech has arisen in at least 80 languages around the world, especially in rugged, mountainous terrain or dense forest, where ordinary speech doesn’t carry far enough.

Whistled languages are almost always developed by traditional cultures that live in rugged, mountainous terrain or in dense forest. That’s because whistled speech carries much farther than ordinary speech or shouting, says Julien Meyer, a linguist and bioacoustician at CNRS, the French national research centre, who explores the topic of whistled languages in the 2021 Annual Review of Linguistics.

Skilled whistlers can reach 120 decibels – louder than a car horn – and their whistles pack most of this power into a frequency range of 1 to 4 kHz, which is above the pitch of most ambient noise.

As a result, whistled speech can be understood up to 10 times as far away as ordinary shouting can, Meyer and others have found. That lets people communicate even when they cannot easily approach close enough to shout.

On La Gomera, for example, a few traditional shepherds still whistle to one another across mountain valleys that could take hours to cross.

Whistled languages work because many of the key elements of speech can be mimicked in a whistle, says Meyer. We distinguish one speech sound, or phoneme, from another by subtle differences in their sound frequency patterns. A vowel such as a long e, for example, is formed higher in the mouth than a long o, giving it a higher sound.

“It’s not pitch, exactly,” says Meyer. Instead, it’s a more complex change in sound quality, or timbre, which is easily conveyed in a whistle.

Consonants, too, can be whistled. A t, for example, is richer in high frequencies than k, which gives the two sounds a different timbre, and there are also subtle differences that arise from movements of the tongue. Whistlers can capture all of these distinctions by varying the pitch and articulation of their whistle, says Meyer.

And the skill can be adapted to any language, even those that have no tradition of whistling. To demonstrate, Meyer whistles English phrases such as “Nice to meet you,” and “Do you understand the whistle?”

Learning to whistle a language you already speak is relatively straightforward. Díaz Reyes’s Spanish-language whistling students spend the first two or three months of the course learning to make a loud whistle with different pitches.

“In the fourth or fifth month, they can make some words,” he says. “After eight months, they can speak it properly and understand every message.”

This articulation of speech within a whistle only works for nontonal languages, where the pitch of speech sounds isn’t crucial to the meaning of the word. (English, Spanish and most other European languages are nontonal.)

For tonal languages, in contrast, the meaning of a sound depends on its pitch relative to the rest of the sentence. In Chinese, for example, the syllable “ma” said with a steady high pitch means “mother,” but said with a pitch that dips and rises again, it means “horse.”

In ordinary tonal speech, the vocal cords make the pitch modulations that form the tones while the front of the mouth forms much of the vowel and consonant sounds. But not so for whistling, which doesn’t use the vocal cords. Whistlers of tonal languages thus face a dilemma: Should they whistle the tones, or the vowels and consonants? “In whistling, you can produce only one of the two. They have to choose,” says Meyer.

Two men whistle to one another in Spanish in Écrins National Park in France. The man whistling from in town is David Díaz Reyes, a researcher studying whistled language.

In practice, almost every whistled tonal language chooses to use pitch to encode the tones. For languages with a complex set of tones – such as Chinantec, a language in southern Mexico with seven tones (high, mid, low, falling high-low, falling mid-low, rising low-mid and rising mid-high), or the equally complex Hmong language – pitch still gives enough information to carry meaning.

But for simpler tonal languages – such as Gavião, an Amazonian language Meyer has studied, which has just two tones, low and high – whistlers must confine their conversations to a few stereotyped sentences that are easily recognized.

Even for nontonal languages, the whistled version of speech doesn’t contain as much frequency information as ordinary spoken language, but it does carry enough to recognise words. When researchers tested people’s comprehension of whistled Turkish, they found that experienced listeners correctly identified isolated words about 70 per cent of the time; for words in common whistled sentences, the context helps to resolve ambiguities and the accuracy rose to approximately 80 to 90 per cent.