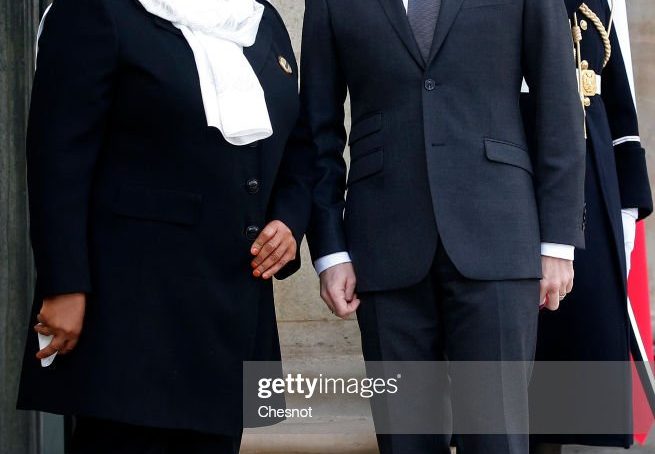 President Emmanuel Macron met with his Tanzanian counterpart Samia Suluhu Hassan on Monday to discuss trade and business deals ahead of the European Union-African Union summit in Brussels at the end of the week.

The meeting is part of Suluhu’s extended visit to Europe, which included the One Ocean summit in Brest last week.

Suluhu has hinted that Tanzania will be signing the East Africa Commission-EU trade agreement this week, at the AU-EU summit on Thursday.

Although Suluhu is from the same party as late president John Magufuli, some had hoped for a sea-change in domestic and international policy after his death in March 2021. Changes have been slow, but a number of announcements this month have shown that her view from Tanzania is more moderate than Magufuli, who was often described as despotic.

Tanzania announced last week that it was lifting the ban on four newspapers, Daima, Mawio, Mwanahalisi and Mseto, that had ceased publishing in 2016 and 2017 for reporting on human rights violations and exposing alleged corruption.

“Now that the ban on these newspapers has been lifted, the Tanzanian authorities must immediately repeal the Media Services Act to ensure that independent media outlets can operate freely, and carry out their work without fear of reprisals,” Sarah Jackson, Amnesty International’s Deputy Director for East Africa, the Horn and the Great Lakes said in a statement.

The government had used the Media Services Act and the Newspaper Act to punish media outlets that were critical of the Magufuli presidency or to shed light on issues of governance.

Another announcement from Tanzania late last month on reporting Covid-19 cases was also a positive development. In a statement, Health Minister Ummy Mwalimu said that Covid-19 cases would be reported on a weekly basis.

The country started administering Covid vaccines since last July, and by January 2022, four per cent of the population has been vaccinated.

With the advent of the Covid-19 pandemic, Tanzania under Magufuli refused to acknowledge that the coronavirus was present in the country. Tanzania was one of the few countries globally that denied the existence of Covid-19, as Magufuli insisted that it had been “prayed out of Tanzania.” Under his helm, he declined vaccines from various donors.

Africa Centers for Disease Control and Prevention (Africa CDC), an AU body, had repeatedly called on Tanzania to report their cases of Covid-19 since the pandemic started.

Magufuli, who officially died of heart disease on 17 March 2021, was rumoured to have died of Covid. While Suluhu reached out to opposition figures after becoming president following Magufuli’s death, her more moderate stance has not proven to be consistent across the board.

Opposition party leader Freeman Mbowe is currently on trial for terrorism charges. The Chadema party leader was arrested last July, but his case has dragged though court, the most recent delay just last week after police witnesses repeatedly called in sick, stalling the judicial process. The case was slated to resume Monday.

Another sticking point for activists remains the “blogger tax” imposed during the Magufuli regime that requires bloggers and owners of websites to register with the government and pay roughly €800 per year to operate.