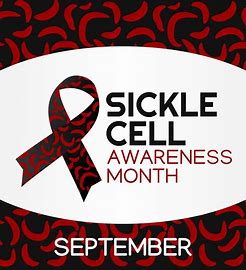 Sickle-cell disease was once a childhood ailment, simply because many children with the condition died before reaching adulthood. But since 1972, when the US National Sickle Cell Disease Programme was founded and specific funding became available, the United States has managed to drastically reduce childhood deaths from the disease.

Between 1979 and 2005, the death rate for children with the disorder dropped by an average of three per cent per year.

Unfortunately, although the outlook has improved for children, it has worsened for adults. In all the time that researchers have focused on childhood sickle-cell disease, “there wasn’t as much attention on the fact that these children become adults,” says Marsha Treadwell, a clinical psychologist and sickle-cell specialist at the University of California San Francisco (UCSF) Benioff Children’s Hospital in Oakland.

The death rate for adults with sickle cell in the United States increased by one per cent each year between 1979 and 2005, and this trend continued until at least 2017.

Access to paediatric care is far from perfect – only one-third of children with sickle-cell disease are adequately checked for their risk of stroke, for example. In the United States, most people with the disease – although certainly not all – are Black or Latinx with African ancestry.

Systemic racism throughout the country’s history has resulted in these populations having less wealth, lower social status, fewer job opportunities and poorer access to healthcare than the white majority. This means that sickle-cell care has been plagued by inequities: people with the disease are less likely to have private health insurance or disposable income, so treating them is less profitable, leading to less research funding and not enough specialists.

But adult care lags behind even more. The difference cannot be fully explained by biology – many of the interventions that save children’s lives can save adult lives, too, but they are rarely used. Instead, it is underpinned by a lack of healthcare resources devoted to adults with sickle cell, plus a stronger influence of racism when adults interact with the medical system.

Paediatric care has improved so much over the past decades that it provides a roadmap for adult care. “Adult sickle-cell programmes should be funded like the paediatric ones are,” says Sophie Lanzkron, a haematologist specialising in adults at the Johns Hopkins University School of Medicine in Baltimore, Maryland. It’s not about education: specialists generally know what to do, the healthcare system just isn’t doing it, she says.

The biggest reason adult care isn’t in line with paediatric care is that there are few comprehensive centres for adults with sickle-cell. “The model of comprehensive care is the model that really resulted in great advances for children so that they could live longer,” says Treadwell.

The National Sickle Cell Anemia Control Act of 1972 allocated funding for sickle-cell screening, treatment, research and education and it spurred the creation of multidisciplinary care centres for children across the United States.

The National Institutes of Health granted funding for 10 centres in 1972 and five more in 1973, with extra grants throughout the subsequent decades — the latest being in 2008. These centres included not only haematologists who specialised in sickle cell and emergency-department physicians well versed in the disease, but also social workers, psychologists, education specialists and nutritionists.

Specialists in treating organs commonly damaged by sickling cells, especially the brain and kidneys, could also be looped in.

But adults with sickle cell do not typically have access to such centres. There are only 49 adult sickle-cell centres in the United States versus 168 for children, according to the Sickle Cell Disease Association of America. That’s compared with more than 100 centres each for cystic fibrosis and haemophilia, diseases of similar complexity and frequency, which affect a significantly greater number of white people.

Because of this lack of facilities, says Treadwell, “There was a push to move people with sickle-cell disease into primary care, but that’s not really appropriate for a multi-system, complex, chronic condition.” This is “an example of structural racism,” she says.

And that, sickle-cell specialists say, is a recipe for failure. Not only is specialized knowledge required to treat people properly, but the disease is also just uncommon enough that most primary-care physicians can’t afford to spend their time keeping up on it. They might only have one person with sickle cell and 100 with diabetes. “You’re going to spend your continuing medical education on figuring out how to best treat diabetes and not on sickle-cell disease,” says Lanzkron.

So, comprehensive-care centres are a must. Fortunately, there are ways to catch up on building them for adults. John Strouse, a haematologist who treats adults and children at Duke University School of Medicine in Durham, North Carolina, is impressed by California’s approach. Last year, the US Centers for Disease Control and Prevention (CDC) in Atlanta, Georgia, funded state-wide surveillance programmes to collect data on the prevalence and distribution of sickle-cell disease.

“California leveraged that data to get US$15 million from their state legislature to start sickle-cell centres,” Strouse says, “an amount of money that is potentially transformative.”

Treadwell was one of the leaders of the California effort. The group met every month for a year, she says, to craft a plan for the state legislature. So far, ten sickle-cell centres have been funded, including some in southern California – the part of the state where adult sickle cell is most prevalent, she says.

In places with no specialised centres, a hospital should instead direct people with sickle-cell disease to teams in the hospital that care for people with complex medical needs, such as those with mental illness as well as congestive heart failure, says Jeffrey Glassberg, director of the Mount Sinai Comprehensive Sickle Cell Programme in New York City.

For rural or remote medical systems that are too small to do that, Lanzkron hosts a weekly, hourlong telementoring meeting. Remote medical providers call in to present and discuss cases with Lanzkron and a team of sickle-cell specialists, including a psychiatrist who is also a pain expert, and often social workers and community health workers. Telementoring flips the script on telehealth: people get in-person care from a generalist, who in turn gets virtual support and advice from sickle-cell specialists.

Because of the lack of specialized disease centres for adults, the switch from paediatric to adult care — often referred to by caregivers as transition – is particularly difficult. “I hate transition,” Lanzkron says.