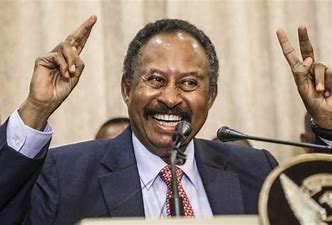 Events leading up to the resignation on January 2 of civilian Prime Minister Abdalla Hamdok have returned Sudan’s rocky democratic transition to square one. This raises fundamental questions about what needs to be done differently to revive the faltering democracy project.

After public protests, international pressure and threats of sanctions, Hamdok – apparently grudgingly – returned to the prime ministership on November 21 after being given some assurances of autonomy and security force restraint by Burhan.

But Burhan didn’t keep his side of the bargain. Street protests continued by pro-democracy activists who accused Hamdok of betraying the revolution by accepting a flawed agreement. Security forces continued arresting activists and using brutal violence to disperse the protests, killing 15 since Hamdok returned to government.

He was also frustrated at the military’s rejection of his appointment of key officials in government ministries, CNN said.

Hamdok also cited as a reason for stepping down that he had failed to persuade the democratic opposition – implicitly the Forces of Freedom and Change (FFC) – to enable him to form a government of technocrats as he had agreed with Burhan. The FFC constituted the civilian component of the 2019 transition government.

So, where to next for the democratic revolution? The immediate task seems to be to replace Hamdok. As Institute for Security Studies Research Officer Maram Mahdi points out, under the constitutional declaration of 2019, the FFC is again theoretically tasked with electing a new prime minister.

But having been excluded from the November 21 deal, and weakened by internal fragmentation, the FFC is now out of the equation. So ‘there’s no roadmap for what happens next and no credible actors trusted to draft one,’ says Mahdi.

Some names – particularly that of former finance minister Ibrahim Elbadawi – have nonetheless been floated as replacements for Hamdok. But anyone with street credibility seems unlikely to take the job for fear of being branded a collaborator.

And as Hamdok’s brief six-week stint back in the job demonstrated, it could prove an impossible job. The Troika (United States, United Kingdom and Norway) and the European Union (EU) have led the international community’s involvement in the transition. They pledged continued financial support only if a new prime minister and government were appointed with the ‘involvement of a broad range of civilian stakeholders.’

But the US-based research and advocacy group The Sentry suggests that a preoccupation with replacing Hamdok is misdirected. It argues that the October coup didn’t represent ‘a fundamental shift in the power dynamics in Khartoum’ – because the military was in charge anyway. Instead, it says the coup merely brought ‘the security services’ warped incentive structures into public view.’

The coup, in other words, just underlined that the military’s priorities weren’t to lose their lucrative economic interests, nor be held accountable for their human rights abuses, before or during the transition. The Sentry’s prescription is more aggressive international sanctions targeting those military officials with commercial interests and those who have committed human rights abuses.

John Prendergast, co-founder of The Sentry, said, “The longer the United States and European Union wait to create consequences for the actions of the military rulers, the more the regime is consolidating its economic and political power, to the great detriment of Sudan’s population.”

The Sentry said confronting these dynamics was essential for addressing Sudan’s political crisis and revitalising the transition to civilian rule.

But why would such sanctions work against Burhan and Co when they failed for so many years to dislodge Bashir? Because, says The Sentry, the sanctions would home in on identified commercial interests of individual military officers. And on individual atrocities.

Mahdi agrees that merely “plugging another prime minister (whether a civilian technocrat or an Islamist old guard) into this arrangement will lead to similar results.” Hamdok resigned because he couldn’t carry out his executive powers – and this would continue as long as the military remained in control.

“The biggest mistake the international community made was encouraging a return to the status quo ante the coup. A shared transitional government will not work. This became evident when it was time for the military to hand over control to civilians,” says Mahdi. She suggests the Troika and EU think seriously about different policy options to limit the military’s role in governing Sudan.

“Things are now clear,” he told the Sudan Tribune. “So, this facilitates the unification of all political forces to bring down the military.”

The way ahead may indeed now be that clear. But it is also clearly a bloody way. Are there other, less confrontational options? Beyond the Troika and the EU, could regional actors who may have leverage in Sudan such as Egypt, Turkey, the Gulf States, the African Union and the Intergovernmental Authority on Development step up? And could the military be offered incentives to back down?

The South African 1990s precedent of granting amnesty to those military and other apartheid officials who confessed their crimes to the Truth and Reconciliation Commission comes to mind. Without that – and perhaps also without an agreement that white economic interests in general wouldn’t be touched – a resilient regime, backed by Africa’s strongest military, would probably not have relinquished power.

Should the same logic not be applied to Sudan where the military is proving itself impervious to sanctions, threats of justice and street protests? And perhaps the political opposition, if it correctly understood the balance of power, would have backed Hamdok’s return to government and should still do so.

The Sentry’s Director of Investigations, JR Mailey, demurs. “Certain concessions to the military may be necessary or inevitable. However, providing amnesty for the perpetration of atrocities is inconsistent with international law. Developing a mechanism akin to South Africa’s truth and reconciliation commission model could be a goal, but the circumstances are very different.”

Mailey adds, “South Africa’s process only began after a seismic shift in the country’s political landscape. And that seismic shift occurred after a robust international divestment and boycotting campaign. Currently, Sudan’s military has no incentive to engage in such a process in good faith.”

Which doesn’t necessarily mean it’s not worth a try.