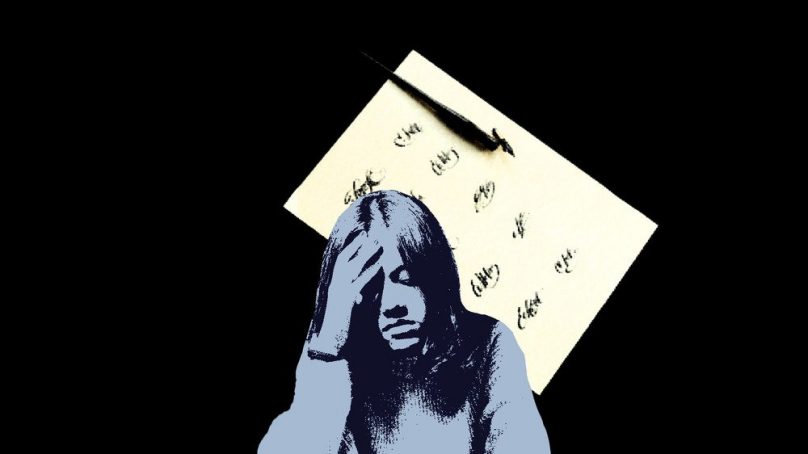 As Covid-19 enters a third year, so does the “shadow pandemic” of violence against women. Such violence is not new of course, but it has been fostered by lockdowns and economic blows dealt by the coronavirus.

The rise in violence since early 2020 has increased awareness and stirred interest in legal and other frameworks aimed at protecting women. One is a new global initiative called Every Woman Treaty: A draft accord prepared by a coalition of women’s rights activists and organisations from 128 countries.

The document had been in the works for eight years, Lisa Shannon, a co-founder of the group, told The New Humanitarian shortly after the draft treaty was made public in November. The goal is consideration, formal deliberation and eventual ratification by UN member-states, with the aim of preventing and ending violence against women.

That would be accomplished by using the treaty to set clear prevention and reporting practices, and to increase training and funding mechanisms.

“Ultimately, nations will negotiate the final text,” Shannon explained, noting that member states will need to finalise the draft, which is based on research and discussions with activists, survivors, academics, human rights attorneys, government officials, policymakers, and others, and which consolidates definitions and guidelines from existing conventions. The draft offers civil society’s “vision of what they would like” the treaty to be, Shannon added.

While more than 150 countries have laws to fight domestic violence, and international treaties address some areas of violence against women, critics say the impact has been spotty at best.

“Women’s rights activists put our lives on the line every day fighting for the right to be free of violence, but we can’t do it alone,” said Najla Ayoubi, another Every Woman Treaty co-founder, and the first female judge in Afghanistan’s Parwan province. Ayoubi was forced to flee after her father and brother were assassinated. “Laws and policies work,” she added.

Throughout their lifetimes, one in three women are subjected to physical or sexual violence, the World Health Organization has reported, noting that the pandemic has increased exposure to potentially violent situations. In humanitarian situations, up to 70 percent of women are subject to such violence.

“Gender-based violence (GBV), including rape and sexual violence, are violations of the fundamental principles of international humanitarian and human rights law, so we need to get over this divide we have constructed in our perception… between GBV in conflict settings and GBV in normal settings.”

Existing regional accords – such as the Council of Europe’s Istanbul Convention, the Belém do Pará Convention in Latin America and the so-called Maputo Protocol to the African Charter on Human Rights – still exclude the Middle East and Asia.

Global agreements, including the UN’s 1979 Convention on the Elimination of All Forms of Discrimination against Women (CEDAW) and the International Labour Organization’s workplace treaty, signed in 2019, contain sections relating to violence against women but stop short of codifying all forms of GBV.

Shannon spoke with The New Humanitarian about the next steps for the draft treaty, why the Global South must lead the call to action, and the importance of increased funding to combat violence against women and girls. This interview has been condensed and edited for length and clarity.

The New Humanitarian: Your coalition has called on the UN Human Rights Council to demand a global convention to end violence against women. Do you plan to present the draft treaty to UN bodies?

Lisa Shannon: Now that we have a first draft treaty, we have been deep in dialogue with potential league nations. Treaties generally come to be when a handful of nations decide to plant the flag and champion the cause. We met with 102 nations to discuss the treaty, but, with this first draft, the conversations have entered a different phase.

We are very clear that civil society does not write treaties. Nations need to come to the table to negotiate treaties. This first draft treaty was based on eight years of global consultations with frontline activists and government officials, scholars. It is a very strong draft that puts us further down the line, and when nations sit down to negotiate a treaty, civil society has already had their input to carry forward a vision of what they would like it to be. Ultimately, nations will negotiate the final text.

Shannon: We consulted with government officials. Active government officials have not been involved in the drafting of the first draft. The first draft involved a full sweep review of the current global framework. We also looked at recent negotiations that we thought reflect where the text could land. We looked specifically at the text of recommendation 35 from CEDAW and the ILO workplace violence treaty, because the latter was negotiated in 2019, the former in 2017. These are recent negotiations that nations could be enthusiastic about.

One of the things that was striking to me was the very regional flavours in the feedback we received. The feedback from Europe looked very different from feedback from Africa or Asian nations.