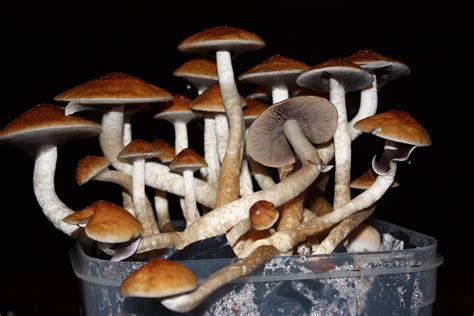 Eagerly awaited results of the largest-ever study of psilocybin were announced on Tuesday this week, with Compass Pathways revealing the psychedelic drug was highly efficacious as a therapy for treatment-resistant depression.

Still, the company’s stock price dropped 16.4 per cent by the close of trading, perhaps because of safety concerns among investors.

The Phase 2b study is the largest randomised, controlled, double-blind trial of psilocybin, the psychedelic compound in magic mushrooms. The company said it found that patients who were given the highest dose, 25 milligrams, had a significant decrease in depressive symptoms compared to those given one milligram, which is such a low dose it functions as a placebo.

Those who received the highest dose also experienced an average reduction on a measure of clinical depression (the Montgomery-Asberg Depression Rating Scale) that was 6.6 points greater than those who took one milligram. Other patients were given a 10-milligram dose, but there was not a statistically significant impact for those patients compared with the one-milligram arm.

“Everyone agrees such a result hasn’t been seen before in depression research, so we’re incredibly happy with that result,” said Lars Christian Wilde, co-founder and president of Compass.

Boris Heifets, a neuroscience researcher at Stanford who studies psychedelics and was not part of the study, agreed the results are “super promising.” The effectiveness of psilocybin at three weeks, according to Compass’ study, is roughly comparable to the effects of ketamine at one day, according to a smaller 2013 study, he added, which suggests the benefits of psilocybin hold up well over time.  “We’re still missing a lot of the detailed data,” he added, but the summary results are “pretty good news.”

The study, which enrolled 233 patients at multiple sites across Europe and North America, is the most rigorous trial on psilocybin for treatment-resistant depression and adds considerable weight to earlier, smaller studies of the drug that were also promising. The US Food and Drug Administration has granted Compass Pathways’ treatment breakthrough therapy designation, meaning the drug approval process will be accelerated if studies continue to show positive results.

Compass is working toward starting a Phase 3 trial next year; current results suggest it’ll likely use a 25-milligram dose, but Wilde said that decision will be made following conversations with regulators.

“The suicidal behaviours were reported at least one month after the administration of treatment and they occurred in patients who were essentially non-responding,” Guy Goodwin, Compass’ chief medical officer, said in an investor call Tuesday morning. In at least one case, though, suicidal ideation was reported early on in treatment, he added.

The numbers are small enough for the difference between treatment arms not to be statistically significant, said Wilde, noting that suicidal behaviours and ideation are common among depressed patients.

“We’re dealing with a severe patient population, both in terms of patient severity and duration of their depressive episode,” he said. “Unfortunately, those events have to be expected.”

There were three suicides in studies of esketamine, the only psychedelic currently approved for treatment-resistant depression, he pointed out.

Researchers in previous studies have reported a “disappointment reaction,” whereby patients’ symptoms worsen because the novel treatment doesn’t immediately cure their depression. The difference between the treatment arms is unexpected, said Heifets, as patients tend to get more depressed if they’re assigned to placebo and don’t get effective treatment.

“If anything, I’d expect it to go the other way.” But, he added, suicidal behaviours are common in research on depressed patients. “That means it’s not attributable to psilocybin having a suicidal side effect,” he said.

Goodwin said the researchers plan to study the data in more detail, including analysing responses to a questionnaire all patients took for suicidal assessment, to better understand the connection.