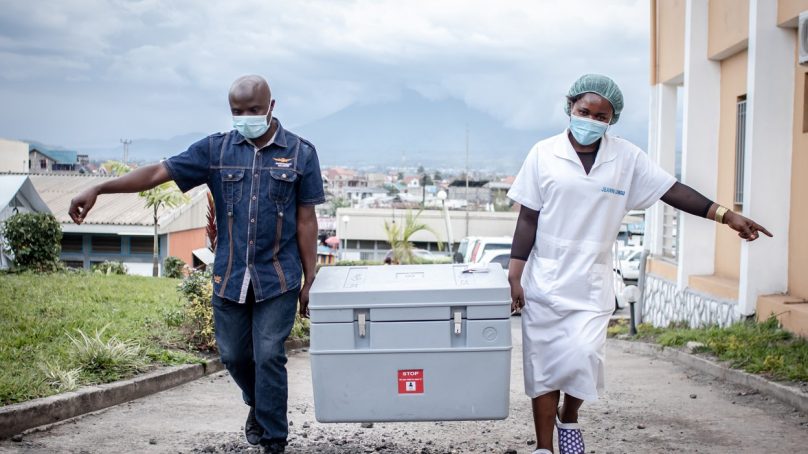 Over the past six months, hundreds of millions of people around the world have rushed to follow in the footsteps of a 90-year-old British woman named Margaret Keenan.

At 6:30 am on December 8, 2020, Keenan became the first person to receive a Covid-19 vaccine as part of a mass vaccination effort. Her shot was the culmination of a frenzied effort to develop vaccines safely and in record time.

Now, more than 1.7 billion doses later, researchers are sifting through the data to address lingering questions about how well the vaccines work – and how they might shape the course of the coronavirus pandemic that has already taken more than 3.5 million lives.

“It’s absolutely astonishing that this has happened in such a short time – to me, it’s equivalent to putting a person on the Moon,” says paediatric infectious-disease specialist Cody Meissner at Tufts University School of Medicine and Tufts Children’s Hospital in Boston, Massachusetts. “This is going to change vaccinology forever.”

We look at what lessons have emerged during the first six months of Covid-19 vaccinations, as well as what questions still linger. Overall, the vaccine results have been extremely promising – even better than many had hoped – but researchers have concerns about emerging variants and the potential for immune responses to wane.

Danish epidemiologist Ida Moustsen-Helms was excited in February when she first saw how well the Pfizer-BioNTech vaccine was working in healthcare workers and residents of long-term care facilities, who were the first to receive it in Denmark. A clinical trial in more than 40,000 people had already found the vaccine to be 95 per cent effective in protecting recipients from symptomatic Covid-19.

But Moustsen-Helms, who works at the Statens Serum Institut in Copenhagen, and her colleagues were among the first to test its effectiveness outside clinical trials, which can exclude some unhealthy individuals or those taking medicines that suppress immune responses.

The results showed it was 64 per cent effective in long-term-care residents with a median age of 84 and 90 per cent effective in health-care workers, which struck Moustsen-Helms as good news, given that immune responses in older people can be muted. But some Danish politicians were upset by the relatively low effectiveness in older recipients.

“People were saying ‘how can this be true?’” she says. “Sometimes they forget that when you look at a trial result, those individuals included in trials are very different from people in the real world.”

Since then, real-world data have come in from several countries and much of the news has continued to be positive about how well vaccines perform in the general population. A nationwide vaccination campaign in Israel found the Pfizer-BioNTech vaccine, co-developed by Pfizer in New York City and BioNTech in Mainz, Germany, to be 95 per cent effective against SARS-CoV-2 infection seven days or more after the second dose.

The Gamaleya National Research Center of Epidemiology and Microbiology in Moscow and the Russian Direct Investment Fund announced that their Sputnik V vaccine has been 97 per cent effective in almost four million people in Russia.

And last month, London-based Public Health England reported that the Pfizer-BioNTech and Oxford-AstraZeneca vaccines are both 85-90 per cent effective in preventing symptomatic disease after two doses. It cautioned, however, that it had low statistical confidence in the result for the Oxford–AstraZeneca jab, developed by the University of Oxford, UK, and AstraZeneca in Cambridge, UK.

Among older adults who received the Pfizer–BioNTech vaccine, Israel has seen 94 per cent protection from SARS-CoV-2 infection in people over 85 years old. This is remarkably high for that age group, and considerably higher than Moustsen-Helms’s result of 64 per cent, possibly in part because long-term-care residents are prone to be in poor health.

Similarly, a UK study found that the Pfizer–BioNTech and Oxford-AstraZeneca vaccines were both 80 per cent effective at preventing COVID-19 hospitalizations in people aged 70 or older.

Studies are under way to see whether vaccine effectiveness can be boosted even more by mixing and matching vaccines, and early results have been promising. But the vaccines have already exceeded expectations, says Meissner, especially given how quickly they were developed – despite thorough safety testing in unusually large clinical trials – and the novel approaches they used.

Some vaccines spend years in development, and still might not achieve this level of protection. “The efficacy of these vaccines is absolutely remarkable,” says Meissner.

At the other end of the age spectrum, Pfizer-BioNTech and Moderna in Cambridge, Massachusetts, have recently completed clinical trials of their vaccines in adolescents, showing 100 per cent and 93 per cent protection in those aged 12-15 and 12-17, respectively.

Real-world data are not yet available. Meissner, who is an external adviser on vaccines to the US Food and Drug Administration, questions whether children under 12 should get the vaccines before the shots have received full regulatory approval – rather than an emergency-use authorization.

Soon after the triumph of Keenan’s first dose, the world had a fresh reason to worry. A SARS-CoV-2 variant identified in the United Kingdom seemed to be spreading unusually fast; a different variant first identified in South Africa carried worrisome mutations in the coronavirus spike protein that serves as the basis for most COVID-19 vaccines in use.

Since then, further ‘variants of concern’ have arrived in a steady parade, brandishing mutations that might boost the virus’s spread, or undermine the effectiveness of Covid-19 vaccines. “Uncontrolled outbreaks generate mutants,” says Jerome Kim, director-general of the International Vaccine Institute in Seoul.

Initial laboratory tests suggested that antibodies raised by the Pfizer–BioNTech vaccine were less effective against the B.1.351 variant identified in South Africa, but it was unclear how that would affect protection against disease. In May, researchers in Qatar published reassuring data showing that people who received two doses of the Pfizer–BioNTech vaccine were 75 per cent less likely to develop COVID-19 from infection with B.1.351, and were almost completely protected from severe disease7.

“The big question right now is whether introduction of other variants could change the situation,” says study author and infectious-disease epidemiologist Laith Jamal Abu-Raddad at Weill Cornell Medicine–Qatar in Doha. “We are watching this on a daily basis, but we have optimism that maybe we have seen the worst.”