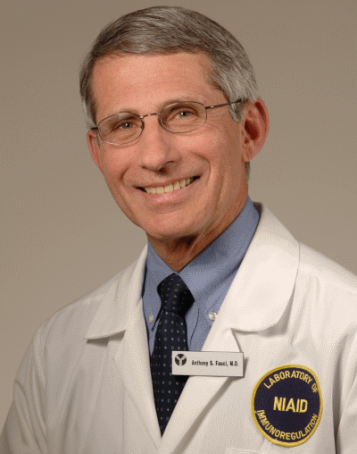 A public interest organisation and a law firm in the United States, Judicial Watch, has announced that it had obtained 280 pages of documents from the Department of Health and Human Services that lays bare the truth about how the United States facilitated Wuhan Institute of Virology to research into coronavirus.

The revelations have increased the suspicion that Covid-19 may have been a deliberate mission to get rid of the older generation, which in developed nations, is designated a liability to the economy as it makes the bulk of demography of consumers as opposed to producers made up of the youth. The theory – considered conspiracy – has been used to explain why there are few deaths and infections in Africa and other developing countries.

Up to the time the virus “leaked” out the Wuhan University Lab and spread rapidly throughout the world the Department of Health and Human Services had between 2014 and 2019 funnelled $826,277 to the Wuhan Institute of Virology for bat coronavirus research, the emails show.

The funds were channelled through the National Institute of Allergy and Infectious Diseases (NIAID) headed by Dr Anthony Fauci, the emails reveal.

In the past few weeks, Dr Fauci has been under immense public pressure to shed light on the relationship between the Wuhan Institute of Virology in China and NIAID, but he had until the two weeks ago deflected all questions until public interest groups sued for access to the information – including his email – under Freedom of Information Act.

On the back courts orders, the documents – some of which were redacted or withheld in their entirely – give details of how contracts and agreements were controversially entered with the Wuhan Institute of Virology in China.

In the case that pitted Judicial Watch Inc against the US Department of Health and Human Services, the former says it has been granted unrestricted to a trove documents that might help inform public opinion about the origin and spread of the coronavirus.

The agency is only processing 300 pages records per month, which means it will take until the end of November for the records to be fully reviewed and released under FOIA.

The records include a chart of NIAID funding to the Wuhan Institute of Virology sent on April 21, 2020, by NIAID’s Chase Crawford to Principal Deputy Director Hugh Auchincloss and other NIAID officials.

The agency funds directed to the Wuhan Institute of Virology between the years 2014 and 2019 was $826,277 in total. All of the projects listed in the chart are titled “Understanding the Risk of Bat Coronavirus Emergence.”

“WH (White House) has strongly embraced concerns raised by Congressman Gaetz who is publicly criticising HHS/NIH for funding the Wuhan laboratory’s bat research. I’m disgusted to learn that for years the US government has been funding dangerous and cruel animal experiments at the Wuhan Institute, which may have contributed to the global spread of coronavirus, and research at other labs in China that have virtually no oversight from US authorities,” Tabak says in a subsequent email.

Tabak continues, saying, “The 3.7-million-dollar figure is over six years to all sites, which include (several in) China, Thailand, Cambodia, Laos, Vietnam, Malaysia, Indonesia and Myanmar. We estimate that approximately $826,300 has been spent at this site since the inception of the grant. Yearly costs appear to be about $80,000 per year. The grant is in year six of a total of 10 years.”

In the email, Morens writes, “Hi guys, does any of you have any inside info on this new coronavirus that isn’t yet in the public domain? Or any thoughts?”

In reply, Daszak says, “Yes, lots of information and I spoke with Erik Stemmy and Alan Embry yesterday before the news was released. Erik is my programme officer on our coronavirus grant specifically focused on China….” Morens thanked Daszak for the reply saying “the excitement never end…”

Daszak admitted that NIAID had been funding coronavirus work in China for about five years before the pandemic broke out. In the email with the subject, “Understanding the Risk of Bat Coronavirus Emergence” the other collaborating institutions in the research were Wuhan Institute of Virology and University of North Carolina.