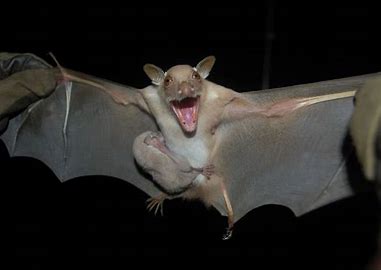 Debate over the idea that the SARS-CoV-2 coronavirus emerged from a laboratory has escalated over the past few weeks, coinciding with the annual World Health Assembly, at which the World Health Organization (WHO) and officials from nearly 200 countries discussed the Covid-19 pandemic.

After last year’s assembly, the WHO agreed to sponsor the first phase of an investigation into the pandemic’s origins, which took place in China in early 2021.

Most scientists say SARS-CoV-2 probably has a natural origin, and was transmitted from an animal to humans. However, a lab leak has not been ruled out and many are calling for a deeper investigation into the hypothesis that the virus emerged from the Wuhan Institute of Virology (WIV), located in the Chinese city where the first Covid-19 cases were reported.

On May 26, US President Joe Biden tasked the US Intelligence Community to join efforts to find SARS-CoV-2’s origins, whatever they might be, and report back in 90 days.

Australia, the European Union and Japan have also called for a robust investigation into SARS-CoV-2’s origins in China. The WHO has yet to reveal the next phase of its investigation. But China has asked that the probe examine other countries.

Such reticence, and the fact that China has withheld information in the past, has fuelled suspicions of a ‘lab leak’. For instance, Chinese government officials suppressed crucial public-health data at the start of the Covid-19 pandemic, and during the 2002-04 severe acute respiratory syndrome (SARS) epidemic, according to high-level reports.

At the assembly, Mike Ryan, director of health emergencies at the WHO, asked for less politicisation of calls for an origin investigation, which have, in many ways, devolved into accusations.

“Over the last number of days, we have seen more and more and more discourse in the media, with terribly little actual news, or evidence, or new material,” said Ryan. “This is disturbing.”

We look at the key arguments that support a lab leak, and the extent to which research has answers.

Scientists don’t have enough evidence about the origins of SARS-CoV-2 to rule out the lab-leak hypothesis, or to prove the alternative – that the virus has a natural origin. Many infectious-disease researchers agree that the most probable scenario is that the virus evolved naturally and spread from a bat either directly to a person or through an intermediate animal.

Most emerging infectious diseases begin with a spill-over from nature, as was seen with HIV, influenza epidemics, Ebola outbreaks and the coronaviruses that caused the SARS epidemic beginning in 2002 and the Middle East respiratory syndrome (MERS) outbreak beginning in 2012.

Researchers have some leads that support a natural origin. Bats are known carriers of coronaviruses, and scientists have determined that the genome of SARS-CoV-2 is most similar to that of RATG13, a coronavirus that was first found in a horseshoe bat (Rhinolophus affinis) in the southern Chinese province of Yunnan in 20133. But RATG13’s genome is only 96 per cent identical to SARS-CoV-2’s, suggesting that a closer relative of the virus – the one passed to humans – remains unknown.

Still, the possibility remains that SARS-CoV-2 escaped from a lab. Although lab leaks have never caused an epidemic, they have resulted in small outbreaks involving well-documented viruses. A relevant example happened in 2004, when two researchers were independently infected by the virus that causes SARS at a virology lab in Beijing that studied the disease. They spread the infection to seven others before the outbreak was contained.

In theory, Covid-19 could have come from a lab in a few ways. Researchers might have collected SARS-CoV-2 from an animal and maintained it in their lab to study or they might have created it by engineering coronavirus genomes.

In these scenarios, a person in the lab might have then been accidentally or deliberately infected by the virus, and then spread it to others – sparking the pandemic. There is currently no clear evidence to back these scenarios, but they aren’t impossible.

People have made a number of arguments for a lab origin for SARS-CoV-2 that are currently conjecture. The biggest mystery: what it will take to trace the coronavirus source

One holds that it’s suspicious that, almost a year and a half into the pandemic, SARS-CoV-2’s closest relative still hasn’t been found in an animal. Another suggests it is no coincidence that Covid-19 was first detected in Wuhan, where a top lab studying coronaviruses, the WIV, is located.

Some lab-leak proponents contend that the virus contains unusual features and genetic sequences signalling that it was engineered by humans. And some say that SARS-CoV-2 spreads among people so readily that it must have been created with that intention.

Another argument suggests that SARS-CoV-2 might have derived from coronaviruses found in an unused mine where WIV researchers collected samples from bats between 2012 and 2015. So, what do infectious disease researchers and evolutionary biologists say about these arguments?

Is it suspicious that no animal has been identified as transmitting the virus to humans?

Outbreak-origin investigations often take years, and some culprits remain unknown. It took 14 years to nail down the origin of the SARS epidemic, which began with a virus in bats that spread to humans, most likely through civets. To date, a complete Ebola virus has never been isolated from an animal in the region where the world’s largest outbreak occurred between 2013 and 2016.

Origin investigations are complicated because outbreaks among animals that aren’t the main hosts of a particular virus, such as civets in the case of SARS, are often sporadic. Researchers must find the right animal before it dies or clears the infection. And, even if the animal tests positive, viruses found in saliva, faeces or blood are often degraded, making it difficult to sequence the pathogen’s whole genome.

Scientists have made some progress since the pandemic began, however. For example, a report, posted to the preprint server bioRxiv on May 27, suggests that RmYN02, a coronavirus in bats in southern China, might be more closely related to SARS-CoV-2 than RATG13 is.