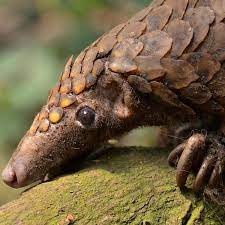 Game rangers, vets, casino staff, construction and transport industry workers, as well as customs and other government officials, have been identified as role-players in the ecosystem of illegal trade in wildlife and wildlife products.

The finding was made by the South African Anti-Money Laundering Integrated Task Force (SAMLIT) in its profiling of role-players.

In a report released on Tuesday this week, the SAMLIT said the various actors and the methods they used for illegal wildlife trade (IWT), have been captured in a report compiled by an expert working group. The SAMLIT working group focused on the money flows related to this trade.

It was established in 2019 by the Financial Intelligence Centre (FIC) as a public-private partnership between the banking sector and sector regulatory authorities.

“SAMLIT provides a platform for members to centralise information sharing, with a view to ensuring that necessary steps be taken to prevent, detect, investigate, and prosecute priority crimes in the financial sector,” read the statement.

It said, across the globe, these types of partnerships had increasingly been hailed as the best-suited response to address financial crimes.

Gerald Byleveld, Investec’s Financial Crime Compliance head and lead of the expert working group, said: “By collaborating to identify suspicious and unusual transactions, as well as the networks exposed when perpetrators use the financial system, we can preserve South Africa’s rich natural heritage by bringing these criminals to book.”

The work of SAMLIT had been commended by the Duke of Cambridge Prince William, in his role as President of the Royal Foundation’s United for Wildlife, which has supported the expert working group.

In a letter to SAMLIT, Prince William wrote, “This report and related initiatives by SAMLIT and the expert working group are great examples of how – by bringing the public and private sectors together – we can deliver a significant blow to the growing illegal trade in wildlife that is such a threat to our planet. I hope other countries will follow the leadership and commitment shown by you and your colleagues in South Africa, and I look forward to our continued partnership.”

The World Economic Forum had identified IWT as one of the most lucrative criminal enterprises globally, valued between $7 and $23 annually.

“In this milieu, with its diverse wildlife, South Africa is a source and transit point for the illegal trade in wildlife and wildlife products,” reads the statement.

SAMLIT said through this work, profiles of the role players from the point of sourcing wildlife and wildlife products to their eventual export were identified. The report and its findings are important and will be critical for creating awareness about the illegal wildlife trade.

“Central to the report is that it also helps identify those involved in the money flows associated with IWT.

“The research confirmed, for example, that cash is used extensively in this trade at lower levels and that perpetrators include game rangers, vets, casino staff, construction and transport industry workers, as well as customs and other government officials.

“It also revealed that payment methods and laundering tactics become much more sophisticated further up the supply chain,” it said.

Wildlife products most popularly traded out of South Africa include rhino horn, abalone and pangolin, with ivory being moved through South Africa in transit to the East, with China and other Asian countries representing the largest markets.

Pangolins are currently the most trafficked mammal as their meat is considered a delicacy, their scales are used in traditional medicine and their skin processed into leather products.

“This IWT report is a critical body of work, which proves that collaboration is the only way to fulfil SAMLIT’s objectives to increase the efficiency and effectiveness in combating financial crime. We are also encouraged, as this report proves what is possible in the future,” said SAMLIT Steering Committee Chairperson, Advocate Xolisile Khanyile.