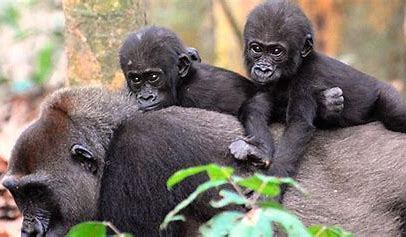 Uganda and the Democratic Republic of Congo have embarked on training of law enforcers as a long-term response wildlife trafficking between the two neighbours.

The International Fund for Animal Welfare (IFAW), says in a press statement issued in Fort Portal on Tuesday October 19, Uganda that the one-week training will equip the security personnel with skills on how to tackle wildlife crime, besides equipping them with knowledge on the economic and cultural importance of wildlife.

According to the IFAW, the training mainly targets officers stationed in Uganda’s western districts within the Queen Elizabeth Conservation Area bordering the Virunga National Park in the Democratic Republic of Congo (DRC).

“IFAW recognises that the key to suppressing the threat of wildlife trafficking is to address the entire enforcement chain from detection, interdiction, apprehension, to prosecution and conviction,” said James Isiche, Regional Director IFAW East Africa. “We consistently invest in capacity building to increase the expertise of law enforcement officers,” he added.

These include the identification and detection of wildlife species and trophies, wildlife smuggling and concealment techniques, exhibit handling and management, chain of custody, vehicle search and inspection, interviewing and interrogation of suspects, disposal of confiscated animal products and welfare of confiscated live animals.

IFAW’s partnership with organisations such as UWA, IUCN NL, police, UPDF and Customs Departments recognises that success in addressing wildlife trafficking can only be attained by forming linkages or networks that allow for structured and sustained coordination and collaboration among law enforcement agencies not only across departments but across national borders and continents.

In the last 20 years, IFAW has held over 140 capacity building workshops focused on detecting and deterring wildlife crime training over 6,000 officers in Africa, the Middle East, Asia, Oceania, and the Caribbean. Trainings are held in collaboration with national institutions in the respective countries.