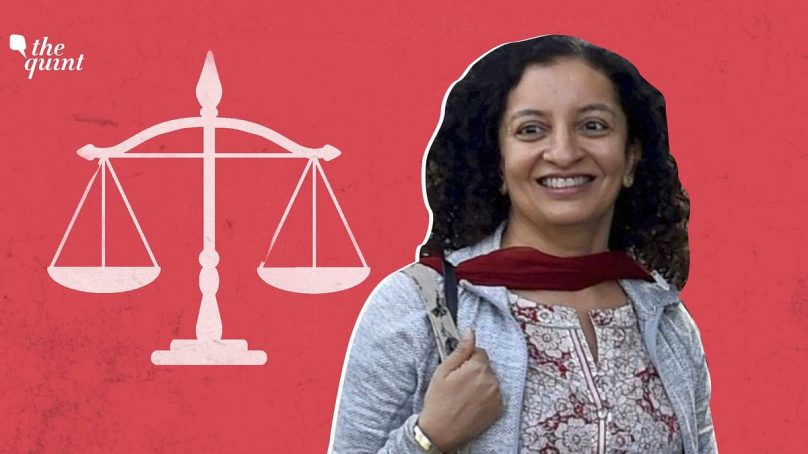 The acquittal of senior journalist Priya Ramani of criminal charges of defamation brought by former editor and politician MJ Akbar is a landmark in the struggle against sexual harassment at the workplace in India.

On February 17, 2021, history was made in a court room on Rouse Avenue in New Delhi when additional chief metropolitan magistrate Ravindra Kumar Pandey acquitted journalist Priya Ramani in the criminal defamation case filed against her by journalist-turned politician MJ Akbar.

The court further held that Priya Ramani’s disclosure was in the interest of redressing sexual harassment at workplace, and that “society must understand the impact of sexual abuse and harassment on its victims.”

The court also recognised that at the time of the incidents, there was no mechanism to deal with grievances of sexual harassment at the workplace.

When accounts in the entertainment industry in Hollywood of sexual harassment exploded on the global stage, Priya Ramani wrote in an October 2017 issue of Vogue an “Open Letter to an unnamed “male boss”, prophesying, “We’ll get you all one day.”

She described an uncomfortable job interview in a hotel room, inappropriate behaviour and unwelcome advances from a senior editor hiring for the soon-to-be-launched Asian Age. It was only a year later, in October 2018, when #MeToo reverberated in the media industry in India, that she named him in a tweet.

Ten days later, MJ Akbar, then a minister in the Bharatiya Janata Party (BJP) government, filed a criminal defamation case against Priya Ramani through a high-profile law firm with a battery of lawyers arguing that his “stellar reputation” had been “tarnished”. But the floodgates had opened; there was no holding back. By then, another journalist had gone public with her harrowing account of sexual harassment by MJ Akbar, and soon, more than 15 women journalists narrated their stories of being sexually harassed by their then editor, MJ Akbar.

As the IFJ South Asia Press Freedom Report 2020 Truth vs Misinformation highlighted, there was an immediate and vigorous pushback by the powerful men who had been named: defamation law suits – both criminal and civil – were slapped on women who dared to speak out.

The process became the punishment and the drain on time and money was significant – Priya Ramani had to travel between her Bengaluru home and New Delhi more than two dozen times over the two-year period. Likewise, poet and filmmaker Leena Manimekalai, who was slapped with a criminal defamation case by Tamil film director Susi Ganesan, was extensively slut-shamed on social media.

Endless court hearings even caused her to miss the very first screening of her new documentary. Other journalists, artists and filmmakers were also burdened by criminal and civil suits which continue to drag on. Another way of obliterating women’s voices was the filing of ‘take down’ notices to prevent media houses from covering cases of sexual harassment, effectively gagging the media from coverage of allegations of sexual harassment and assault by men in high positions.

Armed with the truth and a belief that her testimony was in the public interest, fighting on Priya Ramani’s side was feisty criminal lawyer Rebecca John, who fought what she said was one of the most important cases in her career because of its larger ramifications.

Three significant observations in the judgement in Priya Ramani’s case are – recognition of working women’s right to dignity: A right to reputation cannot be protected at the cost of a right to dignity.

Acknowledgement that even rich and famous men can be predators: The court said that it could not be ignored that sexual harassment and abuse often took place behind closed doors.

Despite how well-respected some persons are in the society, they in their personal lives, could show extreme cruelty to the females.

Affirmation of victim-survivors’ right to speak out at any time: The courts observation that “the woman has a right to put her grievance at any platform of her choice and even after decades” is a fitting response to those who dismiss a woman’s testimony simply because of the delay in disclosure.

In the 91-page judgment, though the allegations pertained to incidents more than two decades ago, violation of women’s right to life and dignity come under the rubric of Article 21 of the Constitution and the right to equality and equal protection of the law under Article 14.

The judgment will serve as a significant precedent for the women who spoke out during the #MeToo movement in India in 2017 and 2018. Many are still reeling under defamation cases, both criminal and civil, since naming powerful predators came at high personal and professional cost.

In a statement welcoming the verdict, the Network of Women in Media, India said, “NWMI also hopes that this judgment will serve as a wake-up call for newsrooms to implement the law [The Sexual Harassment of Women at the Workplace (Prevention, Prohibition Redressal) Act, 2013] in both letter and spirit.

Workplace discrimination must end and media companies must actively affirm zero tolerance for sexual harassment. The struggle to achieve justice and closure in sexual harassment and assault cases is a long and arduous one, made worse by a hostile social environment and the frequent failure of law enforcing agencies and justice delivery mechanisms.

The judgment in the Priya Ramani case offers hope that justice will be delivered to women who speak out, with the dignity and respect they deserve.”

‘India’s Covid death may be far above 200,000 as rural cases are unregistered’