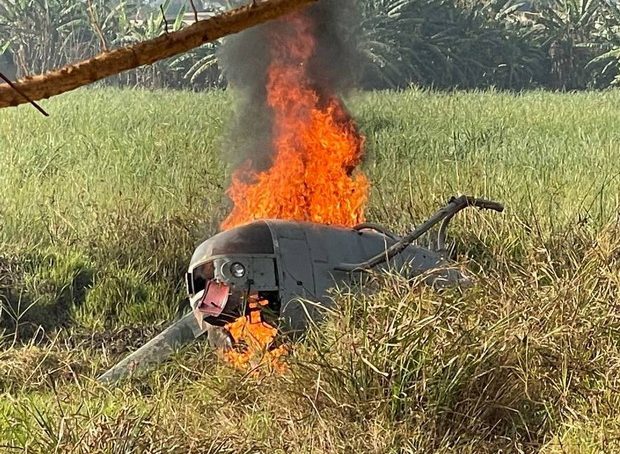 The governments of the Central African Republic (CAR) and Mali are using Wagner, the shadowy Russian private military company believed to be close to Russian President Vladimir Putin, as an agent for attacks against civilians, new research suggests.

And the CAR’s President Faustin-Archange Touadéra is going further by deploying Wagner as a deniable proxy in such attacks, according to the Armed Conflict Location & Event Data Project (ACLED) report. This apparently echoes Russia’s use of the paramilitary organisation in other theatres of war such as Ukraine and Syria.

Private military companies – aka mercenaries – have featured in African politics since independence. Many governments have resorted to hired guns as their security forces battle to secure control over all their territories, largely due to weak governance and failed security sector reform.

And Wagner hasn’t been the only one. In 2019, for example, after Wagner failed to contain the Islamic State-affiliated insurgency in northern Mozambique, it was replaced by a South African-based private military company Dyck Advisory Group.

Concerns about the role of such companies in conflict situations extend beyond Africa. The United Nations Working Group on the use of mercenaries said in March this year it was ‘alarmed by the growing use of mercenaries and mercenary-related actors in armed conflicts around the world.’ The UN was particularly worried about the propensity of such groups ‘to indiscriminately target civilians.’

This is the problem ACLED hones in on. It has calculated that civilian targeting accounts for 52 per cent and 71 per cent of Wagner’s involvement in political violence in the CAR and Mali respectively. In both countries, this exceeds the rate of civilian targeting by state forces or major insurgent groups.

Intriguingly, ACLED found that when Wagner was operating independently of CAR state forces, 70 per cent of their engagements targeted civilians, compared to just 22 per cent when working alongside state forces.

ACLED’s interpretation of this data is that despite hiring Wagner, Touadéra still depends on Western aid and is trying to mask the abuse of civilians by leaving it largely to Wagner.

By contrast, the Malian junta that took power in a coup last year is indifferent to the opinions of the international community, having expelled former partners such as France, and so isn’t trying to camouflage its abuse of civilians.

Wagner, which Western intelligence believes is operated by Putin’s close ally Yevgeny Prigozhin, has served as a deniable proxy for clandestine Russian military activity since 2014. That was when its forces surreptitiously entered Ukraine’s eastern Donbas region to fight Ukraine’s military. Wagner operatives were believed to be among the ‘little green men’ – the incognito Russian forces who conducted the campaign.

Since then, Wagner’s activities have proliferated across the Middle East and Africa, including in Syria, Libya, Mozambique, the CAR and now Mali. Some reports suggest they have been active also in the Democratic Republic of the Congo, Angola, Madagascar, Zimbabwe and Sudan, ACLED says.

But Wagner’s role in expanding Russia’s global influence has come under much closer scrutiny since Russia invaded Ukraine on February 24. On March 30, for example, the Foreign Affairs Committee of the United Kingdom Parliament launched an inquiry into states’ use of private military contractors, with particular attention to Wagner.

And in April the United States (US) House of Representatives passed the Countering Malign Russian Activities in Africa Act, which was largely inspired by Wagner’s growing African presence. The legislation would authorise US sanctions against Russian entities like Wagner and African governments and other bodies doing business with them.

Interestingly South Africa’s government has been lobbying hard against this bill, which it believes was intended to punish African states for not supporting United Nations General Assembly resolutions condemning Russia’s invasion of Ukraine.

Pretoria diplomats claim privately they have succeeded and the bill won’t enter into force. President Cyril Ramaphosa was expected to raise the issue again in his meeting with US President Joe Biden in the White House today.

Wagner began operating in the CAR in 2018. Though some accusations of human rights abuses emerged as early as 2019, it was generally seen as playing a positive role from late 2020. The company helped prevent the Coalition for Patriots of Change, led by former president François Bozizé, from toppling Touadéra. However, after that, Wagner helped Touadéra control civilians in previously rebel-held areas, much of it targeting the Fulani people and Muslims more generally, who were suspected of rebel sympathies.

In Mali, ACLED notes, Wagner began operating from the end of 2021 as the country moved away from its traditional security partners such as France. This coincided with a scaling-up of operations against Islamist militants, including multiple deadly attacks targeting civilians by government troops and Wagner.

Allegations of human rights abuses against civilians in the CAR, especially by Wagner operatives, aren’t new. The UN has reported on them several times. In October 2021, for example, a group of UN experts said: ‘Civilians, including peacekeepers, journalists, aid workers and minorities in the [CAR] have been violently harassed and intimidated by so-called “Russian instructors” from the Wagner Group.’

ACLED adds to this analysis by suggesting that both the CAR and Mali governments are using Wagner as a ‘useful foil’ to shift attention from abuses committed by state security forces against civilians – notably Fulani communities ‘stigmatized for their perceived connections with armed insurgencies.’

The African Union’s Convention for the Elimination of Mercenarism in Africa outlaws mercenary activity, but only seems to apply to mercenaries acting against states. Wagner, by contrast, has been hired by the governments of the CAR and Mali.

Nevertheless, the reports by ACLED, the UN and others show that what is really at stake here is not which combatant it is backing, but how it treats those perennial victims of such power struggles – the innocent civilians.

Why millions are mourning Queen Elizabeth: They feel the loss as a part of themselves, even those who never met her