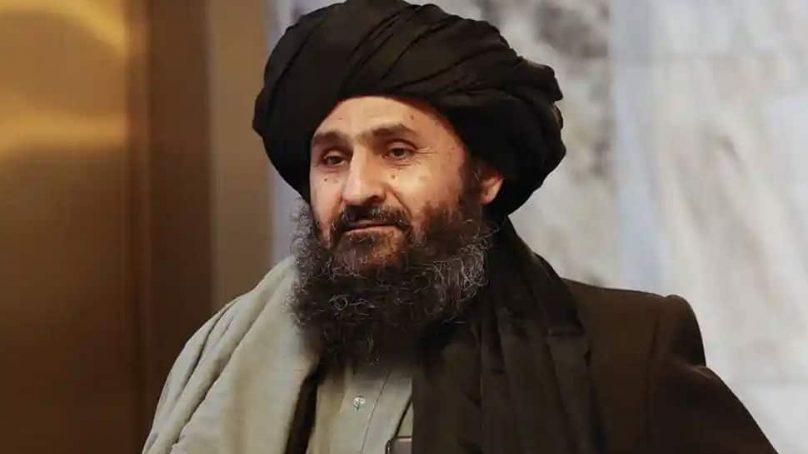 The international community is waiting to see what a Taliban-led government will mean for Afghanistan and its people. But one thing is certain: new sanctions are on the horizon, and they will be broad, hard-hitting, and long-lasting.

They will be imposed when political incentives or economic levers fail to deliver what the international community demands, be it guarantees on women’s rights, or promises to reject global terrorism.

Sanctions are vitally important but blunt tools that risk heaping additional suffering on the Afghan people – and exacerbating a humanitarian crisis the aid sector is desperately trying to avert. Existing US sanctions on the Taliban, imposed following the September 11, 2001 attacks, are already having an impact.

The US has already frozen more than $9 billion of Afghan government reserves. Dollar shipments to Afghanistan have also stopped, leading to a growing liquidity crisis. The World Bank, IMF, and NATO have suspended or cut financial assistance amounting to hundreds of millions of dollars. More restrictions are likely to follow as the dust settles.

Afraid of running afoul of US regulations that essentially criminalise all monetary transactions with the Taliban, humanitarian groups are scrambling to ensure they don’t inadvertently cross the line. The UN also has sanctions against the Taliban, in place since 1999.

Before new rounds of sanctions are adopted, policymakers should learn from the mistakes of the past, and steer clear of the unintended humanitarian consequences of these ever-popular instruments of foreign and security policy.

There should be no excuse for a repeat of the errors from previous embargoes on Iraq, the former Yugoslavia, and Cuba, nor today’s de facto comprehensive sanctions on countries like Iran, North Korea, Syria, or Venezuela.

“Before new rounds of sanctions are adopted, policymakers should learn from the mistakes of the past.”

The US will likely lead the way in imposing a raft of new measures affecting Afghanistan, should its political or economic leverage fail to influence a Taliban-led government. But even without new sanctions, Afghanistan’s economy and public sectors are already at the breaking point.

Amid rapidly worsening currency volatility and inflation, banks are quickly running out of cash. Other means of transferring funds, such as Western Union or Transfer Galaxy, temporarily stopped operations and are now attempting to navigate the new regulatory environment.

The humanitarian and health situations are rapidly deteriorating. Donor cuts have left fewer than one in five health facilities – previously supported by a World Bank programme – fully operational, the World Health Organization said on September 22.

Afghanistan urgently needs to reactivate all health services, through a humanitarian channel, to allow healthcare professionals to deliver emergency and long-term care.

Yet any new sanctions and counterterrorism restrictions will impose new layers of complexity. The risks are that international banks will refuse services relating to Afghanistan, for fear of steep fines from the US Treasury Department. Humanitarian organisations – relied on to deliver aid that can no longer go through the Afghan government – may curtail operations due to cumbersome bureaucracy and difficulties paying staff on the ground.

On September 24, the US Treasury Department issued a new exemption, known as a general licence, intended to allow for the delivery of food, medicine, Covid-19 assistance, and other critical humanitarian aid. While such a move is important, sanctions can still continue to have a well-documented “chilling effect” on risk-averse firms. Clear guidance remains key so that firms and NGOs can understand exactly who and what falls under existing US designations.

Designing a new and more humane sanctions regime on Afghanistan is an opportunity for the Biden administration to showcase a more strategic approach, especially after its recent review into the future of US sanctions.

“If not planned carefully with humanitarian considerations in mind, an aggressive new international sanctions strategy on Afghanistan risks tumbling into a familiar trap.”

It’s also a chance for the US and its allies to show they have learned from the grave mistakes of the past. Formal and informal remittance channels – everything from banks and Western Union to digital payment apps and hewala – must also be protected as a matter of urgency. These are vital lifelines for Afghan families.

If not planned carefully with humanitarian considerations in mind, an aggressive new international sanctions strategy on Afghanistan risks tumbling into a familiar trap, crippling a target country’s economy and exerting long-term infrastructural damage.

Poorly planned sanctions will fall short of their foreign policy objectives. Instead, they will exact long-lasting damage on ordinary civilians, leaving fragile populations less resilient and more vulnerable to the humanitarian catastrophe unfolding in Afghanistan.