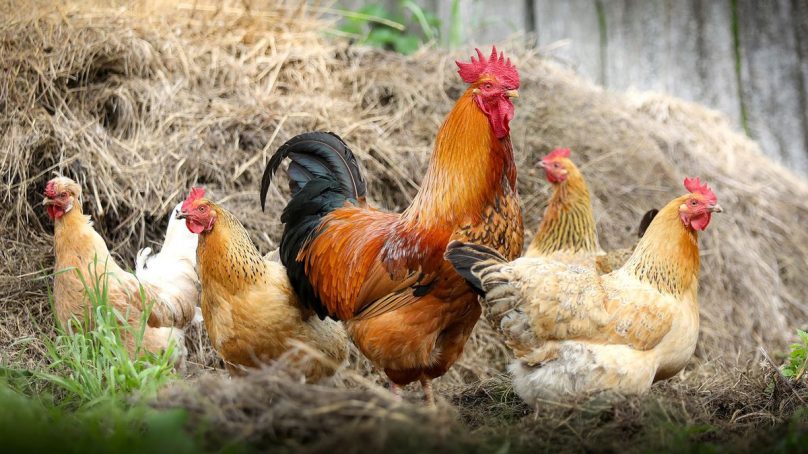 Every year, food tainted with Salmonella and Campylobacter bacteria causes nearly three million illnesses in the US, according to the Centers for Disease Control and Prevention. Among those sickened by Salmonella, 26,500 will be hospitalised and 420 will die, accruing an estimated $365 million in direct medical costs.

Although Campylobacter is less likely to lead to hospitalisation or death, it’s still no fun, causing diarrhoea, vomiting, nausea and, in some cases, long-term health problems. Pre-schoolers and the elderly are most at risk.

These pathogens can lurk in many different kinds of foods, but chicken and eggs are major sources. Researchers regularly find Salmonella or Campylobacter on chicken sold at grocery stores, with anywhere from eight per cent to 24 per cent of packages testing positive. The law doesn’t ban the sale of raw chicken that’s contaminated like this – instead, it requires manufacturers to test a certain percentage of chicken coming off the production line, and as long as positive tests remain beneath a threshold, production can continue unchanged.

Part of the thinking is that raw chicken – unlike, say, lettuce – gets cooked, killing the microbes. But advocates for change find holes in that reasoning: If it’s so simple, they wonder, why do so many people get sick?

What are some of the challenges to eliminating these pathogens on the farm or in the processing facilities?

Campylobacter has an optimal growth temperature of about 42 degrees Celsius, which happens to be the body temperature of chickens. It’s pretty well adapted to poultry. And wild birds are carriers for Salmonella. So are house cats and cockroaches. It can get on the poultry feed when it’s stored. Mice and rats, they love grain. Salmonella can be airborne.

If we had faster, better and more precise diagnostic tools, other stuff would get easier. For example, in testing control measures, you don’t know how effective the measure was until you have really good diagnostic tools and can ask: How much did we lower the numbers when we applied this treatment?

We also need tools for rapid identification of Salmonella’s different serovars – the traditional typing system for this pathogen that is based on immunological assays. Identifying the serovar is important because not all Salmonella are equal. Salmonella serovars Typhimurium and Enteritidis – these are pathogens of major concern and have been the source of a lot of outbreaks.

Other serovars, you would not assign much risk to them. Ideally, you’d have a sensor that would instantly tell you which Salmonella serovar was there and in what kind of amounts.

Salmonella is not just one organism: Some kinds cause food poisoning and others cause typhoid and paratyphoid fever. Salmonella can further be divided into thousands of distinct types, or serovars. Only some cause problems for people. (Anyone who wants to feast on the intricacies of Salmonella nomenclature can learn more here.) This figure shows major Salmonella serovars in cases of food poisoning and samples of broiler and turkey meat in the EU for three years. Types and proportions of serovars overlap but differ between the meats and human cases. Serovars Typhimurium and Enteritidis are heavily represented in food poisoning cases. Serovars contributing to food poisoning can shift over time.

In your paper, you mention that to fight these pathogens the poultry industry uses probiotics (bacteria thought to be beneficial) and prebiotics (nutrients that promote growth of probiotics). You also mention essential oils. What’s the idea behind these things?

There’s been a growing concern about antibiotic resistance, so the poultry industry has been working to curtail routine antibiotic supplementation. The thing is, antibiotics had a benefit, so now there’s a lot of interest in trying to recoup some of that benefit with these other compounds. Essential oils, probiotics and prebiotics can be added to the feed or water, but they each have a different aim.

Essential oils have antimicrobial properties. They have the potential to kill foodborne pathogens – depending, of course, on the particular compound, the pathogen and the concentration.

Probiotics and prebiotics work, in different ways, to prevent pathogens from establishing in the gut in the first place. Some people think of these products as more like snake oil.

There’s actually a lot of science behind it. We have worked with essential oils from the citrus industry and they can be very inhibitory towards pathogen growth and survival. In one study, orange oil reduced Salmonella by a detectable number, by a log or two, which in the industry would be important. I wouldn’t say we’ve achieved complete kills of the pathogens, but antibiotics haven’t done that either. Of course, some essential oils are inhibitory and some are not. In a best-case scenario, we want to reduce the pathogens below detection limits.

Probiotics used in the poultry industry include Bacillus, Bifidobacteria and Lactobacillus. It’s pretty much what’s in yogurt, but maybe different strains. The aim here is to help establish a healthy gut microbial population.

Broiler chickens being reared in a large broiler house in Maryland. Development of better, rapid, accurate tests for Salmonella contamination — especially for the types, or serovars, that are associated with human food poisoning cases — will make it far easier to identify tainted poultry in farm and processing settings. It also will help researchers to assess the effectiveness of control measures such as the use of probiotics and prebiotics.

In a young bird’s first 24 to 48 hours, they’re pretty susceptible because their gut microbes are not well-developed. With probiotics and prebiotics, you can accelerate the development of the young bird’s gut microbes. When you establish a healthy gut microbial population, it serves as a barrier to prevent pathogens from establishing. It’s called competitive exclusion, which is sort of like saying, the neighbourhood is already occupied and there’s no way for pathogens to buy a house.

Anything you can do to stack the deck against pathogens and support your good bacteria, that’s a win.

Prodigal tongue: Why dirty or curse words are deliciously a vibrant part of fast language learning