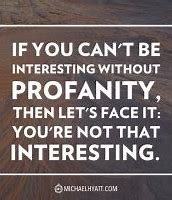 Prodigal tongue: Why dirty or curse words are deliciously a vibrant part of fast language learning

One of the preeminent linguists of our time examines the realms of language that are considered shocking and taboo in order to understand what imbues curse words with such power – and why we love them so much.

Profanity has always been a deliciously vibrant part of our lexicon, an integral part of being human. In fact, our ability to curse comes from a different part of the brain than other parts of speech-the urgency with which we say “f**k!” is instead related to the instinct that tells us to flee from danger.

Language evolves with time, and so does what we consider profane or unspeakable. Nine Nasty Words is a rollicking examination of profanity, explored from every angle: historical, sociological, political, linguistic. In a particularly coarse moment, when the public discourse is shaped in part by once-shocking words, nothing could be timelier.

“Nine Nasty Words is a deeply intelligent celebration of language that teaches us how to see English in high definition and love it as it really is, right now and in its myriad incarnations to come,” according to The New York Times review.

“Rollicking, salty, learned, and intensely informative, John McWhorter’s Nine Nasty Words is a grand tour through the history of the profanities we (sometimes) abhor and (sometimes) revel in (and sometimes both), peppered with cameos by everyone from Geoffrey Chaucer and Cole Porter to Tallulah Bankhead and the too-little-known singer-songwriter Lucille Bogan, still making people blush seventy-odd years after her death. God bless her. I laughed frequently and learned plenty,” says Benjamin Dreyer, New York Times bestselling author of Dreyer’s English

“Shakespeare’s Caliban spoke for the human race when he said ‘You taught me language, and my profit on’t is, I know how to curse.’ Taboo language combines our touchiest social emotions with the poetic and metaphorical powers of language, and no one can explain these more clearly and compellingly than John McWhorter, writes Steven Pinker, Johnstone Professor of Psychology at Harvard University.

Prof is the author of The Stuff of Thought: Language as a Window into Human Nature.

In another New York Times review, bestselling author of Assholes: A Theory, Aaron James, observes, “Erudite and entertaining, McWhorter shows us foul language in its wonderful, fertile variety. We see how speech taboos that once applied to religion and the body now apply to groups of people – and why there should be such power (and pleasure) in transgressing them.”

“A bawdy, bodacious, and brilliant excursion through the wonderful world of profanity, filled with delicious tidbits (who knew that Edna St Vincent Millay practiced slinging the sh*t while darning?) and linguistic amuse bouches. In other words, it’s a f***ing great read,” says Ross and Kathryn Petras, New York Times bestselling authors of You’re Saying it Wrong.

“Effing delightful. A treat for every adult who used to look up swears in the dictionary (or still does),” June Casagrande, bestselling author of It Was the Best of Sentences, It Was the Worst of Sentences and Grammar Snobs Are Great Big Meanies.

“Dispensing his vast linguistic expertise with the lightest and deftest of touches, John McWhorter shows brilliantly how the ‘nastiest’ words can teach us about the dynamic and unruly nature of all language. Anyone interested in words (and not just the nasty ones) should read this book,” Joe Moran, author of First You Write a Sentence points out.

“Nine Nasty Words takes the reader round the back of the English language, only to show – with irrepressible humour and a dash of forbearance – how what we find there is central to who we are,” explains Rebecca Gowers, author of Horrible Words: A Guide to the Misuse of English.

“If you want to get down and dirty in the gutter of English (and, be honest, who doesn’t?) you’d better go with a guide who knows his sh*t. McWhorter gives a jovial, expert tour of the ‘bedrock swears’ from the offensive and profane to the merely ‘salty,’ not just where they came from, but how they have shifted and morphed in force, meaning, grammar and in the effect they produce.”—Arika Okrent, author of In the Land of Invented Languages

“Call me old-fashioned, but goshdarnit this book has an in-freaking-credible shipload of fizzy information. McWhorter’s delicate linguistic ear is put to indelicate and delectable use in this deep dive into the linguistic muck,” M. Lynne Murphy, Professor of Linguistics, University of Sussex, and author of The Prodigal Tongue writes.

According to Ann Patty, author of Living with a Dead Language, “Only a kick-ass writer could wrest such erudite historical fun from language’s sh*thouse. Damn, this is one hell of a book, and this p***y will never curse the same again.”