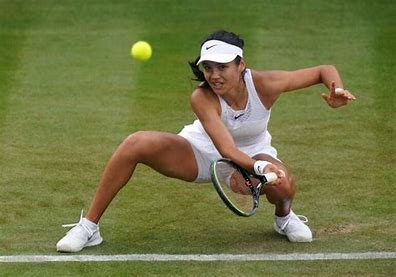 Emma Raducanu has delayed her return to tennis action following her magnificent US Open victory earlier this month after pulling out of next week’s Chicago Fall Classic event. Raducanu won her first ever Grand Slam at Flushing Meadows without dropping a single set and her potential return to action was in the event which starts on September 27.

But the teenager’s fans will now have to wait until the first week of October to see her back on the court, when she is expected to compete at the BNP Paribas event at Indian Wells. The 18-year-old joins fellow stars Coco Gauff, US Open semi-finalist Aryna Sabalenka and current World No.6 Sofia Kenin in withdrawing from the competition in Chicago.

Raducanu’s rise to fame in New York has lifted her to World Number 22, up from her position of 338 before the tournament began. The prize money for winning the event in Chicago stands at £413,767, ($56,000) compared with the £1.8 million ($2.5 million) she received after becoming the first qualifier in history to win a Grand Slam.

Speaking last week, the teen admitted that her victory was finally starting to hit home and she has her sights firmly set on winning more titles.

“It’s a great feeling to be back home. I’ve been away for seven weeks so it’s nice to be back,” she said. “That’s insane!” – Emma Raducanu’s amazing reaction to finding out she’s now world No.23

“I have a few days” rest and recovery (coming up), I think needed after the last seven weeks. But then I am straight back to training and hungry to get better and come back out and play some more tournaments.

“Sometimes, I just have random bursts where I think, “Oh my God, I just won the US Open. And then I go about as normal as if nothing has happened.”