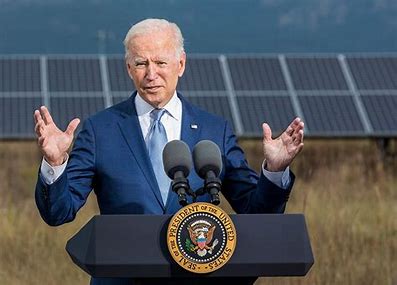 The United States has paved the way for further sanctions to be imposed on parties to the conflict in northern Ethiopia, where thousands have been killed and millions are in need of humanitarian assistance.

A new executive order allows Washington to take punitive action against those in the Ethiopian and Eritrean governments, the Tigray People’s Liberation Front (TPLF) and the Amhara regional government if they play a role in prolonging the conflict, obstructing humanitarian access or commit serious human rights abuse.

The move, which increases pressure on the parties to come to the negotiating table, comes after Washington has repeatedly called for a negotiated end to the conflict and for aid access to the northern region of Tigray, where the conflict began.

“Absent clear and concrete progress toward a negotiated ceasefire and an end to abuses – as well as unhindered humanitarian access to those Ethiopians who are suffering – the United States will designate imminently specific leaders, organisations and entities under this new sanctions regime,” US Secretary of State Antony Blinken warned in a statement.

Ethiopian Prime Minister Abiy Ahmed’s office posted a letter online addressed to President Joe Biden on Twitter, accusing the United States of failing to support Ethiopia in its struggle against the TPLF.

“While the entire world has turned its eyes onto Ethiopia and the Government for all the wrong reasons, it has failed to openly and sternly reprimand the terrorist group in the same manner it has been chastising my Government,” the letter read.

“As a long-time friend, strategic ally and partner in security, the United States’ recent policy against my country comes not only as a surprise to our proud nation, but evidently surpasses humanitarian concerns.”

The Amhara regional government said it was concerned about the inclusion of Amhara in the executive order, but promised to support a US State Department and Treasury Secretary investigation.

“The Amhara people are defending themselves against the invaders and criminals that came to their home,” it said in a statement.

The Eritrean minister of information and a spokesman for the TPLF were unreachable for comment. War broke out ten months ago between Ethiopia’s federal troops and forces loyal to the TPLF, which controls Tigray.

Since then, thousands have been killed and more than 2 million have fled their homes. Fighting spread in July from Tigray into the neighbouring regions of Amhara and Afar, also in the country’s north. Fighting in those two regions has displaced hundreds of thousands of people and made about 1.7 million dependent on food aid.

“The United States is determined to push for a peaceful resolution of this conflict,” Biden said in a statement.

More than five million more people within Tigray need humanitarian assistance but fewer than 10 per cent of needed supplies have reached the region over the past month due to obstruction of aid, a senior US administration official said, describing the situation as one of the “worst humanitarian and human rights crises in the world.”

The US Treasury Department on Friday also issued three general licenses authorizing certain activities and transactions in an effort to ensure the sanctions regime does not limit the ability for civilians to receive humanitarian support.

The Biden administration held back from imposing sanctions alongside the executive order in hopes that it provides incentive to move away from the military approach, another senior US administration official said.

The first official added that the administration expected significant discussion on Ethiopia next week during the annual high-level week of the United Nations General Assembly.

“Now is the time because we have been engaging for months on this and yet the situation has only deteriorated,” the official said.