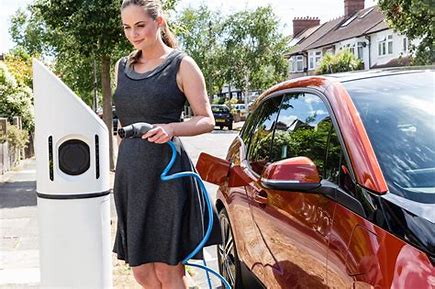 Rise of electric vehicles industry: Dealing with cars past their prime won’t end soon as cars are typically globe-trotters

This summer, Dirk Spiers, a tall, rumpled Dutchman-turned-Oklahoman, got a heads-up from General Motors about more problems with the Chevrolet Bolt. Over the previous year, the car model that had once been celebrated as GM’s grand victory over Tesla – the United States’ first truly mass-market electric vehicle – had begun to look more like a slow-motion disaster.

Bolts were being recalled because of a series of rare but destructive fires sparked when drivers left their cars charging overnight. GM had traced the problem to flaws in the lithium-ion battery cells manufactured by South Korea’s LG Chem.

Now the automaker was expanding the recall to all 141,000 Bolts sold worldwide since 2017. Fixing them would be a massive operation. Unlike the toaster-oven-sized lead-acid batteries inside most gas-powered vehicles, the lithium-ion battery pack inside the Bolt runs the full wheelbase of the car and weighs 960 pounds. It contains hundreds of battery cells that are delicate and finicky.

When taken apart for repairs, they can be dangerous, and incorrect handling can lead to noxious fumes and fires.

Spiers was a natural person to call for help. His relationship with GM had begun 11 years earlier, when he buttonholed the company’s head of development for an earlier electric vehicle, the Volt, about GM’s plan for the batteries when they broke or died.

It turned out GM didn’t really have one. Spiers turned that opening into a business that now handles the logistics of dead and dying EV batteries from every major carmaker that sells in the US, except Tesla. Spiers New Technologies takes flawed batteries and transports, tests, and – when possible – disassembles, fixes, and refurbishes them. “We get our hands dirty,” Spiers says.

When batteries can’t be fixed or reused, the company recycles some at its onsite facility. It also stores batteries. Lots of them. SNT’s main warehouse in Oklahoma City holds hundreds of electric car batteries, stacked on shelves that jut 30 feet into the air. With the Bolt recall, GM will send SNT many more.

Those batteries, and millions more like them that will eventually come off the road, are a challenge for the world’s electrified future. Automakers are pouring billions into electrification with the promise that this generation of cars will be cleaner than their gas-powered predecessors.

By the end of the decade, the International Energy Agency estimates there will be between 148 million and 230 million battery-powered vehicles on the road worldwide, accounting for up to 12 per cent of the global automotive fleet.

The last thing anyone wants is for those batteries to become waste. Lithium-ion batteries, like other electronics, are toxic, and can cause destructive fires that spread quickly – a danger that runs especially high when they are stored together.

A recent EPA report found that lithium-ion batteries caused at least 65 fires at municipal waste facilities last year, although most were ignited by smaller batteries, like those made for cell phones and laptops. In SNT’s warehouse, bright red emergency water lines snake across the ceilings, a safeguard against calamity.

But seen another way, those old batteries are an opportunity for an even greener automotive future. EVs are more eco-friendly than their gas-burning counterparts, but they still come with environmental costs.

Batteries contain valuable minerals like cobalt and lithium, which are primarily extracted and processed overseas, where they cost local communities dearly in labour abuses and vital resources like water and contribute to global carbon emissions.

Because of that, unchecked demand for new electric cars will “reduce greenhouse gas emissions in developed countries and urban centres and sacrifice places” where the materials are mined, says Hanjiro Ambrose, an engineer at the University of California, Davis Institute of Transportation Studies.

To make it work, recyclers are racing to come up with an efficient and planet-friendly way to reduce a used battery to its most valuable parts and then remake them into something new. Entrants include Redwood Materials, a Nevada firm led by former Tesla executives; Europe’s Northvolt; and Toronto-based Li-Cycle.

Others plan to squeeze every possible electron from a battery before it’s recycled by offering second or third uses after it comes out of a car.

In theory, according to research done in the lab of Alissa Kendall, a professor of civil and environmental engineering at the University of California, Davis, recycled materials could supply more than half of the cobalt, lithium, and nickel in new batteries by 2040, even as EVs get more popular.

The emerging EV industry needs a smart end-of-life process for batteries, alongside widespread charging stations, trained auto technicians, and a fortified power grid. It’s essential infrastructure, key to making our electrified future as green as possible. “We have to control these end-of-life batteries,” says Kendall. “It shouldn’t be a horror stream.”

One thing appears certain: The current way of dealing with cars past their prime won’t cut it. Cars are typically globe-trotters; the average vehicle may have three to four owners and cross international borders in its lifetime.

When it finally dies, it falls into a globe-spanning network of auctioneers, dismantlers, and scrap yards that try to dispose of cars as profitably as possible. “These vehicles go to auction and anybody can grab them,” Kendall says. “That’s where the Wild West is.”

Today’s system mostly works because scrap metal has value and there’s a healthy market for conventional auto parts. Dismantlers – including those that fly under the radar of regulators – make a fine art of wringing every penny from a dead car, explains Andy Latham, CEO of Salvage Wire, an auto recycling consultancy in the UK. That includes the lead-acid batteries that start gas-powered cars.

More than 95 per cent of them are recycled today because consumers can claim deposits when they return the batteries, and they are relatively simple to dismantle. Lithium-ion battery packs are, by contrast, heavy machines with dozens of components and radically different designs depending on their manufacturer.

“The voltages in these batteries are lethal,” says Latham, who trains salvagers just getting started with EVs. “People don’t know the risks involved.”