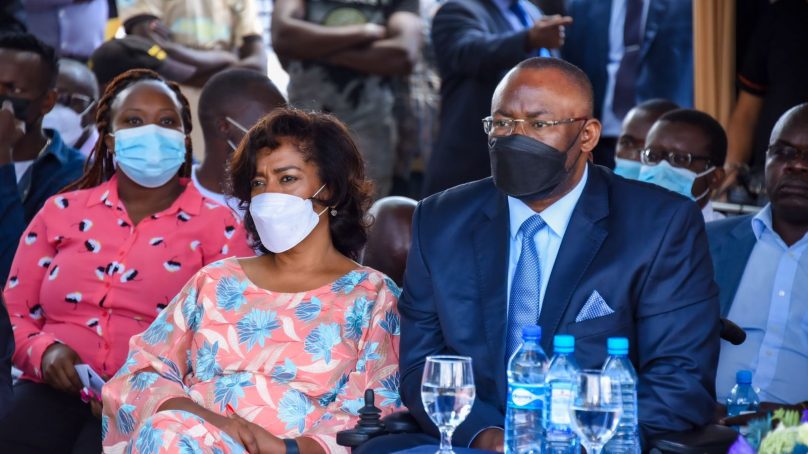 Whenever there is fire outbreak in the Kenyan capital, Nairobi, late response, lack of equipment and personnel have become all too familiar a narrative that leaves burns in the memories of victims and guts through the hearts of those who have to watch helplessly as their loved ones being recovered from smouldering embers.

Undeniably, infernos in Nairobi are always a minute away because of poor waste disposal, electrical faults and limited building access. Ironically, the county government’s capacity to respond to fire disasters has not expanded in tandem with the rising population from a hamlet with less than 2000 people over a century ago to the present megapolis that teems with approximately seven million day population.

Gikomba, the sprawling fresh-food and second-hand clothes and auto parts, has in recent years been synonymous with infernos that visit economic and human losses to a business community that supports more than a million people in the form of direct and indirect jobs in the retail business, transport, manufacturing, hotel, security, electronic and textile industries.

Against the scary backdrop of horror, the ad hoc agency – the Nairobi Metropolitan Services – controversially set up by the national government to plug the gaps in the management of city services has embarked on fire-fighting infrastructure modernisation that has received the necessary political backing.

Disaster response is never a strong point of Kenyan urban authorities, but the ad hoc outfit has set in motion plans to build a third fire station to supplement the current ones located in the overcrowded and space-stressed central business district (CBD) and Industrial Area.

The construction of the third – but modern – fire station got underway on November 3 in Gigiri, roughly seven kilometres west of the CBD, and is expected to be up and running within a year.

Successive regimes – even long before the transformation of Nairobi City Council into a county government – had done little to match the rising demand for security and social service brought about by rapid rural-urban migration.

Having served in various political positions in the capital – first as a civic leader, now member of parliament – Westlands MP Tim Wanyonyi has often expressed concern about Nairobi being an “evolving disaster” that needed to be fixed before it descends into Armageddon.

On average, Nairobi reports a fire incident every week, but many incidents never gain prominence because they are controlled before they cause large-scale damage to property and life.

According to Scorpion Properties Limited, the company co-financing the construction the new fire station in Gigiri, a bigger and modern fire services for Nairobi were long overdue.

Scorpion Properties Limited Managing Director Madatali Chatur says rapid response to fire incidents and accidents is a basic right, hence the public-private partnership deal it struck with NMS that includes a donation of half an acre of land for the facility in Gigiri – a high-end residential area.

The location hosts United Nations Environmental Programme headquarters and foreign embassies, including the United States’ and in the event of a fire, it was unlikely the currently available fire-fighting engines can cope. However, Chatur says one the station is operational it will have the capacity to respond to emergencies west, north and south of the CDB. The area has good road networks and comparatively low human and vehicle traffic, hence ease of access and mobility.

“Scorpion Properties Limited, a resident of Gigiri and citizens of Kenya have taken up the challenge to undertake a civic responsibility expected of every citizen in support of this great country,” Chatur said.

The horror images of the commercial and technology hub of East and Central Africa whenever there is a fire emergency informed the collaboration between NMS and Scorpion Properties Limited, he explained.

Even more critical is Westlands residential area where Kangemi, an informal settlement of corrugated iron-sheeted and timber shanties, that are prone to fire. In these shebeens live some 200,000 people who make up armies of workers who provide labour to the construction, transport, hotel, security domestic and health sectors, among others.

The cost of fire outbreaks in the Kenyan capital has never been accurately calculated to provide an accurate picture of what it means not to invest in functional firefighting in equipment and personnel in the largest urban settlement in East Africa.

Mr Wanyonyi, who has set his eyes on the governance of the county that has carved out the tag of citadel of corruption in Kenya’s devolved governance structure, says the safety of lives and property are a priority. The MP who has in the past two years been voted the all-round best-performing MP of Kenya’s National Assembly, says the location of the new facility is an ideal dispersal point fire services during an emergency.

The underperformance the Nairobi County government, as a result of entrenched corruption since the tenure of Governor Evans Kidero and his successor in the 2017 elections Mike Mbuvi Sonko, prompted President Uhuru Kenyatta to intervene with NMS under Maj-Gen Badi. NMS, though, still has legal issues to contend with, hence the need for a legitimate county government in the 2022 elections.

“I am truly grateful Gen Badi for his quick action and I am sure the residents of this area, those doing business around here and those working in United Nations offices will benefit from the services of this station,” Wanyonyi said during the ground-breaking ceremony for the project.

Maj-Gen Badi acknowledged that NMS had gone its call of duty as disaster management is not under its remit. The project, he said, is a product of intergovernmental efforts and partnership with the private sector.

Such is the relief that Karura Member of county Assembly Joseph Wambugu hailed the project as a milestone in preventing the loss of property in neighbouring informal settlements.

“This project should have been actualised a long time ago were it not for (bad) politics in City Hall. It is a timely venture that will help quell fires in neighbouring informal settlements at Githogoro, Gachie and Mji wa Huruma,” he explained.

An inferno is always looming in Nairobi. A month hardly goes without a fire incident that burns down residential buildings, business premises or factories. Yet the frequency and intensity of the fires had never attracted the Nairobi City County government, which is the commercial and technological hub of East and Central Africa.

The advantages have never inspired a sense of urgency to save lives, businesses and jobs in addition to upholding the city’s credibility as ideal for conference tourism.

The firs fire incident in Nairobi was recorded in 1902 on what then known as Indian Bazaar Street, the present Biashara Street near Jivanjee Garden.

With no sanitation services, the rat population thrived and spread the dreaded Black Death, a disease spread by rats. Then colonial Medical Officer of Health, Dr Alfred Spurrier, recommended the burning of the bush on street.

The fire destroyed property and businesses, which called for construction of the first fire station. Consequently, the facility was built on Tom Mboya Street in 1907. The second was built in Industrial Area in 1957.

Rise of electric vehicles industry: Dealing with cars past their prime won’t end soon as cars are typically globe-trotters