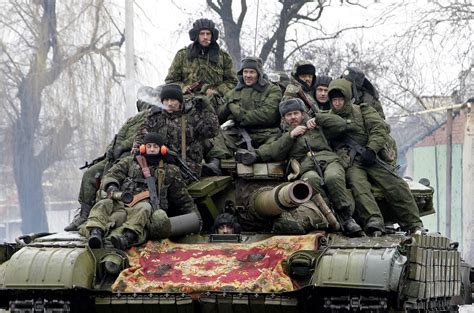 Vladimir Putin has been humiliated by the news that Russian soldiers are allegedly “self-mutilating” in a desperate bid to escape from the front lines, according to British newspaper The Express.

“In order to return to Russia, the invading soldiers are mutilating themselves and pretending to be sick, according to Ukraine’s General Staff,” The Express reported, citing an intelligence briefing on Thursday.

Quoting the intelligence, a Ukraine’s General Staff as reported by the newspaper, said, “Two sea-based cruise missile carriers are in readiness for the use of high-precision weapons in the waters of the Black and Azov Seas. Russian occupiers are suffering casualties, demoralised and looking for any chance to get a light wound.”

“In order to get back to the territory of the Russian Federation, they resort to self-mutilation and various simulations of poor health. Our fighter aircraft continue to patrol the airspace of Ukraine, and our strike aircraft provide fire support to units in designated operational areas without fail.” The report comes as Russian troops attempted to go on the offensive in the Kharkiv and Donetsk oblasts, but were repulsed by Ukrainian troops,” the report said.

Reports of self-mutilation of Russian soldiers deployed in Ukraine surfaced as the UN refugee agency UNHCR reported via Associated Press that the war has pushed global displacement figures to record levels. UNHCR has described the statistics a “tragic milestone”, having surpassed the figures recorded over the past decade.

Over the past decade, the agency reports, levels of displacement have increased every year, with figures currently at the highest level since record keeping began.

At the end of 2021, it notes, 89.3 million people were displaced, citing war, disasters, violence, persecution and human rights abuses as some of the factors. As of today, more than 100 million people have been forced to flee their homes — more than one per cent of humanity.

Wire news agency, AP, reports that the invasion of Ukraine triggered the fastest forced-displacement crisis since World War II — which, in conjunction with other emergency situations in Afghanistan, Africa and elsewhere, “pushed the figure over the dramatic milestone.”

More than five million Ukrainian refugees have been recorded across Europe since Russia’s invasion. Children make up almost half of the total global refugee population of the last decade, Unicef said in a separate report on Thursday.

A record 36.5 million children were displaced by the end of 2021 amid cascading crises, including in Afghanistan, Yemen and the Democratic Republic of Congo.

Climbing trends of global displacement will continue unless the international community makes a “new, concerted push towards peace-making,” the UN refugee agency said on Thursday.

Last year, several conflicts began around the world and existing ones escalated — with about two dozen nations, home to a total of 850 million people, experiencing medium- or high-intensity conflicts, according to the World Bank. “Fragility, conflict-related fatalities, and social unrest have increased dramatically,” World Bank Group President David Malpass said in March.

On top of conflict, food scarcity, inflation and the climate crisis have exacerbated hardship and stretched the humanitarian response, the United Nations noted.

Two-thirds of refugees and displaced people came from only five countries: Syria, at 6.8 million, followed by Venezuela, Afghanistan, South Sudan and Myanmar.

Low- and middle-income countries hosted more than 80 percent of all refugees and Venezuelans displaced abroad, the UN refugee agency said. Turkey hosted the largest refugee population worldwide — at 3.8 million — then Uganda, Pakistan and Germany. On a per capita basis, Lebanon — at 1 in 8 per capita — followed by Jordan and Turkey, hosted the largest number of refugees.

After leaving dangerous situations at home, many refugees still face conditions of precarity and vulnerability. The World Food Programme last month warned that Syrian families living in refugee camps in Iraq were facing “alarming levels” of food insecurity. The nation hosts around 260,000 Syrian refugees, including over 95,000 in camps.

There are 2.6 million Afghan refugees globally — with 2.2 million in neighboring Iran and Pakistan alone. As part of the chaotic US withdrawal from the country last year, the Biden administration evacuated 76,000 Afghans to the United States, leaving behind thousands others who wanted to escape as the Taliban took over.

The US Afghan resettlement programme has been overwhelmed, leaving some refugees struggling, separated from family members and in limbo in trying to find a long-term path forward. Many, including a coalition of Democratic senators late last month, have criticized what they see as the government’s asymmetrical treatment of refugees from different nations.

“While the US response to the Ukrainian refugee crisis has been admirable, it is unfortunate that this welcoming and accommodating model is not the standard for all humanitarian crises, wherever they occur, whether in Haiti, throughout Central America, in Africa, the Pacific, and elsewhere,” the senators wrote.

The conflict in Ukraine has also contributed to soaring food and fuel prices around the world. From Nigeria to Yemen, the crisis is hitting developing countries particularly hard, exacerbating hunger and food shortages.

“Ripple effects of the war in Ukraine have been reverberating globally against the backdrop of a gradual and uneven economic recovery from the Covid-19 pandemic,” a UN analysis of the world’s hunger hot spots noted.

With key ports in Ukraine blocked, US and European officials have accused Russia of using food as a weapon in the conflict. “Disruptions to the Ukrainian agricultural sector and constrained exports reduce global food supply, further increase global food prices, and finally push up already high levels of domestic food price inflation,” the United Nations said.

Ukraine and Russia produce about a third of the wheat traded in global markets and about a quarter of the world’s barley, according to the Washington-based International Food Policy Research Institute.