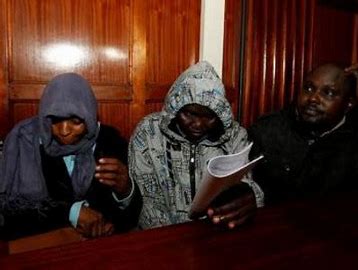 Four police officers and a police informer have a case to answer in the killing of a human rights lawyer, a Kenyan judge ruled on Monday, a rare move in a nation where rights groups have accused the police of hundreds of extrajudicial killings.

Lawyer Willie Kimani, 32, and his client Josephat Mwendwa disappeared in June 2016, shortly after filing a complaint alleging that Mwendwa had been shot and injured by police. Days later, their bodies – along with their taxi driver Joseph Muiruri – were recovered from a river bed outside Nairobi.

All five men have previously pleaded not guilty. Their lawyer was not immediately reachable for comment.

Kimani had been working for the International Justice Mission, a global legal rights group, which welcomed Monday’s ruling as “a positive move in realising justice” for the three dead men.

Kenyan cases typically move through three stages: the prosecution must prove whether the accused has a reasonable case to answer; the accused then present their defence; and a judge reaches a verdict and delivers a sentence.

Earlier this month, five police officers were charged with the 2018 murder of a man who died in police custody, the Independent Policing Oversight Authority (IPOA) said. Four other policemen are on trial for murder after a British aristocrat, Alex Monson, died in their custody in 2012. read more

IPOA was established in 2011 to investigate police misconduct and has received millions of dollars in foreign funding. Kenyans have filed thousands of complaints against police since its creation, but the organization has only secured 13 convictions against officers, IPOA data shows.

The organisation did not respond to queries about how many cases are in court.

Kenyan rights coalition Missing Voices says 105 people have allegedly been killed by the police or disappeared in their custody so far this year, and 167 in 2020.

Taliban mullahs replace women ministry with that of Guidance, Promotion of Virtue and Prevention of Vice